For this specs comparison, we’ll be taking a look at the two top-of-the-line smartphones from Huawei and LG to see which one looks better on paper. Will it be the LG G7+ ThinQ or the Huawei P20 Pro? Place your bets now and read on! 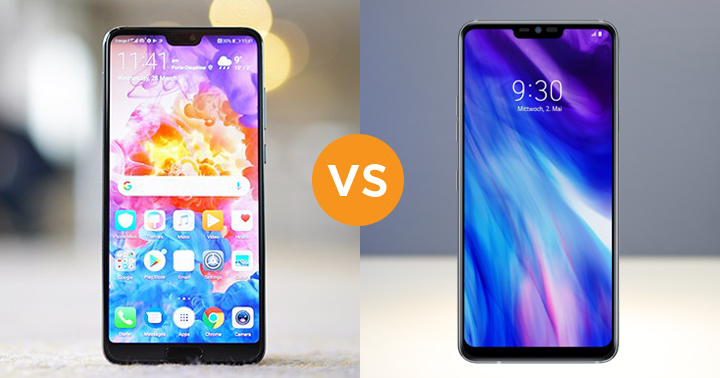 This comparison will be similar to our previous article with the LG G7 ThinQ vs Huawei P20 except for some major changes.

The G7+ ThinQ has a larger screen aspect ratio, resolution, and pixel density than the P20 Pro. If users want to have a device with a better viewing experience, the former is the right pick.

The Kirin 970 of the P20 Pro is at par with the Snapdragon 835 but the G7+ ThinQ has the newer Snapdragon 845 which is better. In terms of gaming performance, the Adreno 630 is better performing than the Mali-G72 MP12.

The G7+ ThinQ is equipped with a dual rear camera setup but the P20 Pro has triple Leica rear cameras with a 40MP main lens. We’ve yet to know which one is better until we get our hands on the G7. For now, users can check out the sample shots that we took with the P20 Pro here.

The P20 Pro is the clear winner in terms of battery capacity. At 1,000mAh more, that’s a big deal. They both have fast charging technology but the main difference is that the latter has a wireless charging support.

Overall, if users want to go for a smartphone with a better viewing experience, faster CPU, and GPU performance, without sacrificing the 3.5mm audio port, then the G7+ ThinQ is the one for you. Camera performance-wise, the P20 Pro has already proven its quality (see our review here), but we’re not discounting the G7= ThinQ just yet.

The Huawei P20 Pro is priced at Php44,990 while the LG G7+ ThinQ is yet to be priced officially. What do you guys think? Let us know your thoughts in the comments section below.