In this episode of specs comparison, two newly released flagship smartphones are put head to head. Will the money go to the LG G7 ThinQ or the Huawei P20? Let’s start! 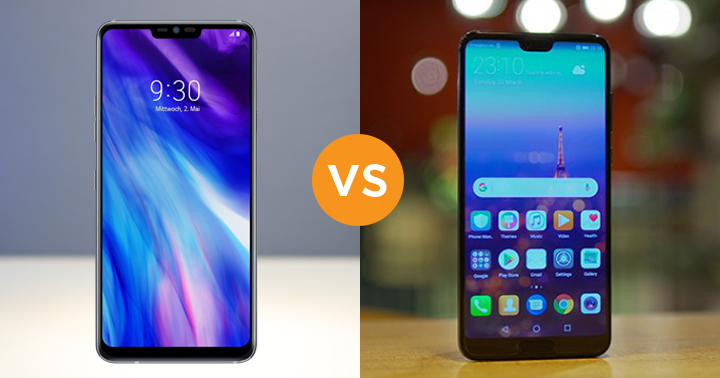 From specs alone, we can already see which one has more advantages over the other but, let’s try to discuss each key specifications first.

The G7 ThinQ has a larger screen display with a higher aspect ratio, resolution, and pixel density making it the better pick for users who want to have an excellent viewing experience. Don’t get us wrong, P20 deserves a top spot in this but alas, the G7 just outshines it in this regard.

The P20’s Kirin 970 processor and Mali-G72 MP12 GPU is at par with the Snapdragon 835 and Adreno 540 GPU. However, the G7 ThinQ is equipped with the latest Snapdragon 845 with Adreno 630 GPU which surpasses the already great performance, in terms of clock speeds, of the previously mentioned processors and GPUs. This means that the latter will be the better pick for users who love a powerful machine.

On paper, the G7 ThinQ has a wider main rear lens aperture while the P20 has a wider secondary lens with a higher front camera resolution. We cannot say for certain yet which one has better camera performance but, we’ll be updating this section once we produce sample shots of both.

Both devices have fast charging technology in their arsenal but what makes them different is that the G7 ThinQ supports Wireless Charging which the P20 does not.

The Huawei P20 is priced at Php34,990 while the LG G7 ThinQ is not yet officially priced but we expect that it will land at a competitive range.