Last month, Huawei revealed its newest mid-range smartphone that rivals its own Nova 3i in terms of specs– the Y9 2019. We also made a specs comparison between both of the smartphones (click here) but today, we’ll be taking this phone for a full spin. Read more to find out. 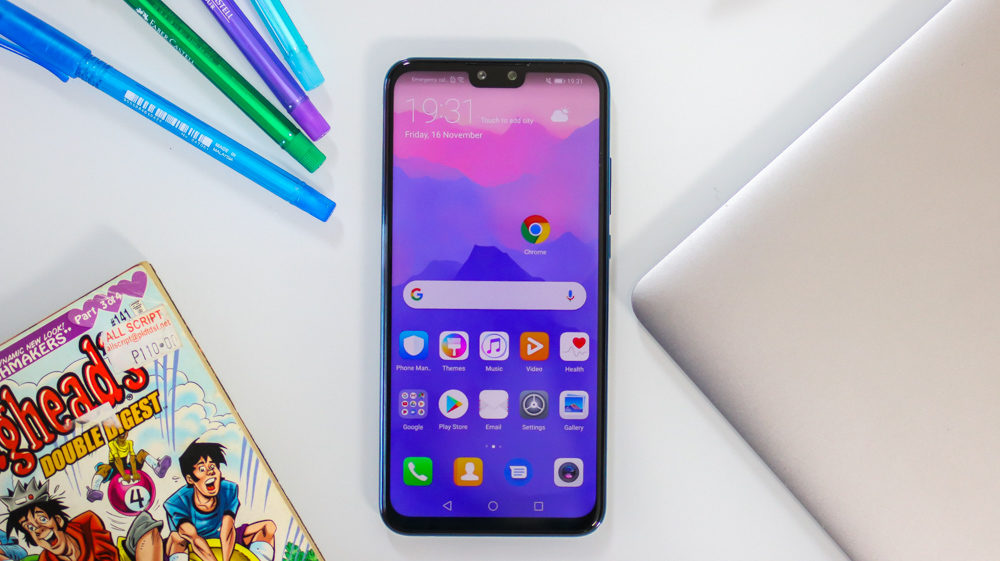 At first glance, the Y9 2019 looks like the Honor 8X and the Nova 3i combined due to the notch and its overall design. It has a sleek polycarbonate back that looks stylish, thanks to its light blue color. Unlike Huawei’s previous mid-range devices, the Y9 comes with a 3D glass which has a deeper side curve as compared with the 2.5D ones. This actually gives me the impression that the company directed its design to millennials who are into aesthetically pleasing smartphones. 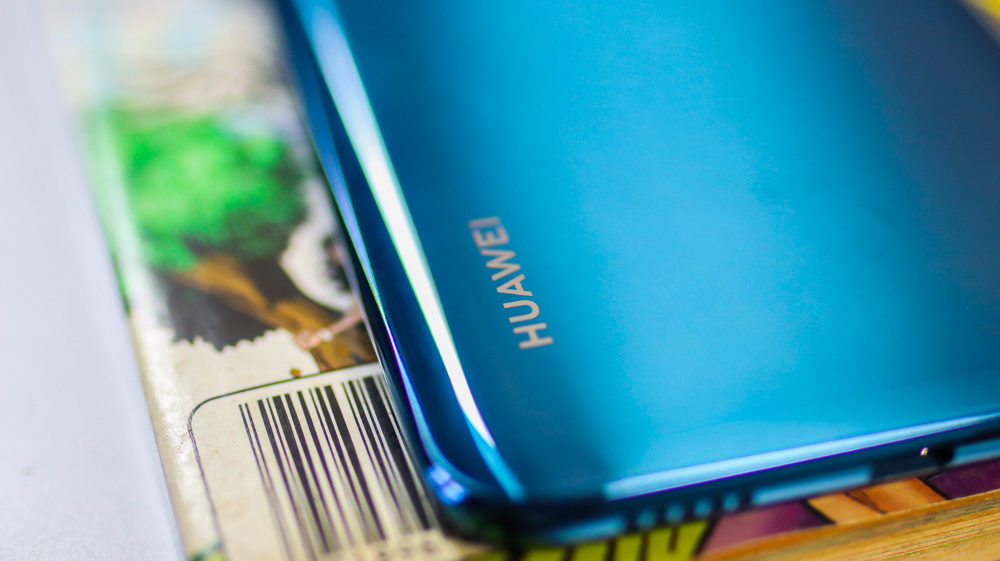 Up front, we have a 6.5-inch display with slim side bezels and a notch housing the dual 13MP + 2MP front cameras. You won’t notice this at first, but the call speaker and LED notification light is just directly above the notch and resides on the top bezel which is actually pretty neat since this makes the notch look a bit smaller. 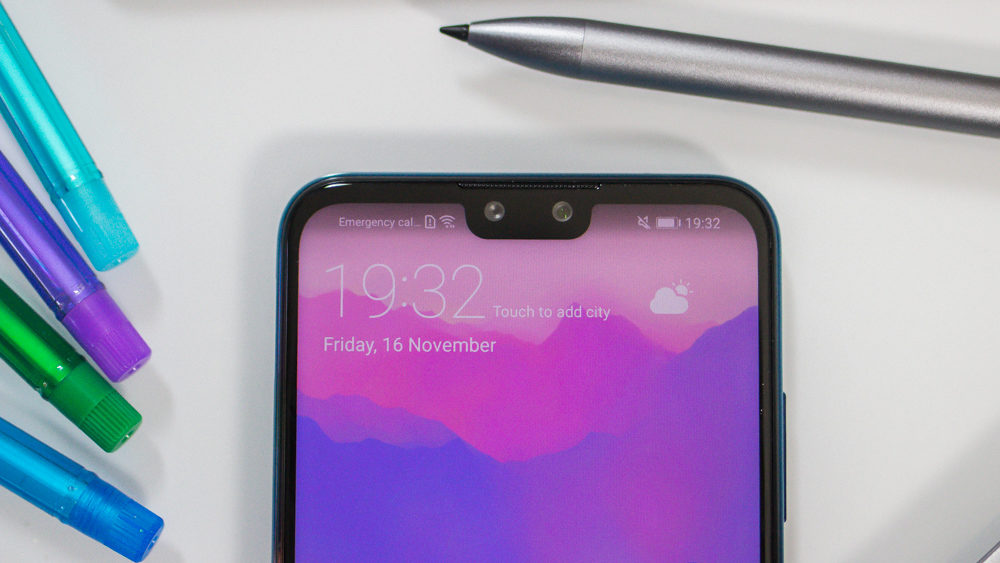 On the left, we can find the tray that houses the dual nano-SIM and microSD card slots. 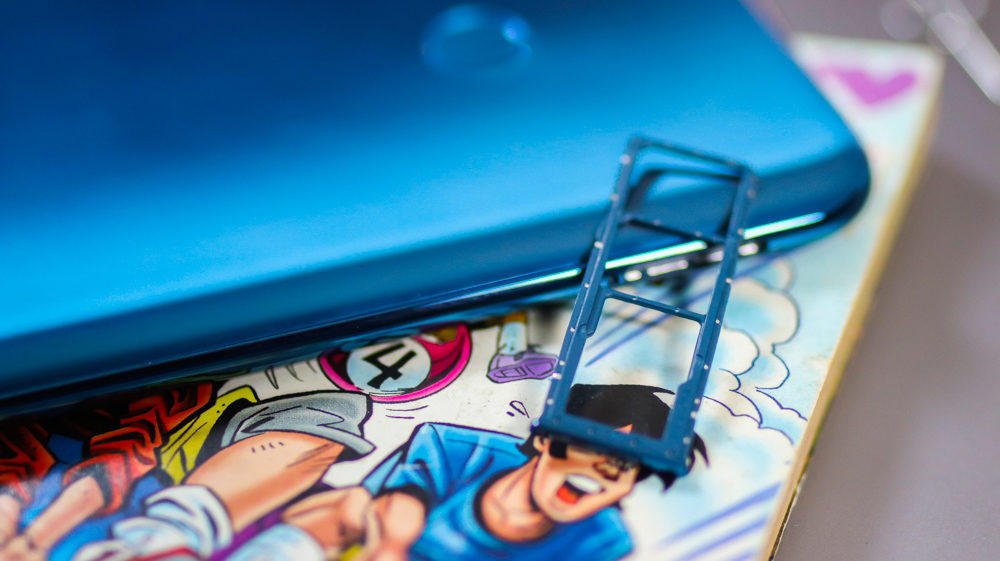 On the right, we have a very clicky and tactile volume rocker and power button. The positioning of the buttons is just right for my thumb to reach them which is pretty nice. 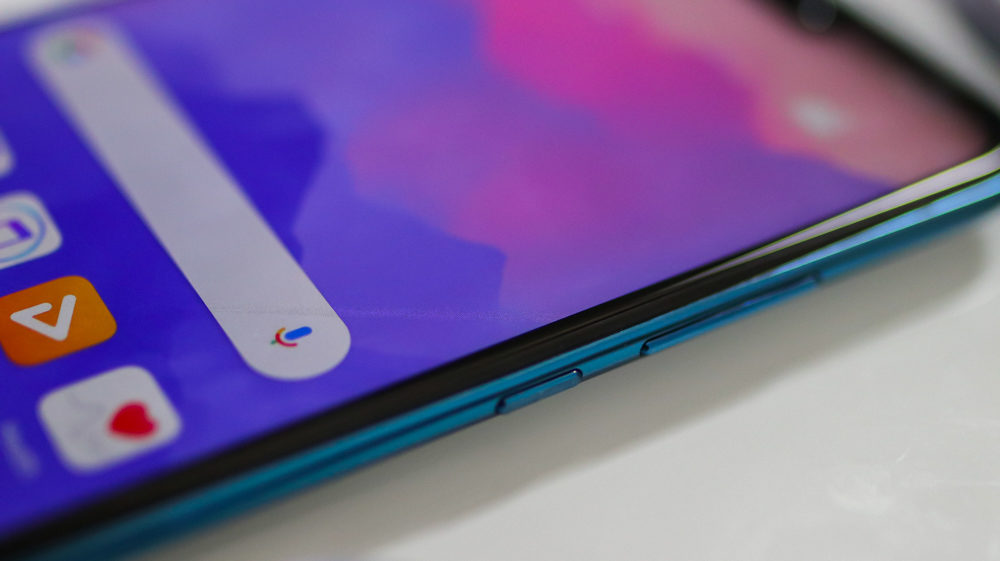 There aren’t any ports at the top except for the lone noise-canceling microphone there. On the other hand, the 3.5mm audio port, the main microphone, the micro USB port, and the loudspeaker can be found at the bottom. 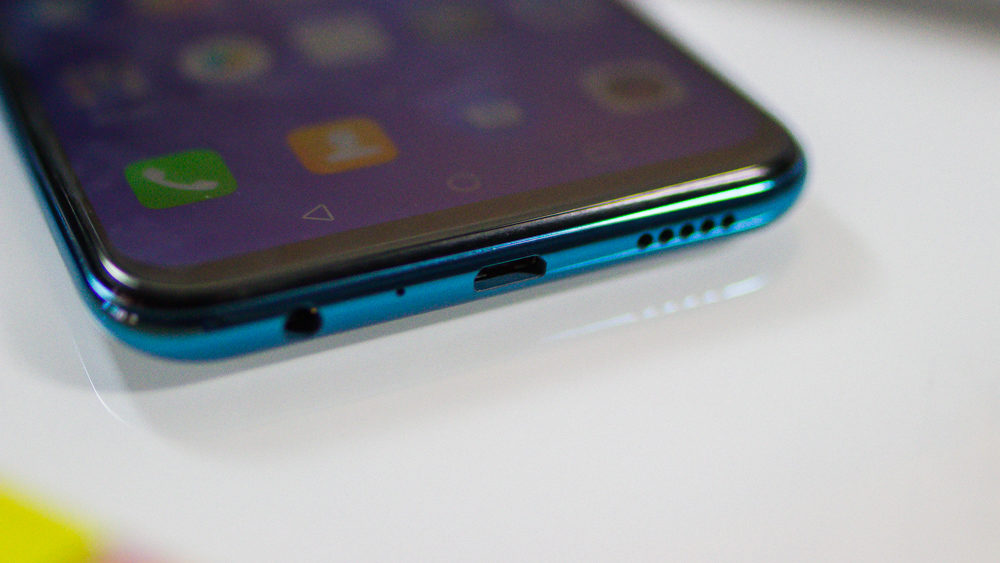 Flipping it on its back, we can see the 16MP + 2MP cameras along with the LED flash and the fingerprint scanner. One thing that I noticed is that Huawei stuck to its camera placements which looks clean. 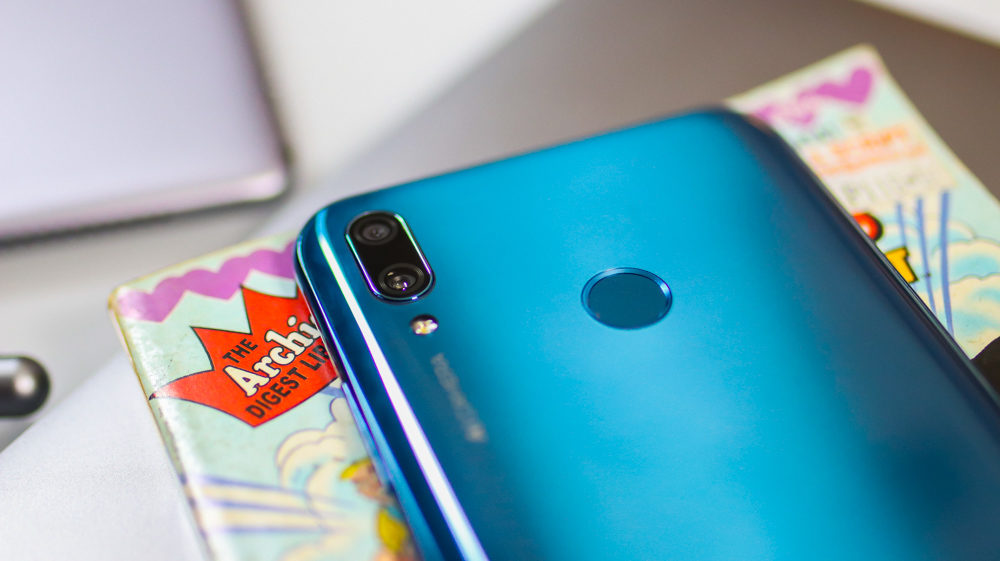 The Y9 2019 feels a bit hefty due to its large size and mass that could rival my Huawei Mate 10. But other than that, it feels solid and premium which gives a pretty good grip. One thing I didn’t like, as usual, is its glossy back which is prone to fingerprint marks and smudges. Fortunately, Huawei provided a clear jelly case in the package which is always a plus.

The Y9 2019 features a 6.5-inch 19.5:9 IPS display with 2340 x 1080 resolution. This gives a vibrant and great viewing experience with good viewing angles. Contents are still viewable even at direct sunlight with just at least 70% brightness which should take care of some people’s brightness woes. 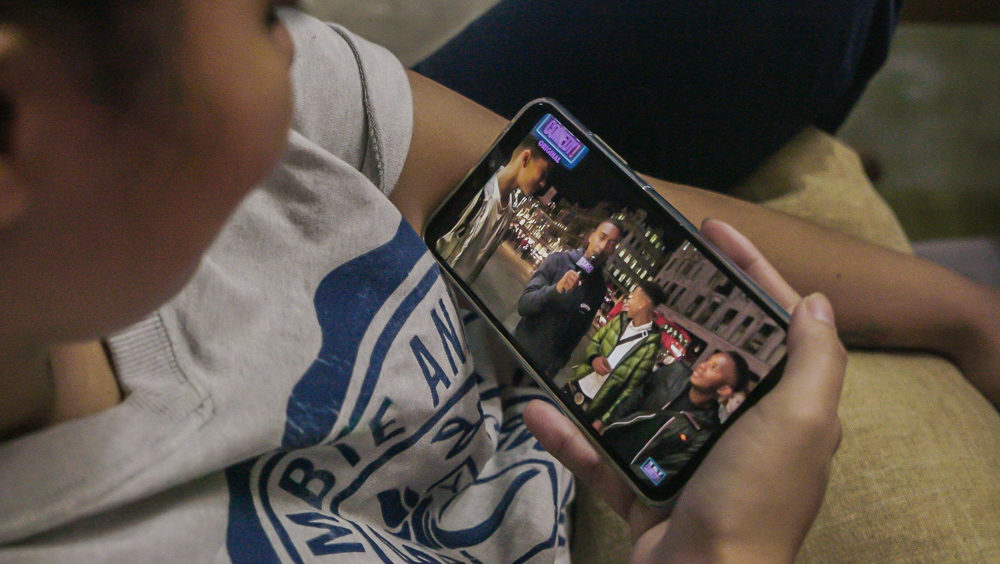 One thing that surprised me is the audio quality of this device. Even though there’s only a single loudspeaker located at the bottom (I actually prefer having the call speaker as the secondary loudspeaker), it provides a loud and crisp sound with great highs and mids. Upon listening to this song, I found out that even the lows are existing, so yeah, that’s a good thing.

Just like with the Nova 3i and Honor 8X, the Y9 2019 runs on EMUI 8.2 based on Android 8.1 Oreo. There’s nothing special with this OS if you’ve been reading reviews on recent Huawei devices here on our website. But if this is the first time you’re seeing this, then expect that its user interface is simple, clean, and organized with a visible touch of Huawei’s own unique style of design. 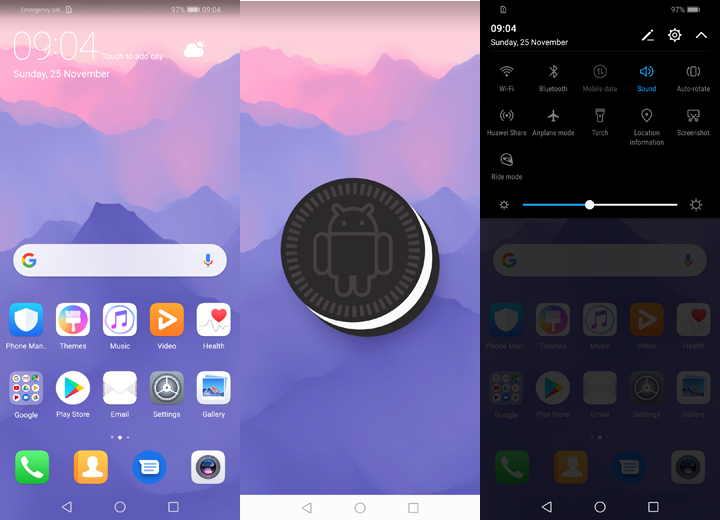 The Y9 2019 comes with a quad-camera setup, meaning, it has dual rear and front lenses– both secondary lenses are meant for depth-of-field effect. The user interface of the camera is straightforward as the QR code scanner, flash, moving picture, AI camera, and settings can be found on top for the rear camera. There are five main modes for the rear camera namely Aperture, Night, Portrait, Photo, and Video while other modes like Pro mode, Panorama, AR lens, Light painting, HDR, Time-Lapse, Filter, and Watermark can be found on the “More” tab. 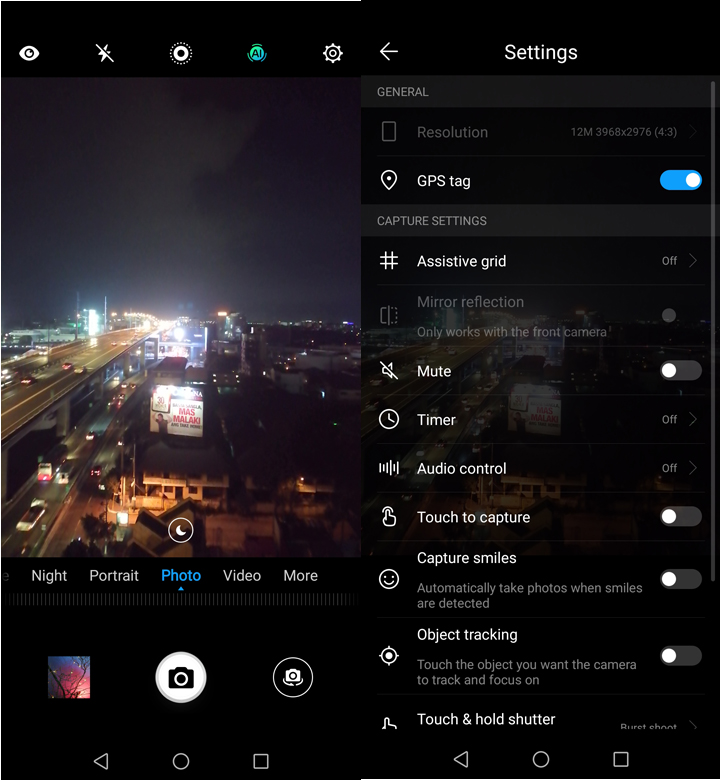 The photo quality of the rear shooter is quite impressive under good and natural lighting. It has good color accuracy with crisp details but the normal photo mode tends to get muddy upon taking photos in low-light conditions. Good thing, there’s Night mode that can be used to amplify the image quality to be sharper and more detailed. Take a look at the sample photos below.

The front shooter has three main modes namely Portrait, Photo, and Video. It also has other modes that are same with its rear. 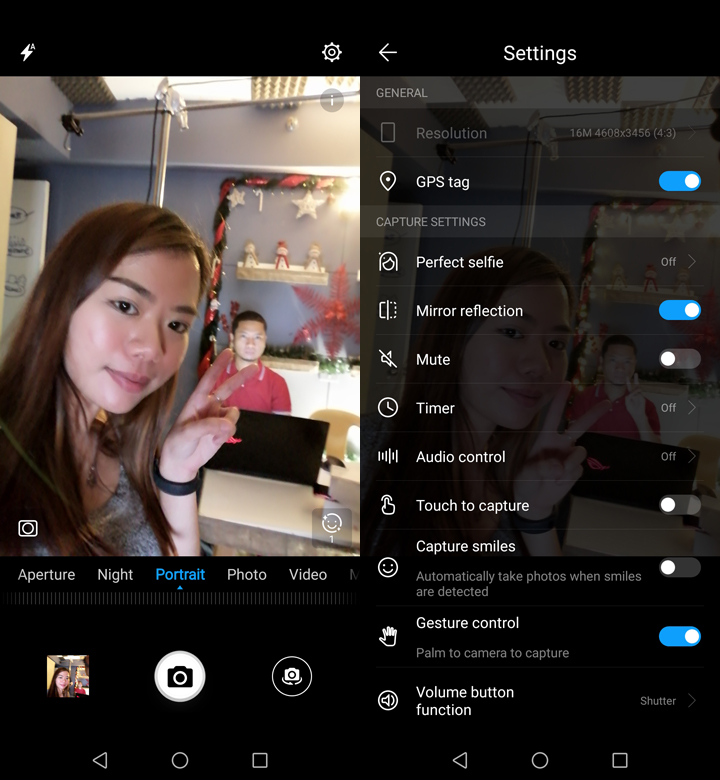 Just like with the rear camera, it has good image quality under well lit conditions. As for low-light selfies, it has lesser noise than what I would have expected, so it’s still usable for social media postings.

The Y9 2019 can shoot up to 1080p 60 fps videos with no support for OIS or EIS which means that footage will be a bit shaky. Quality-wise, it’s decent enough for casual shooting and social media postings.

The Y9 2019 runs on 4GB RAM, the same Kirin 710 chipset as the Nova 3i and Honor 8X, and Mali-G51 MP4 GPU. Expect that tasks such as file transfers, video streaming, multi-tasking, and social media browsing will run smoothly. The fingerprint scanner works well and is very fast as it can unlock the phone in less than 0.3 seconds. The face unlock, on the other hand, has a respectable unlocking speed but it couldn’t recognize my face when I tried to do some silly facial expressions, like a duck face for example. 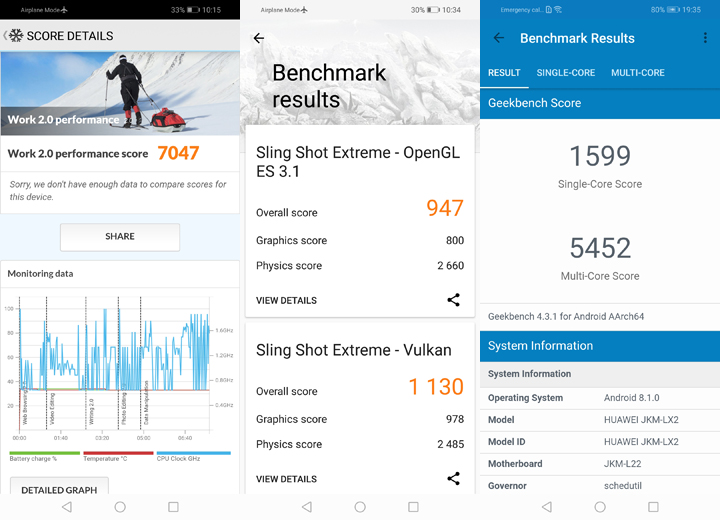 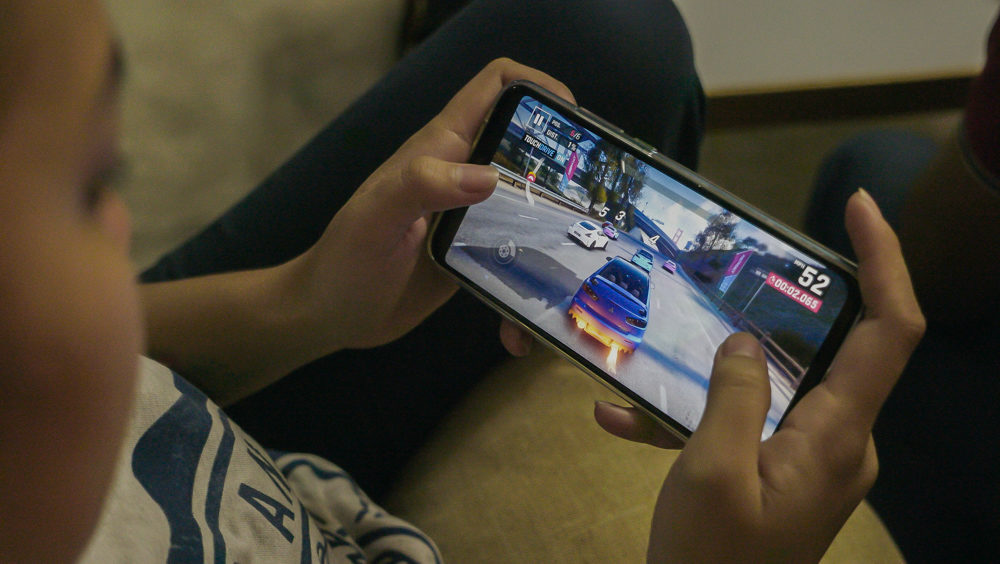 My gaming experience was above average as I can play Asphalt 9: Legends, PUBG Mobile, and Mobile Legends with decent frames per second. Not much frame drops happened during my game testing which is pretty cool given that the Y9 2019 is an affordable device. Warming can be felt at the back part of the phone but it didn’t reach a temperature that’s uncomfortable.

Standard connectivity features such as Dual-SIM 4G LTE, WiFi, Bluetooth, and GPS are present in this device. NFC, however, is non-existent but it’s fine given that it already is equipped with impressive features. Call quality is also good, even though the call speaker placement is slightly off on where I usually place my ears. 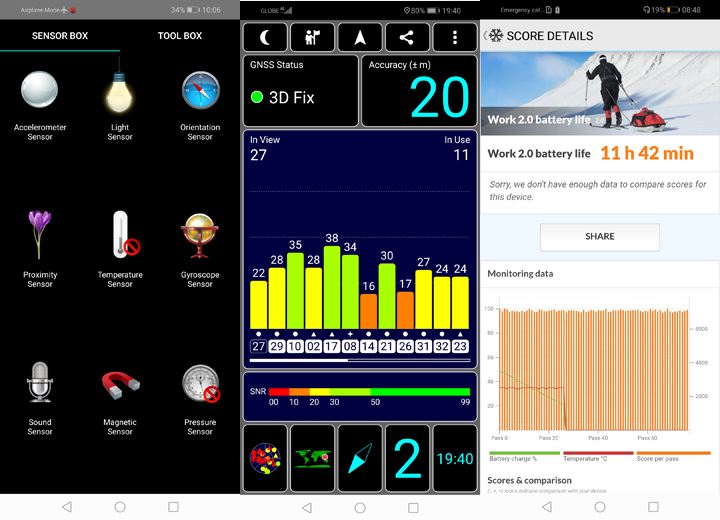 As for the battery life, the Y9 2019 carries a 4,000mAh which rivals its flagship smartphone, the Huawei Mate 10. Based on PC Mark’s battery test, the device lasted for 11 Hours and 42 Minutes while in our video loop test (1080p Movie, 50% brightness, 50% sound, Airplane Mode, with earphones), the phone yielded a flat 13 Hours which is pretty decent given its large screen size. Charging the device took us a little bit more than 2 Hours which is understandable given its large battery life.

The Huawei Y9 2019 is, by far, one of my favorite mid-range smartphones this year. Its large display provides a great viewing experience while its overall performance is just enough to be used as my daily driver (do note that I play A LOT on my phone every day). The camera capabilities, especially its Night mode feature, is impressive for its price while the battery life is above average as compared with other phones that has a large screen size.

What I don’t like, however, is its glossy back and slightly inaccurate face unlock, but other than that, I’d say that it could potentially kill the Huawei Nova 3i in terms of value for money. It is priced at PHP 12,990 which is a good price point for users seeking a good quality mid-range smartphone with an affordable SRP. 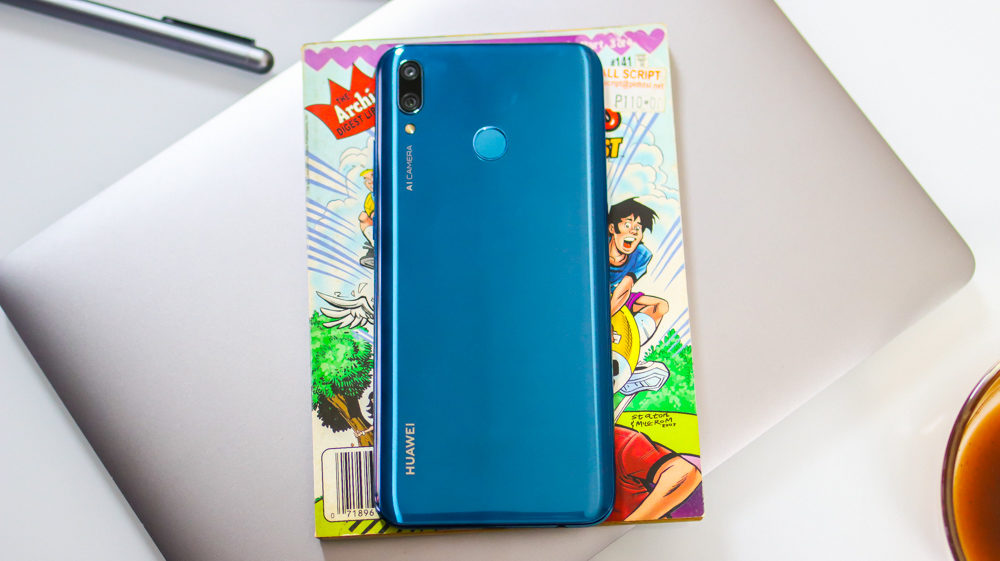