Infinix has a trio of the new handset for the Filipino consumers. We already review the Note 3 Pro and Hot 4. This time around, we’re looking at the Hot S Pro. It’s a sub-Php7k smartphone with a 5.2-inch display, LTE, and an octa-core chipset. It also boasts an aluminum back panel for added premium. Here’s our review.

The Hot S Pro has a no-frill design with its candy-bar angular chassis. It’s got a 5.2-inch HD display resulting to a 282ppi pixel density. It may not break the 300ppi barrier but the smaller display size is a great option in the sea of large smartphones. Above the panel is a prominent 8-megapixel front-facing shooter and its earpiece along with hidden sensors. It uses three capacitive keys below for phone navigation and operation. 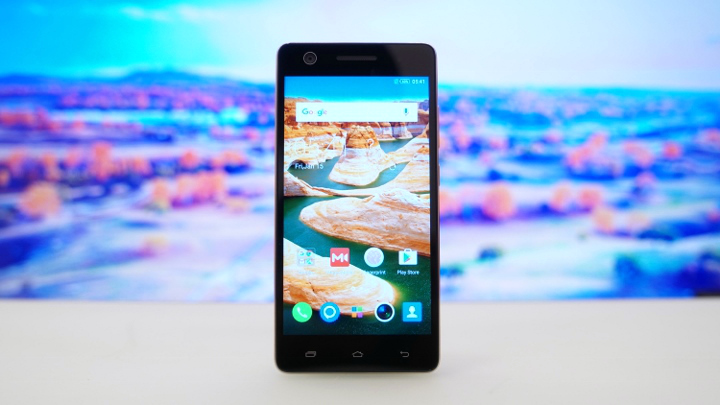 The right side of the phone houses the volume rocker and the power/lock button while the left has the hybrid card tray. It allows you to have two SIM cards at the same time or opt the second slot for a microSD card for more storage space. The top side has the 3.5mm headphone jack leaving the micro-USB to be located at the bottom flanked by grilled holes for the loudspeaker and microphone. 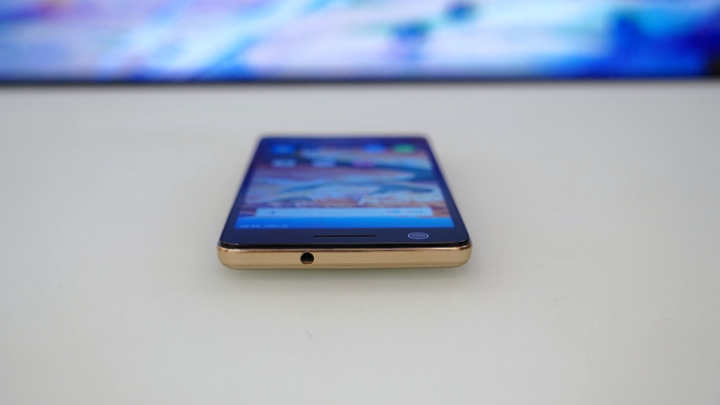 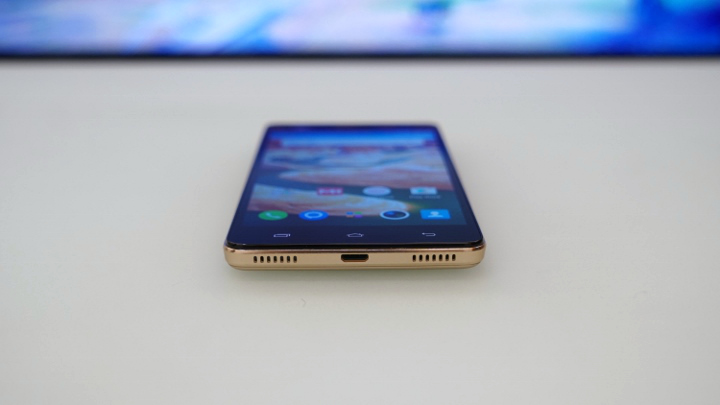 The back of the phone has a subtle class when we first saw it. It’s a generic-looking rear panel but the curved edges have a certain appeal to our eyes. Like most phone nowadays, the rear is made of aluminum with plastic divisions on top and bottom. The rear camera is a 13MP sensor with phase-detection autofocus and has a dual-LED flash to help in low-light scenarios. A circular fingerprint sensor is also present for added security to the device. 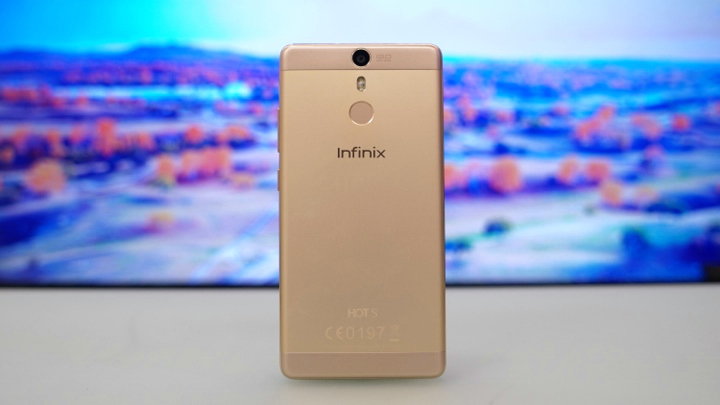 Overall, we’re pretty impressed about the appeal of the Hot S. Although, we hoped that Infinix also graced it with a metal frame to add more premium to its construction and maybe consider a different set of icons for the navigation keys, something that compliments the style of the phone.

The display of the handset measures 5.2 inches diagonally. Making it one of the few phones that can be comfortably used with one hand. It’s got a resolution of 1280 x 720 pixels or roughly 282ppi. It’s reasonably sharp with pleasing color reproduction and wide viewing angles. The speaker positioned at the bottom end of the phone is just mono but its volume is adequate to fill a small room. It’s clear and loud for YouTube playback or long Spotify sessions.

The Hot S Pro ships with Android 6.0 Marshmallow but it’s heavily skinned by Infinix with the XOS Chameleon v2.0. Before you get discouraged by having a skin on top, we’re happy to see the phone performs smoothly throughout the system. The phone has swift animations and added UI elements to liven it up. To be honest, it’s refreshing to the eyes rather than uninspired stock Android by other OEMs. Unlike other Chinese phone skins, XOS keeps the app drawer available. Apps are listed alphabetically for easy search. There are a number of home-baked utility apps pre-loaded on the phone and all of them are called X — XCloud, XHide, XManager, XPower, etc. We guess if “i” is to Apple, “X” is to Infinix? 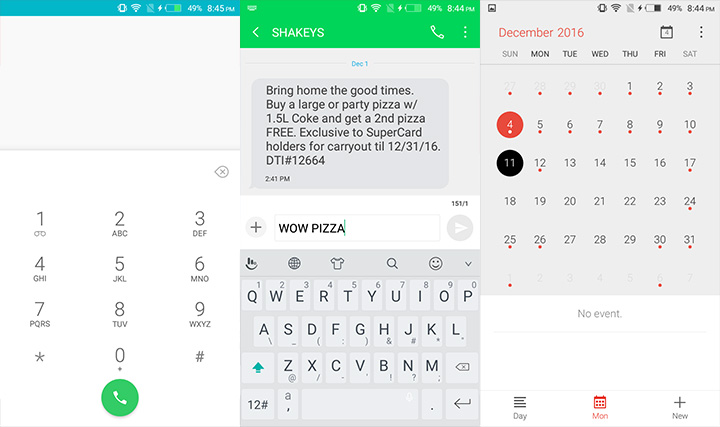 The operating system takes about 6GB of the precious 16GB internal storage. Good thing you can pop in a microSD card if you want more space for your apps and files. 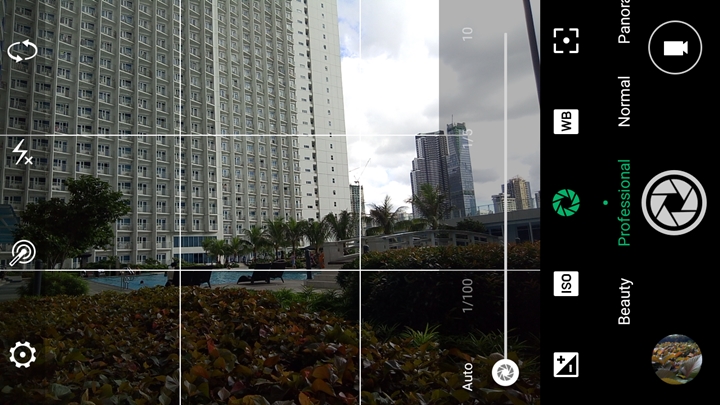 Both shooters capture quality images. The rear camera performs great when there’s a lot of light available. Shooting in low-light drastically degrades the image quality so it’s best to have a strong source of light or use the dual-LED flash. The front-facing camera, on the other hand, captures detailed selfies and also works in the dark thanks to its dedicated front LED flash. Here are some samples:

As for the video, it can capture 1080p in .mp4 or .3gp format. The captured clip looks great when previewed on the device but when transferred to the PC, the video lacks details to reasonably qualify as a quality Full HD video. Here’s a sample:

You can also turn on the stabilization feature for video but it doesn’t help much when walking but reduces the shakes when panning.

The chipset on the Hot S Pro is not the latest but it’s one of the most common and tested silicon on similarly priced handsets. The octa-core MediaTek MT6753 is still a favored chipset but it’s already getting old. The Mali-T720 MP3 GPU can take a beating with new games on the Play Store and the paired 3GB RAM will suffice for multi-tasking needs. 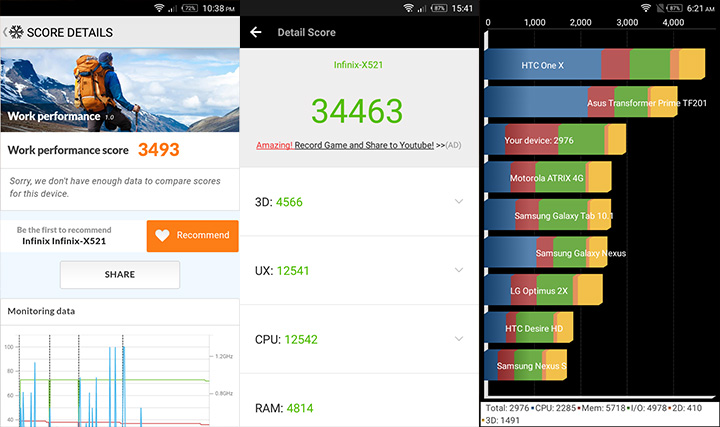 Apps open fast but loading of intensive titles takes a bit of time. Nothing serious though as everything is perfectly fine for its range. The light UI also helps with swift animations and transitions. So far, we’d recommend it for those who do stuff on their phone really quick. We ran our usual benchmark tests but Quadrant Standard gave an odd result.

One of the overlooked aspects when it comes to prime budget devices is call quality and wireless connection. Some OEMs just don’t pay attention to make calling good on a phone. We’re pleased that we managed to make decent calls after using the Hot S as a daily driver. Although, it could benefit more with a louder earpiece.

See also  realme C11 to launch in the Philippines 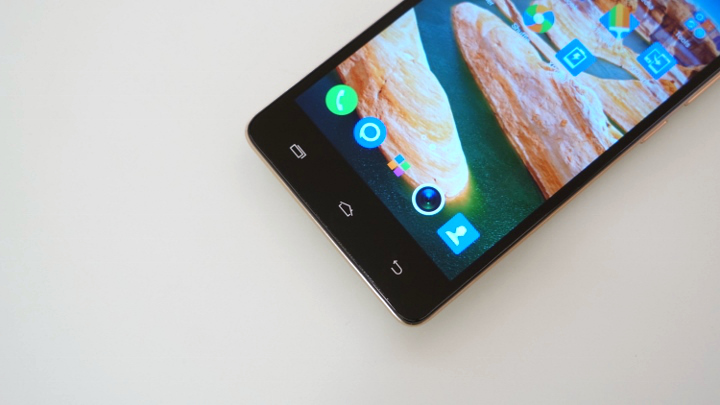 As for wireless connectivity options, the handset offers fast LTE, Bluetooth 4.0, and stable Wi-Fi. The lack of 700MHZ or Band 28 support (For the Southeast Asian version) is a bit of a let down though as we are already seeing it on a number of new devices from local OEMs.

A 3000mAh non-removable battery powers the handset. It’s a respectable capacity for its size but hoped Infinix pushed for more. With the PCMark battery test (Work 1.0), it was able to score 7 hours and 49 mins. A video loop test gave it a similar 7 hours and 42 minutes. Those numbers are average but you might want to keep a charger or a power bank with you. 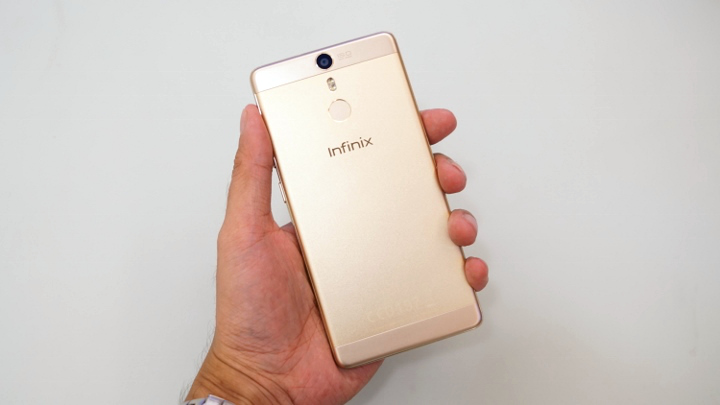 In the end of the day, the Infinix Hot S Pro is going to be a smartphone one would appreciate thanks to its refreshing UI and balanced performance. It’s also pocketable than most smartphones today due to its smaller than usual display. At just Php6,990, the Hot S makes itself an easy choice for budget consumers who wants a better performing smartphone for everyday use. It’s exclusively available through Lazada (see listing here).

hi, thanks for the review, now I want to by it but I wonder if the infinix hot s has a gyroscop to enjoy VR technology.?
thanks