As mentioned in our first impressions of the Note 4, Infinix Mobility launched two smartphones. That other phone is the Note 4 Pro. It bears similar specs as the Note 4 but with a different design, larger battery, and comes with a stylus called the X-Pen. 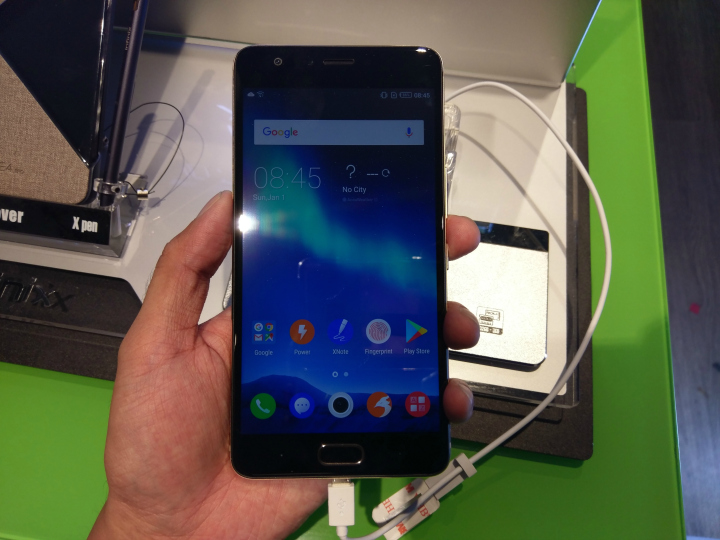 The Infinix Note 4 Pro is pretty much identical to the Note 4 on the front. It has the same 5.7-inch screen with Full HD resolution. Above it is the receiver, 8MP front camera, and sensor. Down below are the physical home button that doubles as a fingerprint scanner. Located on its left and right sides are capacitive keys for navigation. These are unlit and with no visible indication to immediately find out which one is for Recent Apps (Left) and Back (Right). This can be confusing for first-time users. 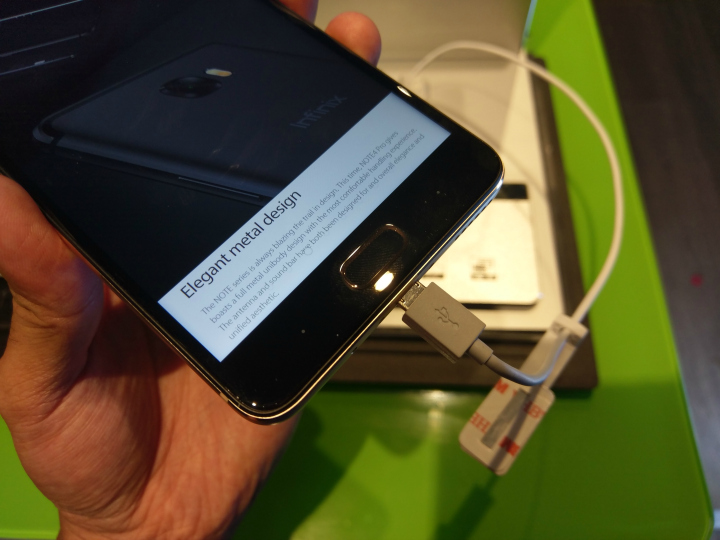 Looking at the left side is a card tray either for the SIM or microSD. Also found here are pogo pins for the Smart Cover. Found on the right are another tray, the volume rocker, and the power/lock button. 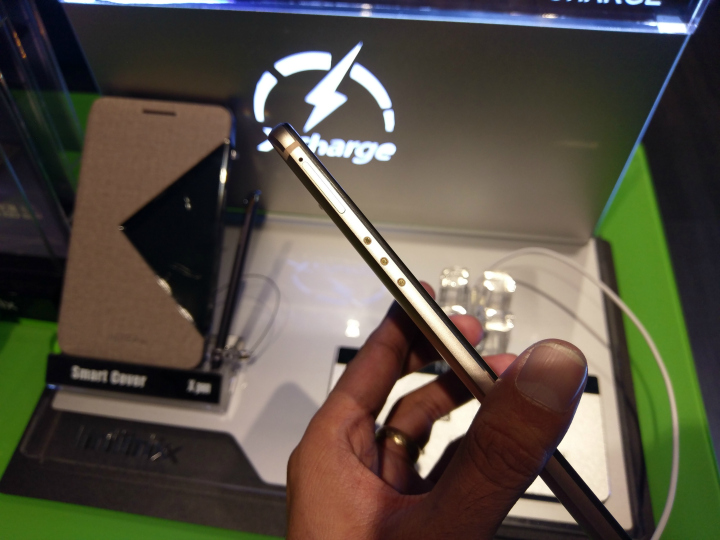 Up top is the headset jack, while down below is the main microphone, the microUSB port, and the loudspeaker. 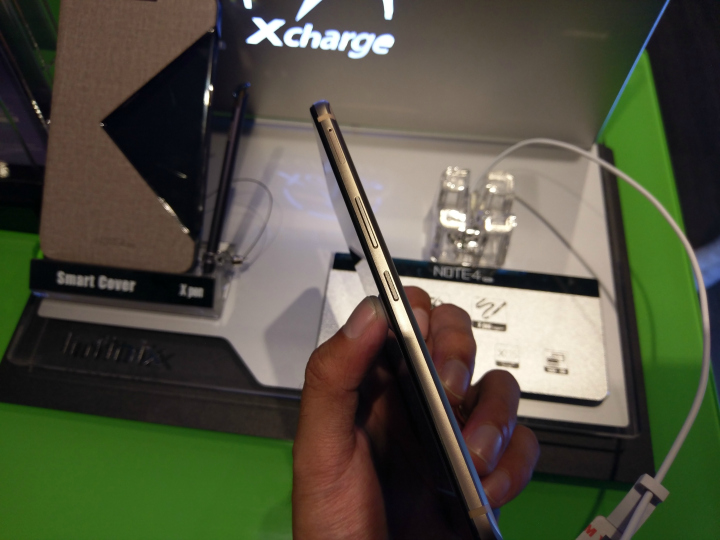 Flip it on its back and you will see the 13MP main shooter and LED flash. Also visible at the top and bottom are the antenna bands which reminds us of the iPhone 7/7Plus. 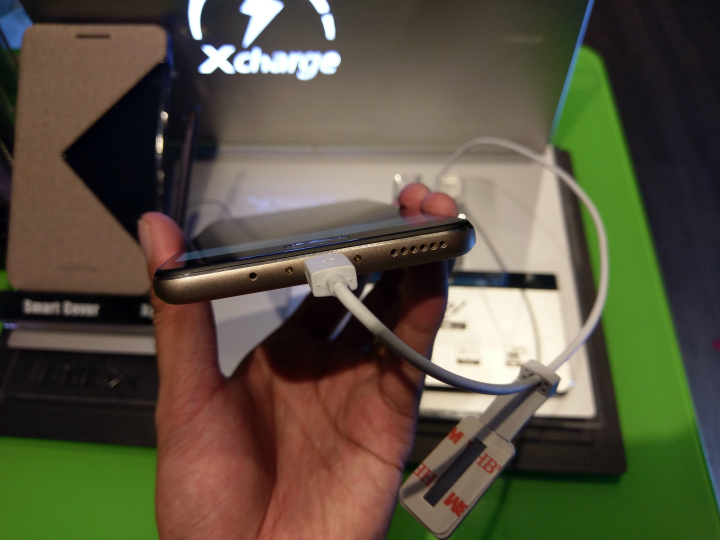 Unlike the Note 4 which is mostly plastic, the Note 4 Pro is all metal which makes it look and feel premium. It’s solid, cool to the touch, and easy to grip thanks to its curved sides. 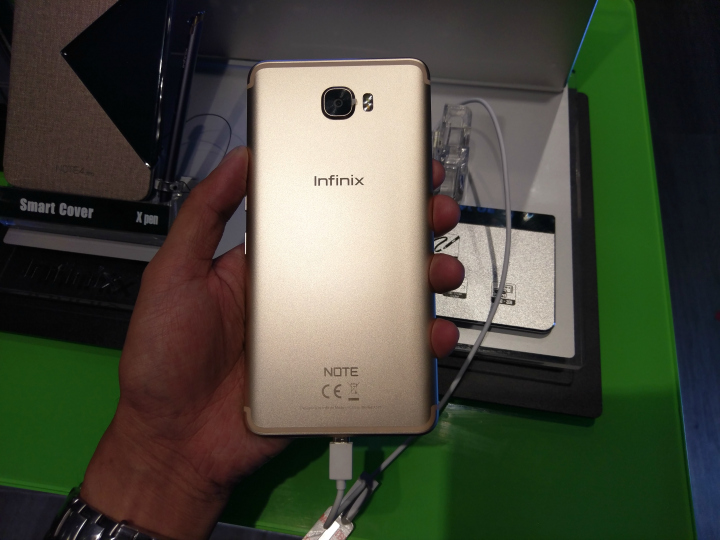 Another difference is the inclusion of the X-Pen which allows you to scribble notes on the Note 4 Pro, similar to how Samsung implements the S-Pen. Infinix is also releasing a Smart Cover where you can dock the phone and for the X-Pen to charge. 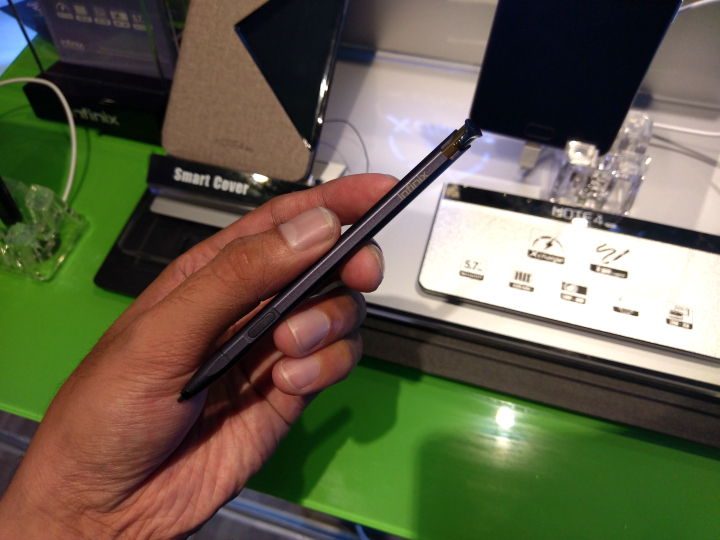 While the Note 4 Pro looks promising, Infinix Mobility is yet to announce its pricing and arrival in the Philippines. 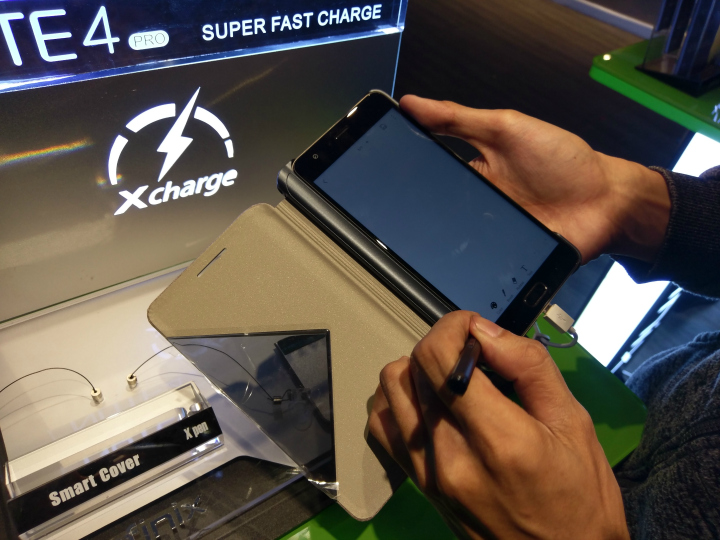