iOS 11.2.5 is now available for iPhone and iPad 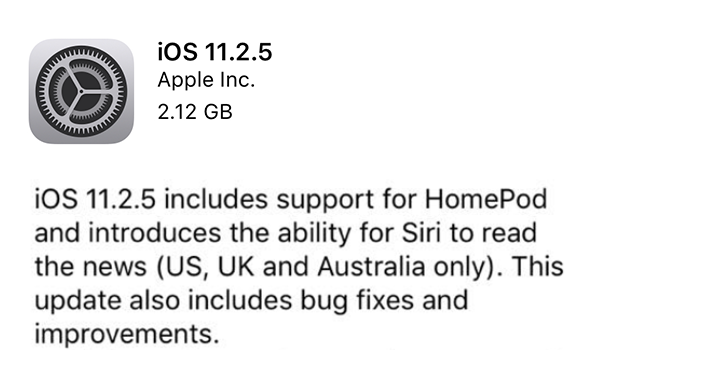 The iOS 11.2.5 update introduces support for the HomePod, which will be released on  February 9, and brings fixes for bugs in CarPlay, Messages, and Mail. The update also includes audio-based podcast news delivered by Siri. Here is the full release notes:

Other improvements and fixes

The iOS 11.2.5 update can be downloaded over-the-air in the Settings app. To access the update, go to Settings -> General -> Software Update.