Lenovo A7000 Plus Review

Lenovo A7000 Plus Review

Lenovo Philippines recently launched in the country the A7000 Plus, the successor to the A7000 and the ASEAN version of the K3 Note. It boasts a 5.5-inch Full HD display, MediaTek octa-core CPU, LTE, and Android Lollipop. Find out what it has to offer by reading our review below.

Author’s note: Since the A7000 Plus is almost identical to the K3 Note we reviewed last June, we will incorporate parts of that review in this post but updated with any notable differences we find like its OS, benchmark results and battery performance, to name a few. 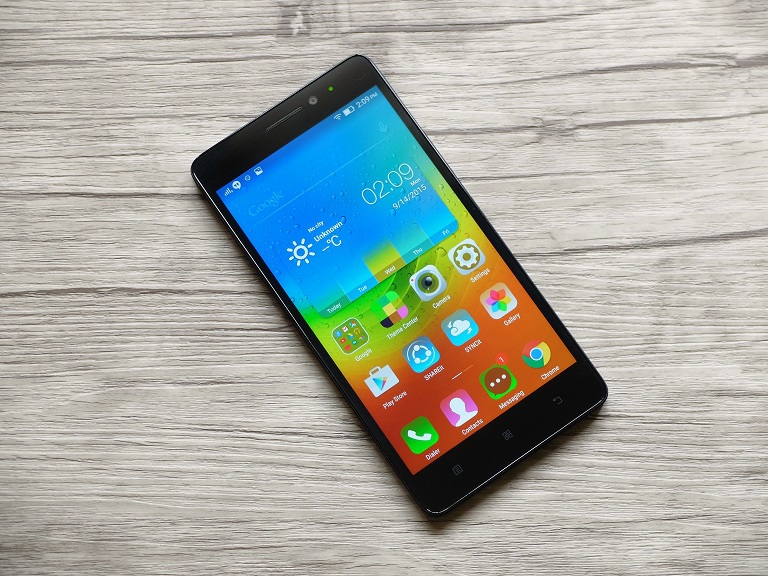 Up front, the A7000 Plus sports a 5.5-inch IPS Full HD display at 401ppi. It has relatively thin bezels on the sides which helps in flaunting the device’s large screen. Above it are the earpiece, 5 megapixel camera, and the notifications light. Down below are three unlit capacitive buttons for navigation. 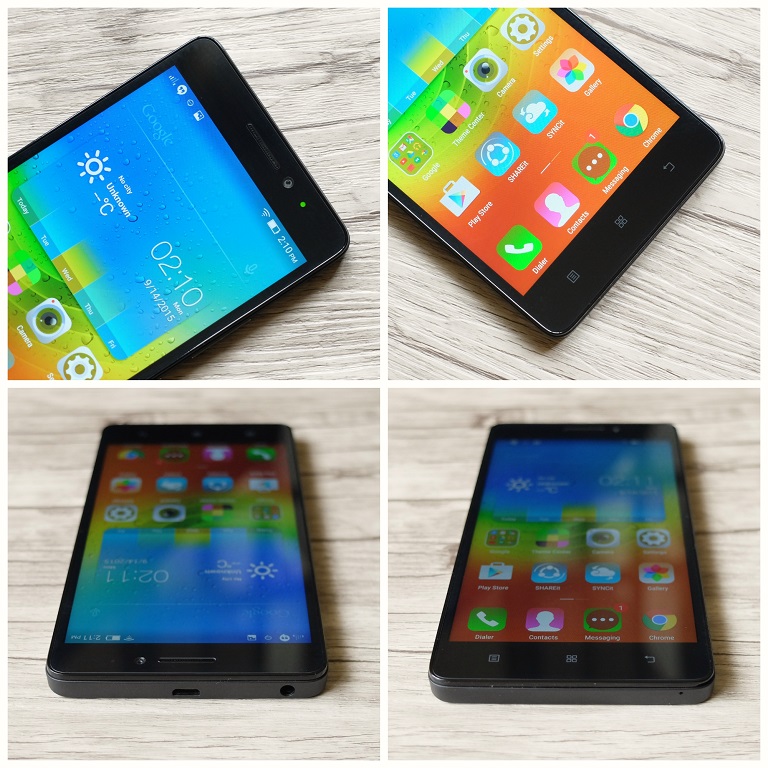 On the right are the textured physical keys with metallic finish and concentric-circle design for the volume and power/lock. Found right up top are the microUSB port and headset jack, while down at the bottom is a pinhole for the microphone. 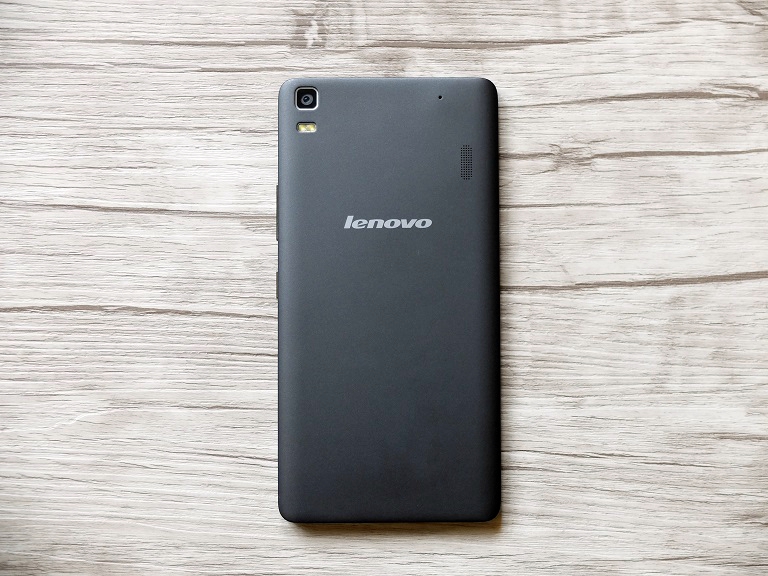 Flip it on its back and you’ll see the removable cover, 13 megapixel camera, dual-LED flash, secondary microphone, the Lenovo branding, and speaker that is placed on the right-hand part just like the Lenovo A7000. 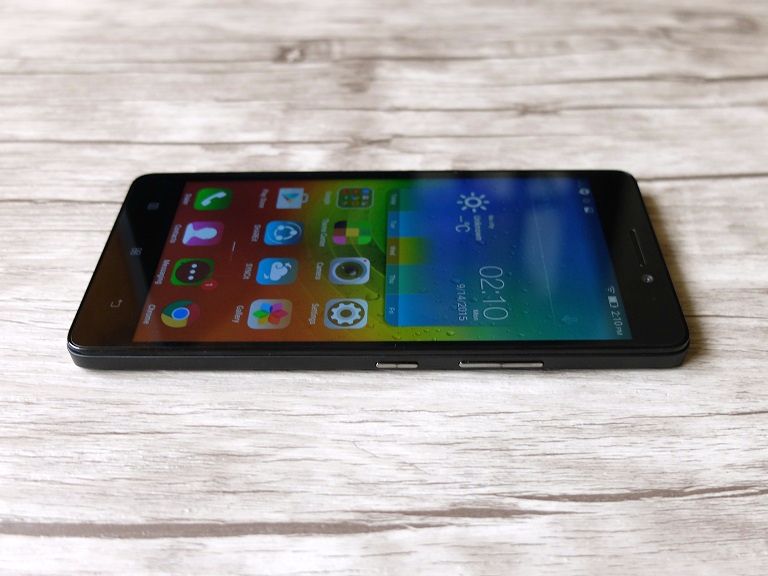 On hand, the A7000 Plus feels light as it only weighs 140g and it’s relatively thin too at 7.99mm. Design-wise, the A7000 Plus has curved sides at the back (similar to the design of the Xiaomi Mi Note) which also aids in gripping. Compared to the K3 Note with white pearlescent finish, the A7000 Plus comes in black with matte finish which repels fingerprints and smudges.

The A7000 Plus sports a 5.5-inch screen with Full HD resolution for a good 401ppi. The display is crisp and vibrant with good viewing angles thanks to IPS. When used under direct sunlight, legibility degrades but the display is capable of producing enough brightness for it to be still usable. 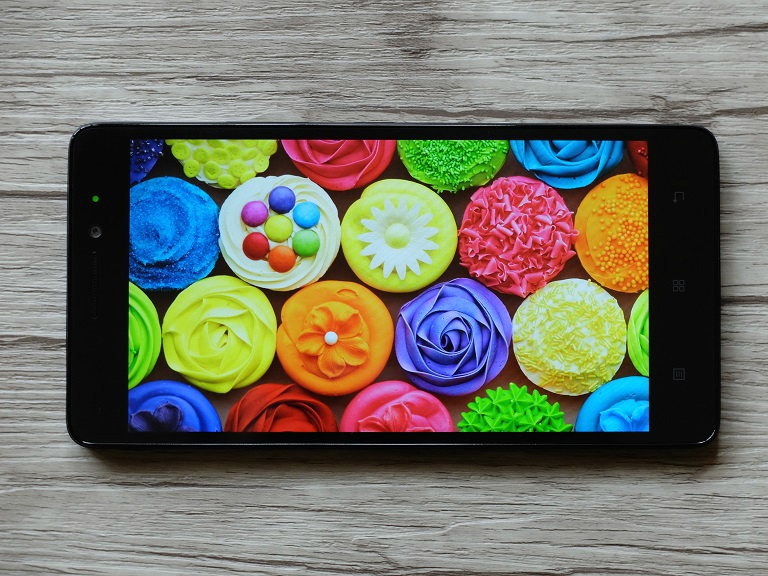 The speaker, which is located on the right-hand side at the rear, can produce really good sounds with the right amount of bass and treble. If you want to kick the quality up a notch, just switch on its Dolby Atmos feature and optimize or tweak the sound quality according to your preference. Overall, the A7000 Plus has a good display and speaker which is great for those who enjoy movies and music on the go.

Running the software department is Android 5.0 Lollipop with VIBE UI. The layout and navigation are similar to other Lenovo smartphones released this year. It also comes with pre-installed apps like UC Browser, Navigate, Rambla, Evernote, Guvera Music, and a folder of suggested games. Fortunately, Lenovo allows the apps to be uninstalled which is great for those who want a clean set of apps. 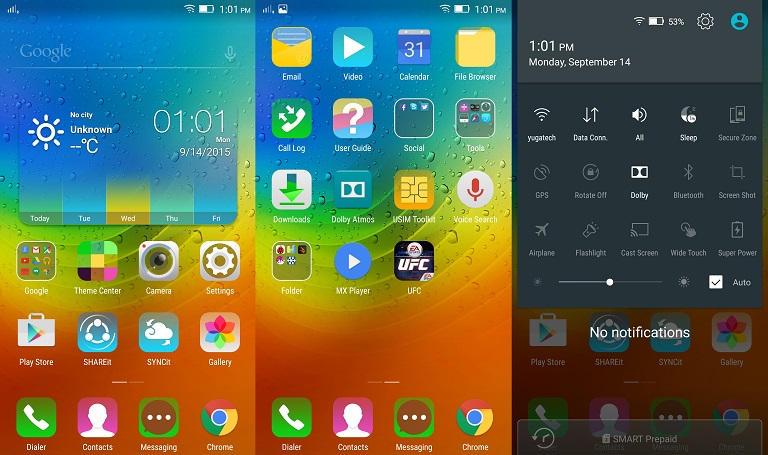 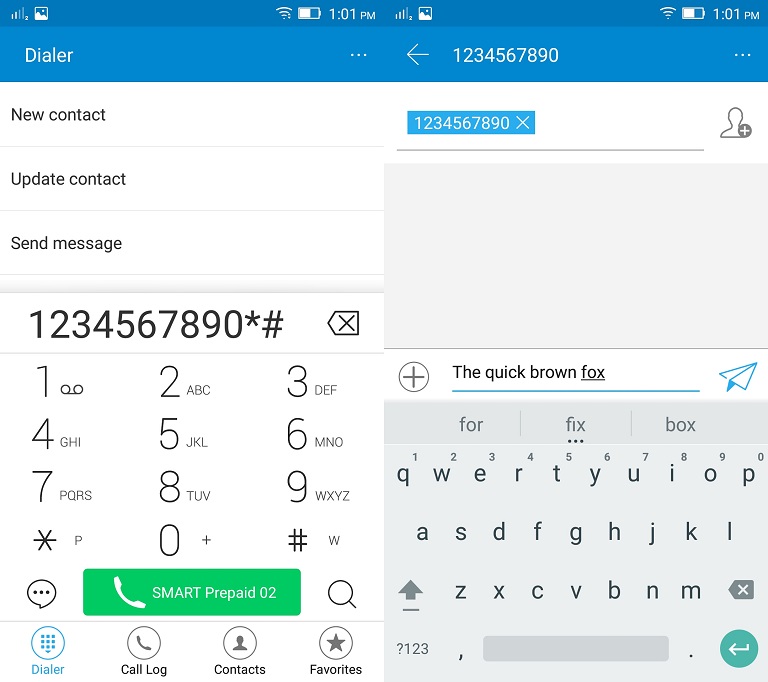 What we find missing compared to the K3 Note is the Safe Center which acts as the device anti-virus and junk cleaner. Lenovo’s own music player has been dropped as well and is now replaced by Google Play Music. Don’t fret, though, as Lenovo included Dolby Atmos as a separate app so you can still get the audio enhancement promised by this feature. 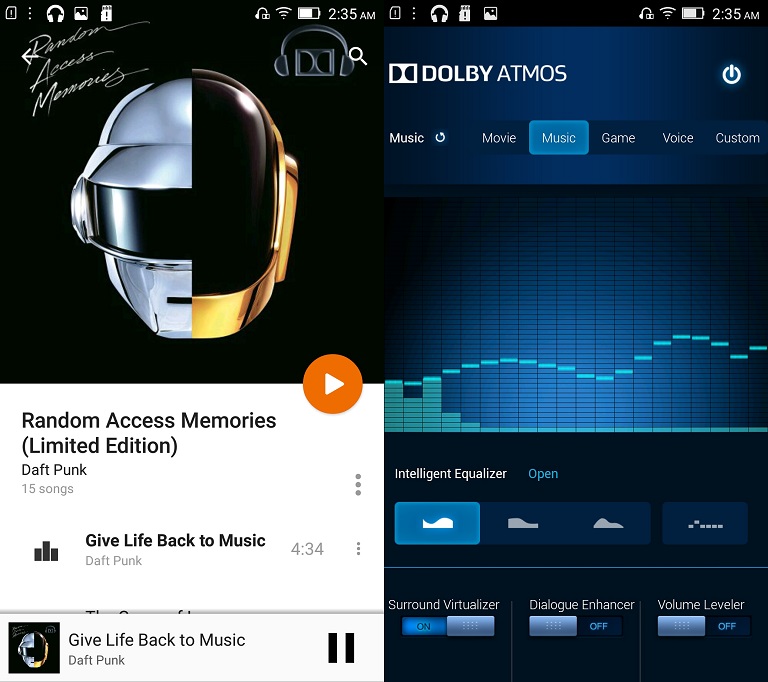 As for storage, the A7000 Plus has 16GB of internal storage. Less 4.81GB system files and you’re left with around 11GB of usable storage. Heavy multimedia users need not worry though as it can accommodate up to 32GB microSD cards with support for USB OTG.

Handling the imaging department is a 13 megapixel rear camera with dual-LED flash and a 5 megapixel front camera. The latter will suffice for solo and group selfies as well as video calls thanks to its wide-angle lens. 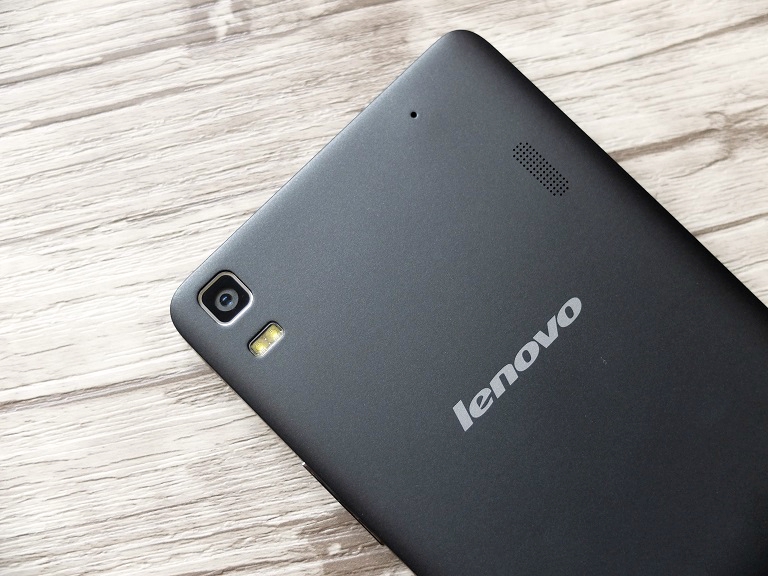 The rear camera, on the other hand. is capable of producing photos with crisp details and good colors especially in bright conditions. In low-light, noise and focusing are an issue which would often result to blurry images. In terms of in-camera features, it’s only limited to HDR, Panorama, Effects and a few manual controls.

As for video recording, it can record videos at 1080p at 30fps in MP4 format. The clip is very clean and crisp and always on focus, but the dynamic range could use some work, though. Check out the sample video below: 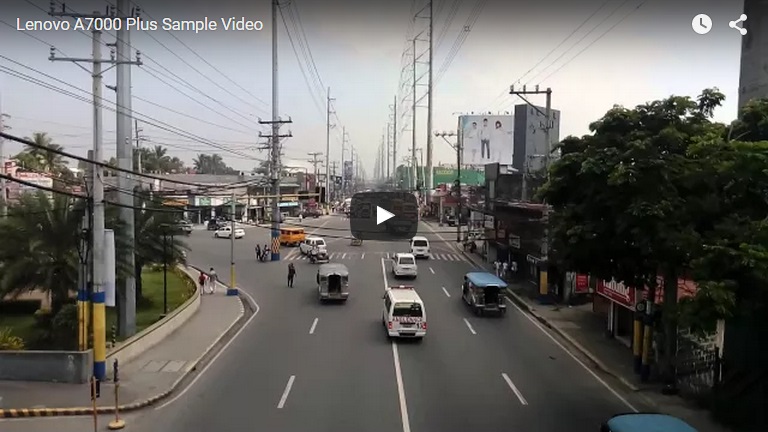 Powering the A7000 Plus is the 1.7GHz 64-bit MediaTek MTK6752 octa-core processor, Mali-T760 GPU, and 2GB RAM. Performance is good and can handle heavy tasks including gaming. 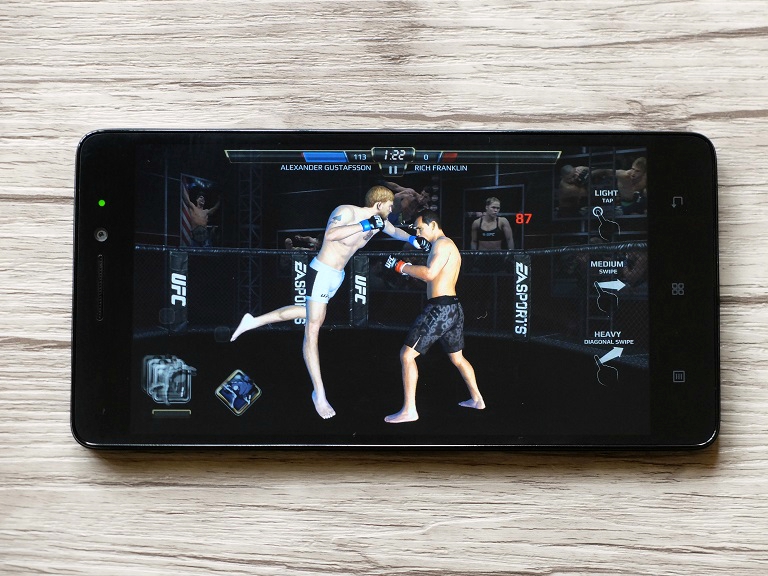 We ran the usual benchmark tools and saw some slight improvements in scores compared to the K3 Note. Take a look at the table below.

The A7000 Plus supports dual-SIM with 4G/3G connectivity on both SIM slots although not simultaneously – one will use 4G/3G while the other will use 2G. Mobile data connectivity and voice calls work great as long you’re in an area with good reception.

Providing juice for the A7000 Plus is a 2,900mAh battery. It scored close to the K3 Note (6 hours, 24 minutes) on PC Mark battery test at 6 hours and 1 minute. As for our routine battery test which includes playing a 1080p video on loop in Airplane mode with 50% brightness and volume with headset plugged in, we got a little over 10 hours worth playback – longer than what we got from the K3 Note which was at 9 hours and 15 minutes. 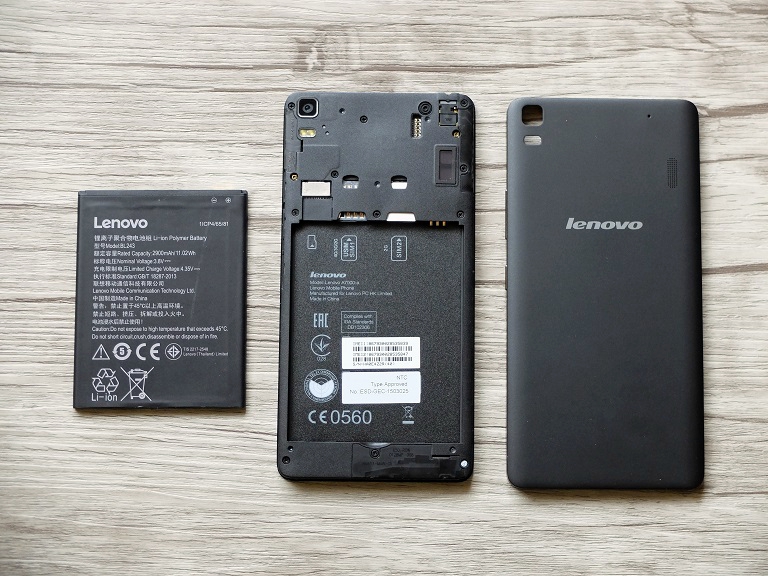 If you want to get more mileage, you can take advantage of the power saving features found inside the Power manager tab – Auto battery saver, Background app management, Screen and GPU power saver, Ultimate Power Saver, and Smart switch.

We were very satisfied with the K3 Note when we reviewed it a few months ago, and like most readers, we also hoped that it becomes officially available. Lenovo Mobile Philippines might have been listening and officially brought it here in the form of the A7000 Plus. And even though the specs are identical we feel it is better than its Chinese counterpart.

To conclude, the A7000 Plus brings to the table what we loved about the K3 Note with some improvements – good display and build, very capable processor, LTE connectivity with dual-SIM, above average battery life, and a firmware optimized for our market. Now for the best part, it only costs Php7,999 with a Php7,499 intro price and Lenovo’s official warranty.

What we didn’t like:
* Unlit capacitive buttons
* Pre-installed apps