The gaming smartphone market has become more exciting as Lenovo has released their new one in the form of the Legion Phone Duel 2. It’s got an AMOLED 144Hz display, Snapdragon 888 SoC, RGB lighting, built-in cooling system, and a large battery capable of up to 90W of fast charging. But how does it fare compared to ASUS ROG Phone 5? Let’s see which device looks better on paper in the specs comparison below. 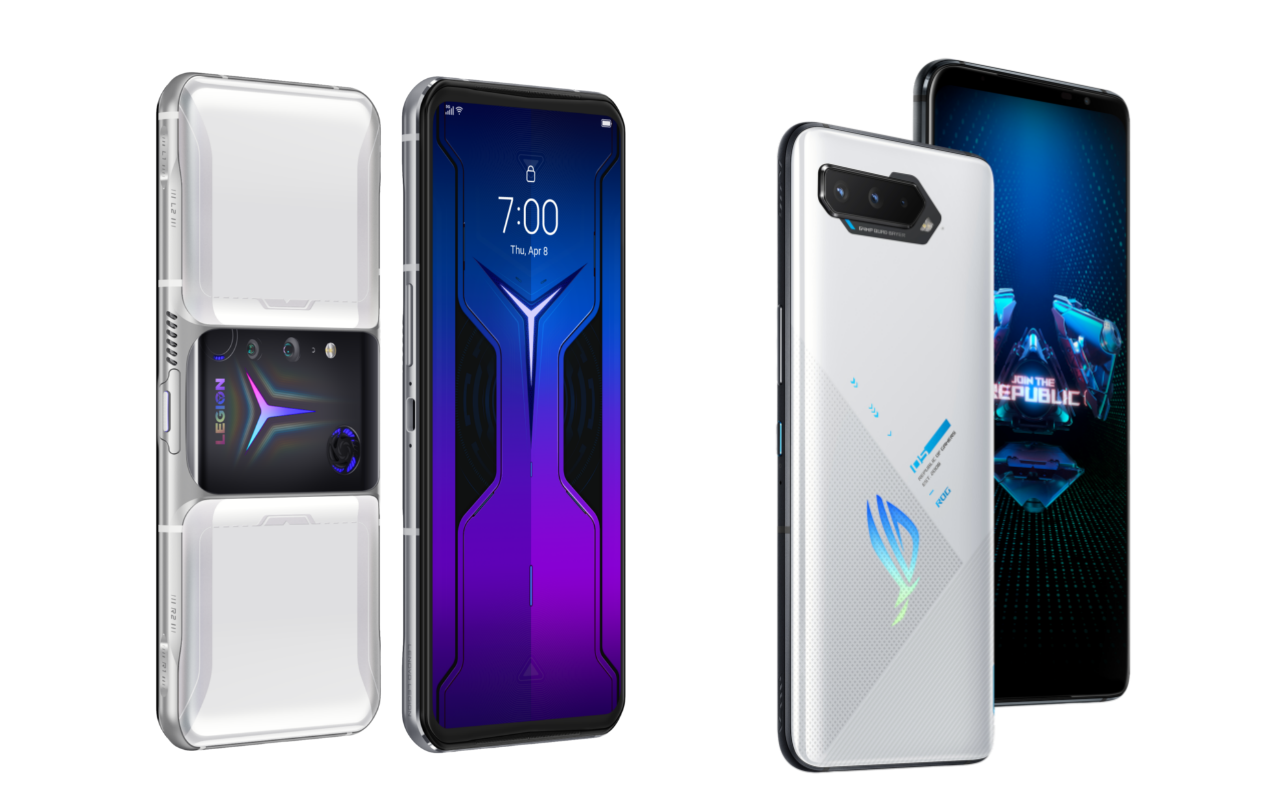 You can expect the two devices to deliver a great visual experience thanks to their large AMOLED screens with 144Hz refresh rate and support for HDR10+. The Legion Phone Duel 2’s screen is slightly larger than the ROG Phone 5, but the ROG Phone 5 has more pixel count. However, the former has a higher touch-sampling rate which can provide more advantage in competitive gameplays. When it comes to protection, both are protected by Corning Gorilla Glass. However, the ROG Phone 5 has the newer and tougher Victus.

While it’s great to have the largest RAM and storage configuration, having a smaller RAM and storage option allows the manufacturer to offer the device at a lower price. We’ll know more about that, though, when both devices have launched in the country.

The Legion Phone Duel 2 only offers dual-rear cameras, but that’s not a big downer, though, considering that this is a gaming smartphone. But if you’re looking for something that can be versatile when it comes to mobile photography, the ROG Phone 5 offers triple-rear cameras.

When it comes to selfies, the Legion Phone Duel 2 has a higher front camera resolution at 44MP in a pop-up mechanism. It’s placed at the top center in landscape mode, making it more optimized for streaming gameplays. The ROG Phone 5, on the other hand, has 24MP placed in the top corner of the bezel.

Both devices are pretty much equal in terms of connectivity features. Both have 5G, Bluetooth 5.2, NFC, two USB-C ports, multi-band SatNavs, dual front speakers, quad-microphones, extra touch keys, RGB lighting, and haptics. The ROG Phone 5 has the advantage of having WiFi 6E, which is an extension of WiFi 6 for 6GHz band utilization and faster throughput. It also has a 3.5mm audio port, so you can still use your favorite wired headphones without the need for a USB-C adapter.

See also  OPPO A76 priced in the Philippines

Gaming smartphones generate a lot of heat. That’s why both come with their own cooling technology. The ROG Phone 5 cools itself using an accessory called the Aero ActiveCooler 5, which blows air at the device’s back. The Legion Phone Duel 2, however, has a more sophisticated cooling system by having it built-in. It has passive cooling components and a vapor chamber liquid cooling area. To help dissipate the heat, it uses an intake fan to bring cool air in and an exhaust fan to blow the warm air out.

We’re torn between the two as each has its own advantages. The best way to find out the better device is once we’ve reviewed both devices. We’re already done with the ROG Phone 5, so we’ll have to wait to get our hands on the Legion Phone Duel 2.

Lastly, the price. The device with a lower price will also become the more attractive option. ASUS will soon launch the ROG Phone 5 in the country and announce its price, while Lenovo is yet to announce its arrival. We’ll have to wait and see. But in the meantime, which device do you prefer for gaming? Let us know in the comments below.