Back in the days when 4-inch smartphones were abundant, the term “phablet” is used to coin a smartphone with a screen size that’s larger than five inches. But as 5-inch displays become the norm, the term is almost exclusively reserved for really ginormous handsets like the recently-launched Lenovo Phab Plus that sports a 6.8-inch panel.

Although its specs sheet alone should already convince anyone that it is indeed a humongous device, holding the Lenovo Phab Plus for the first time is still a surreal experience. It changes whatever perception you had about phablets and from there you’ll either be awed with the sheer size of its display or find it absurd for a smartphone to have such a huge screen. 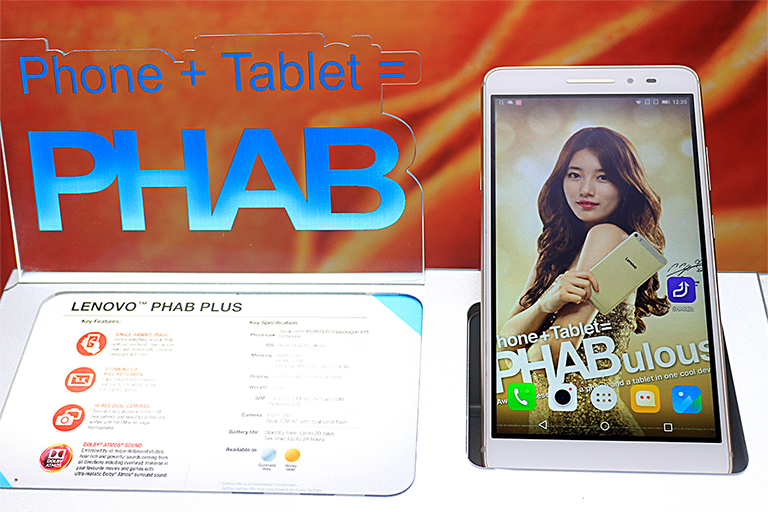 Whatever impression it left, the Lenovo Phab Plus is truly a sight to behold. Its 6.8-inch, 1080p panel is almost the only thing you’ll see on the front of the device with a just tiny room at the top for the earpiece, sensor and secondary camera.

There were some undeniable semblance to the iPhone 6 Plus’ design can be found on the Phab Plus. This include the unibody design with rounded corners, the flat back panel complete gray pinstripes that run across bottom section of the handset and along the side of the top panel, as well as the design of the microUSB port. 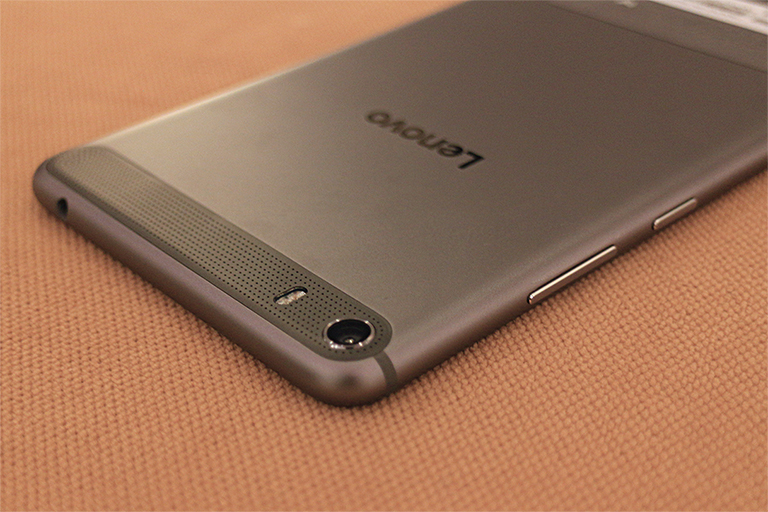 Despite the similarities, the Phab Plus is far from being an iPhone 6 Plus knock off. Perhaps the most striking design feature of the former is the top-mounted speakers on its back side. Apart from providing very decent audio output, the loudspeaker also serves as an accent to the otherwise all-metal smartphone.

Also found in this section is the Phab Plus’ 13-megapixel rear camera along with its dual-LED flash unit near the left corner of the device.

Around the edges of the device, you’ll find the usual set of components which include the three physical buttons on the right side for power and volume adjustments, microUSB at the lip and audio jack at the top. 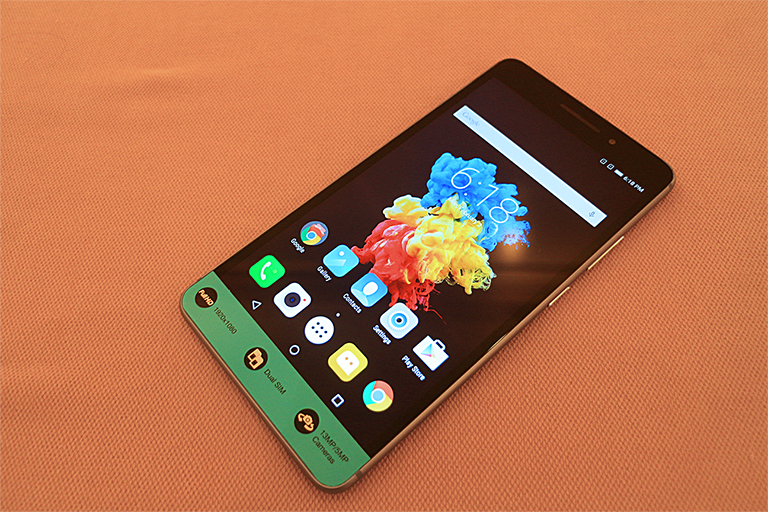 As is expected from such a big smartphone, one-hand operation can be quite a chore, unless of course you’re Shaq or someone with similarly-sized mitts. Even the most mundane task of reaching for the power button or adjusting the volume can be quite challenging without holding the phone with both hands.

These are just some of the tradeoffs, but in return you get a spacious 6.8-inch IPS display with full-HD resolution that equates to a respectable pixel density of 323ppi.

There’s no getting around the simple fact that the Lenovo Phab Plus’ greatest attribute is its display. Sure, the specifications meet the standard of what we consider as a mid-range smartphone nowadays, but at the end of the day it’ll still boil down to whether or not you’re comfortable to use such a big handset that won’t fit your side pocket.