Landing on our hands today, the LG G Pro 2 is the evolution of LG’s flagship phone, the G2, and is the successor to the Optimus G Pro. It hosts almost everything the G2 packs and more, such as expandable storage, a larger display, a removable back cover & battery and more software tweaks. Without further ado, we take one more step closer with LG’s most powerful phone at the moment. 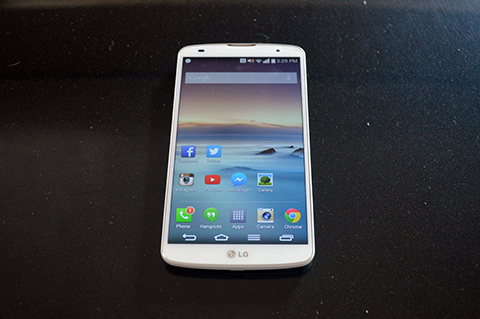 The phone they sent us is a white model, and it looks really classy. Taking it into your hands is a different thing as the plastic feeling still stands out. Despite the extremely large chassis of the phone, it doesn’t feel cumbersome to hold – which is an amazing feat achieved by this device. Everything still falls correctly into place, and even the buttons on the back have grown on me and aren’t hard to press. The texture on the back still feels weird for me on some cases, but we learned to ignore it. A case will probably change that. Two handed operation is really required to maneuver the LG G Pro 2. It’s nice that they’ve added software tweaks to counter this, but the large construction still stands. If it weren’t for the weird feeling plastic and the extremely massive design, the G Pro 2 should have been near perfection.

At 5.9-inches, we’re looking at one of the largest displays ever used in a phone. I wouldn’t call it a tablet just yet, but it’s really unusual having a phone this size. However, LG has tried many ways to hide this through software tweaks, the onscreen buttons and even the very thin bezels. For the most part, it helps, but you can’t deny it forever. But that’s only the bad part. The great part is that the resolution is at 1080 x 1920 and that it’s an IPS panel. The experience when it comes to sheer size is unrivaled as every time I show content to everyone through my phone, they just wow. The viewing angles are wide and even the brightness levels are amazingly good. However, we did notice quite some tint to it and we found that the display’s color quality and contrast could be better.

One tricky part comes into play through. Whenever I get sweaty hands, the screen becomes easily super sensitive. It generates random presses and taps that I don’t want happening, which is really quite a mess. That barely occurs on my Nexus 5, so that’s one thing to note.

It’s hard to notice Android 4.4.2 KitKat in this phone, mainly because LG topped most of it with their own software – and they’re begging you to use it. Q-slide, QuickMemo, QuickRemote, their own suite of apps and a lot more will be all over the screen when you initially get the device. The theme is also changed with a more edgy and colorful look, and while we didn’t like it all, it is tolerable. 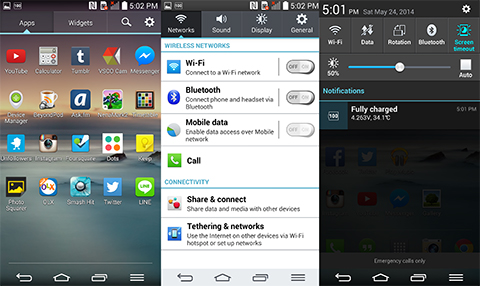 After turning this device into something like my daily driver, I was able to make peace with the UI. I was able to hide certain unwanted settings, hide some apps and if I wanted to, I can just replace the launcher – but I don’t think I need to at this point. I didn’t replace the keyboard as it works really well. For someone who wants to use this phone, you will have to tweak almost all the UI settings to get the best out of it.

As for the features and the additions, they really are useful. Multiwindow is an obvious addition to a phone with a screen this big. For a phone with all the buttons on the back, knocking a pattern on a screen that’s turned off is a nice touch. You can also customize your onscreen buttons if you want to. LG knows what features are good and what aren’t gimmicks, so glad to say the skinning is well put. The design just needs to evolve perhaps.

The speakers on the G Pro 2 are loud, but the quality isn’t something that will sweep you off your feet. It fires to the rear so it can get covered up sometimes, but it works more than well enough for multimedia purposes. 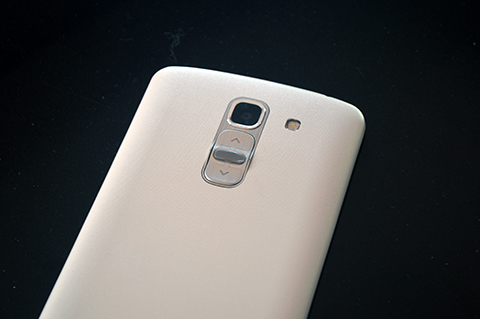 As for the camera, it is rocking a 13 megapixel shooter with a power to measure – OIS, 4K video, slow motion and a lot more. All of the new additions are really fun to play with, impressing a lot of people who come into contact with this phone. It has almost all of the camera features of the competition, so don’t worry. The only thing that’s bugging us is the UI and how slow the viewfinder can get sometimes. For a high-end phone, we’re still getting motion blurs and shutter lags, and that is an issue. 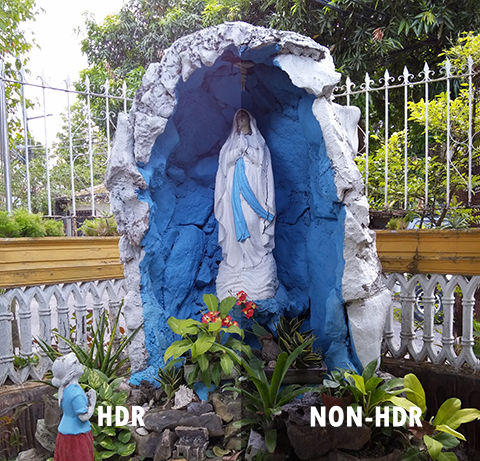 As for the photos taken by the camera itself, they are really impressive. The phone excels in both available light and low-light, giving you really accurate colors and good contrast. They are less noisy than the usual, and we enjoyed the photos enough to take it out every mealtime. The video is just as impressive with many modes to choose from – and they’re really smooth. The interface with slow motion at 120 fps still needs some work, but the majority works just as expected.

From my experience, the only problem I encountered with taking calls on the G Pro 2 is how I sometimes accidentally press hold using my cheek. It’s all mostly due to that huge screen, but hey, it’s still the calling experience. I have to check once again if we’re still on the line. 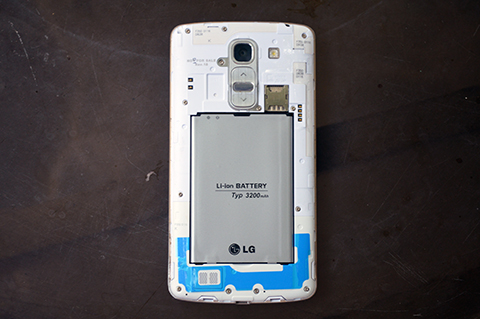 As for connectivity, the G Pro 2 packs a lot of radios. We didn’t come across a lot of problems with it, but one thing I noticed is that I can no longer connect to the WiFi when I’m on the second floor wherein I can still get a few bars on the other phones I’ve tested.

With a fast Snapdragon 800 CPU and 3GB RAM to back it up, the LG G Pro 2 is no slouch. It’s incredibly fast in doing almost everything and only starts to hiccup when we throw high-res 3D games at it at full settings and all the action is happening. There might be very small delays in navigating through the UI, but our best guess is that is because of the UI itself and not the lack of processing power. On day-to-day usage, I am not disappointed by the 3,200mAh battery inside. It’s not mind-blowing to take you on for days, but it gets me through a day and a half when I use it as my daily driver for watching YouTube videos, browsing news & social media, texting, chatting and a lot of the basics. For our battery test, we played video at 50% brightness and audio volume and it manages to last 5 and a half hours from a full charge.

At the end of our time with the LG G Pro 2, we can say that the company is going on the right track, but the Pro series may still need some work. The G Pro 2 is an amazing smartphone, no doubt about it, but after using it as a my personal phone for a couple of days, I’m 100% sure I don’t want a phone this big. Maybe I can learn to want it, but for now, the size isn’t justified. 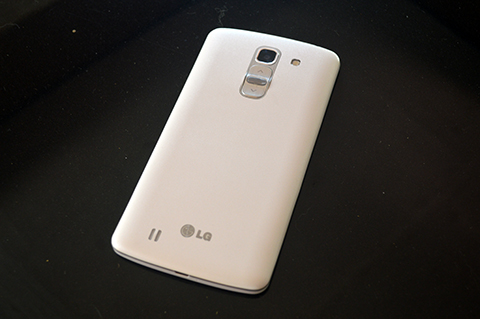 If LG improves the formula with better feeling build material and more polished software in a smaller body, they could be near to producing the perfect smartphone. But for now, the LG G Pro 2 simply remains as a larger and a slightly better G2.