Following one of the company’s most successful phones, the Optimus G, LG has finally announced its successor – the LG G2. The brand Optimus has been omitted from the naming this time, and a lot of improvements are promised as the Korean company plays out their card. 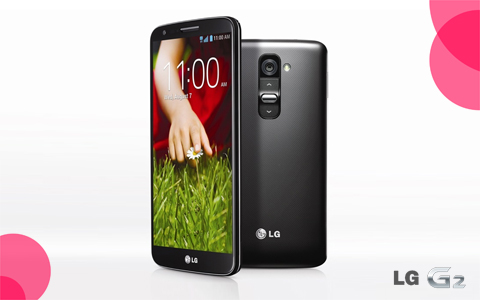 The glass and crystal-patterned backing is nowhere to be found here anymore, as it is replaced by a texturized one. On top of that will be the 13 megapixel camera w/ LED flash and the uniquely placed volume & power buttons, which aims at making volume adjusting and ergonomics convenient when your fingers are on the back of your phone.

The bezels on the front side of the device are also thinner now, and LG even had the capacitive buttons removed to make way for on-screen ones. All of this is supposed to result in a more manageable form factor.

Software consists of highlights as well. From unlocking the phone & guest profiles to app shortcuts & gestures, LG has you covered with the little things as the additions found in the company’s Android UI is just plenty and quite a mouthful.

Accessories will be made available for the phone as well, such as the QuickWindow case, which will enable you to control simple tasks on your phone without actually having to fully turn it on.

The phone will be available in black & in white colors only. Date of & price at launch is still unknown as of the moment, but it will slowly roll out internationally soon.