LG showcases smartphone display that curves on both sides 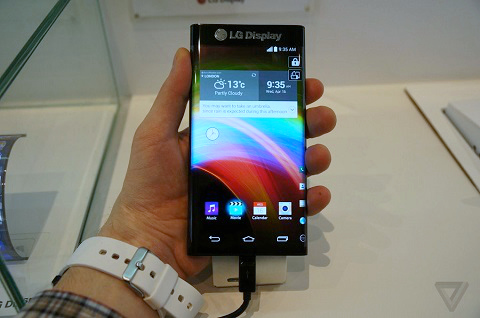 Photo by The Verge

The LG Display concept device shown above features a 6-inch Active Bending OLED display with HD (1280 x 720) resolution and capable of 300 nits of brightness. As mentioned earlier, it curves on the left and right edges. The Verge has more photos here.

See also  LG Optimus One lands, priced at 50% off!

LG says that the display is ready for mass production but so far no word yet about the first device that will feature it.

CNET also has a hands-on video of the device which you can watch below.

My Nexus 5 and my wife’s Nexus 4 still work great. Reliable talaga ang LG. I hope this is their next G4!

… that curves on both axis. Or both dimension. (?)

…another unique innovation from LG… always makes surprises :) is this from CES Las Vegas? at least hindi nasayang yung ka-ka refresh ko sa web (looking for something unique item from CES 2015, aside from LG Gflex 2 & Asus line-up).. thanks for this info… YugaTech…