The LG V10 is the company’s latest flagship smartphone in the Philippines that boasts features not usually seen on other handsets. This includes a full manual control over its imaging, dual display, and dual front cameras while sporting a premium build quality. Let’s take a look how these new features fare in daily usage and determine if they are indeed useful or just something to play around with. 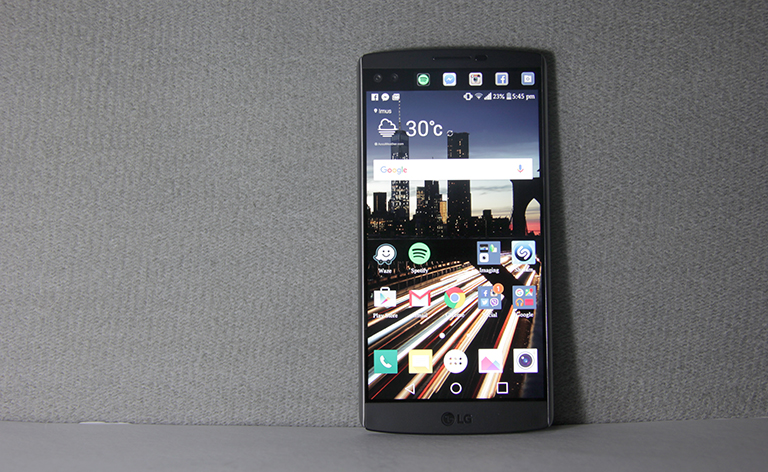 The LG V10 is quite tall at almost 160mm. This is due to the sizable 5.7-inch screen that acts as the main display and another 2.1-inch panel on top of it for the secondary screen. This makes the device more suited for two-handed use, as using only one hand may limit you in reaching icons on the far end of the display (depending on what hand you’re using). This was the case for me, considering  I already have bigger-than-average hands. We’ll discuss more about its dual display in just a bit. 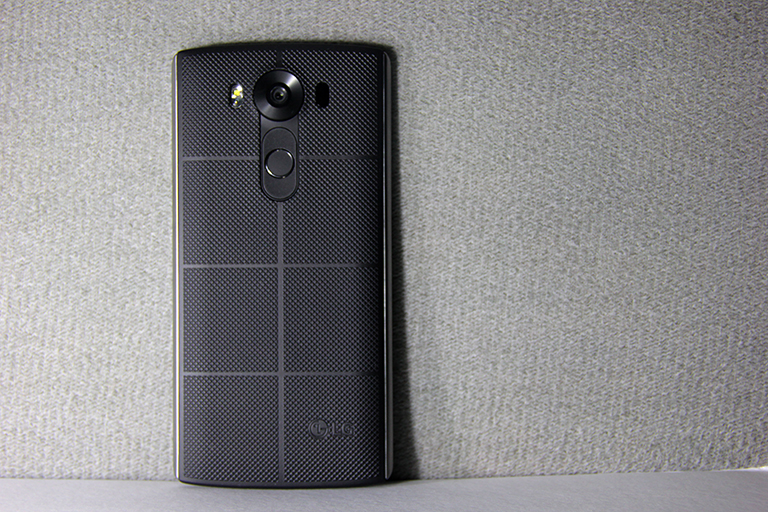 What’s prominent about the build quality of the V10 as a whole is found when you turn it on its back. It has a silicon-based cover which the company calls DuraSkin and is highly resistant to nicks and scratches. It also adds a good amount of grip either when you hold it or simply place it down on a table so the device doesn’t slide. Aesthetically, this back panel adds a good texture and is a fresh look from the usual bare and plastic backs commonly seen on smartphones today. 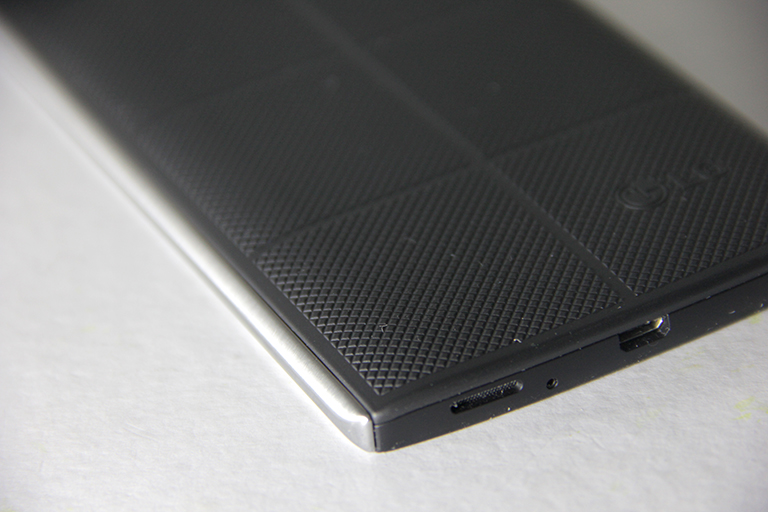 The company implemented stainless steel that acts as a frame on the sides of the handset. This gives a totally solid feel and sturdy support for the device that further adds premium quality to the form factor. We tried bending the smartphone, but it won’t even budge — not one bit. In this aspect, we’re all praises for the V10.

In addition, rest assured that scratching the screen would be kept to minimum thanks to its Gorilla Glass 4 protection. Want to know how scratch-proof the Gorilla Glass 4 is? We tried using it to hammer a nail and as a chopping board and it survived without any scratches (See Zenfone 2 Laser’s video feature here). 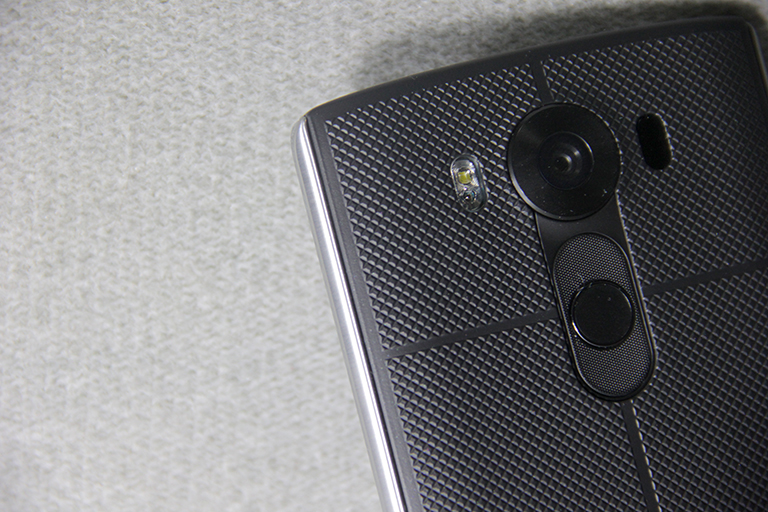 At the back we have the 16-megapixel camera with OIS and Laser Autofocus, just like the LG G4. Below it is the lock button that doubles as a fingerprint sensor. After registering our fingerprint on the device, it proved to be highly accurate and we were able to unlock the screen 9/10 times we tried.

Also seen here is the handset’s volume rocker flanking the lock button. One gripe that we have here was that the texture of the back panel is almost the same as the one in the volume rocker. Because of this, it was quite hard to tell the difference between the two while only using our finger (without having to look at it) to adjust the volume. This is one minor design flaw that LG overlooked, in our opinion. 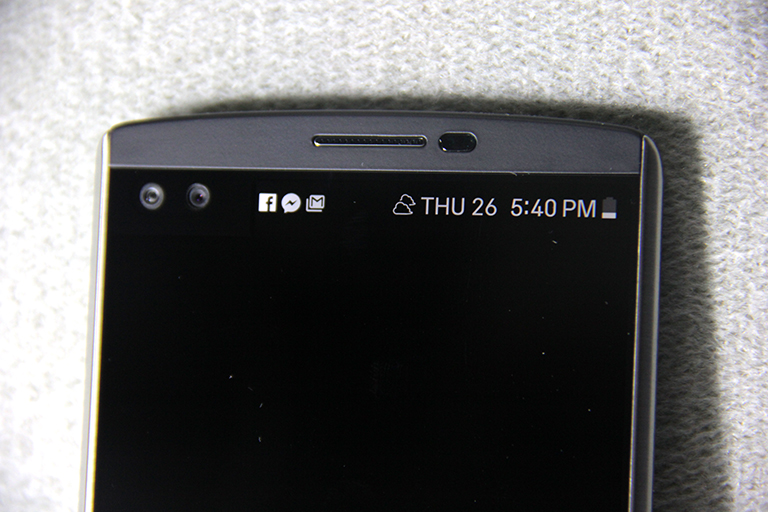 Up front, the camera has a dual lens setup that captures either a standard 80-degree shot or a 120-degree wide-angle photo so you could fit more people in — eliminating the need for a selfie stick. We have our thoughts on it and we’ll dive more into them in the Camera section of this review. 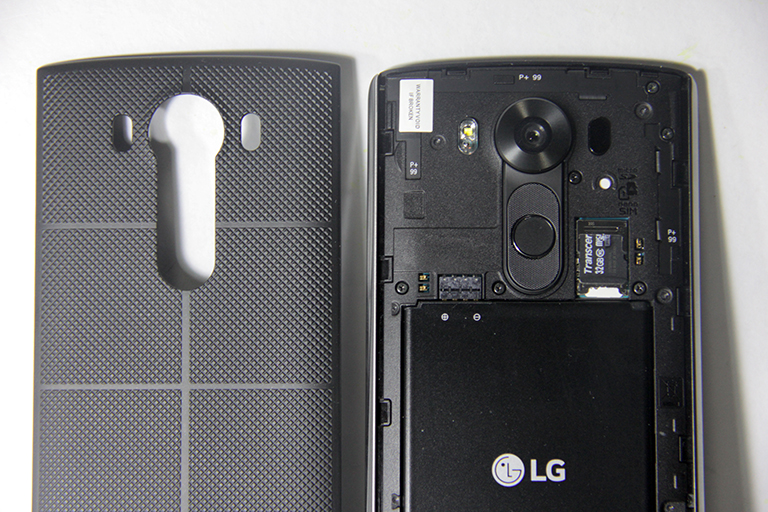 Another thing we totally like about the V10 is that not only is its memory expandable up to 2TB, but it also has a removable 3000mAh battery by popping off the back cover. If you’d think about it, most flagship handsets today no longer has these three capabilities — either there’s no room for memory expansion, the battery is built-in, or the back cover isn’t removable. 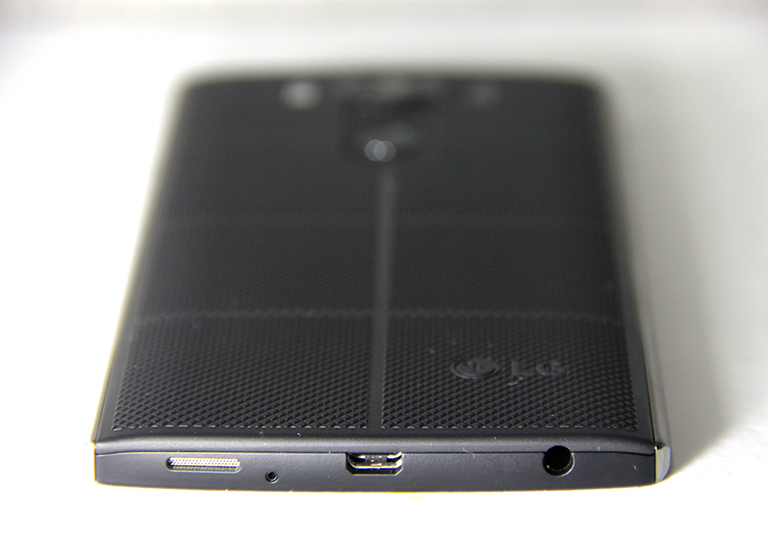 The speaker grille, microUSB port, and audio jack are all lined up at the bottom. This leaves all the other sides devoid of any ports and buttons.

Next page: Display and Multimedia, Camera, and OS, UI, and Apps.

Which version of the lg v10 will work in the philippines?

to test if the dac feature works, the music has to pause when toggled to on/off. well thats what forum peeps observed. by the way both headphones are typical smartphone targeted cans. probably not optimized for a dac.

Kaya hindi nya ma distinguish masyado yung DAC feature is because yung ginamit lang ay yung stock earphones (or earphones in general). The people from headfi.org that use audiophile cans can swear to the greatness of this feature. Some even would buy the unit primarily for this feature that is just as good as standalone mid-range DAC. And those are expensive.

We also used Sony’s MDR-1A and Marshall’s Major II and the same performance was achieved. I think it’s because some music apps like Spotify aren’t supported yet, although there’s a workaround already as pointed out by the previous comment.

Default font is Script, but you can change it.

sir i believe you forgot one piece of lg v10 review; that is the DAC integrated in V10. That is one thing that is unique to other phones and one of the reason why i’m saving my allowance for this phone.

Thanks for pointing that out. The article has been updated under Display and Multimedia. Although not too obvious, sound reproduction is still impressive and would win the favor of those who want balanced elements across the spectrum. Hope that helps, sir.

you forget that its black :P