With the recent announcement of the local price of Microsoft Lumia 435 and touted as the most affordable Lumia in the Philippines, we take a look at what this Windows 8.1-powered phone can offer while carrying a budget-friendly price tag.

With this device belonging to the Lumia series, we see very similar elements in terms of aesthetics — starting from its single-colored back with a lot of hues to choose from and three capacitive buttons up front, the Lumia faithfully retained this look as well the rear camera positioning at the middle of the back cover. The Lumia 435 carries a 4-inch display with your normal bezels on both sides. At the top is the Microsoft branding right beside the front camera. The three capacitive buttons down below don’t light up. It’s easily understandable considering it being an entry level handset. The entire device is protected using a plastic cover that encases the handset, sealing its surroundings and only exposing the display. The back panel is non-glossy and feels sturdy enough to not easily crack. 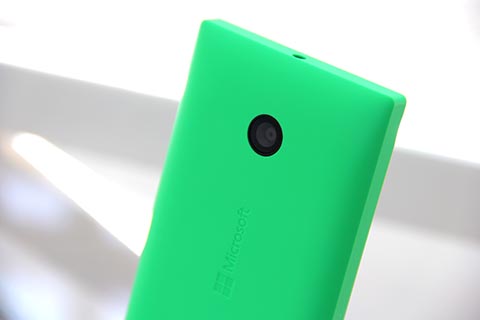 As mentioned earlier the Lumia 435 still retained the rear camera being right smack in the middle of the back cover, right above another branding of the company engraved into the plastic. Up top is where the 3.5mm audio jack is located, aligning itself with the camera. 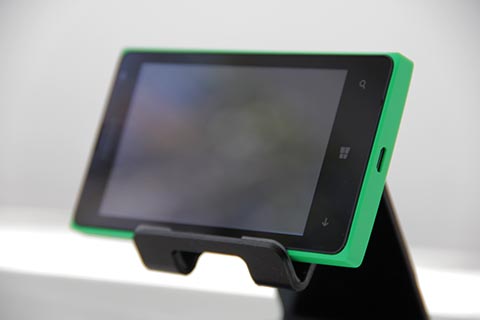 At the bottom is where the microUSB port is tucked neatly for charging the device and transferring files. 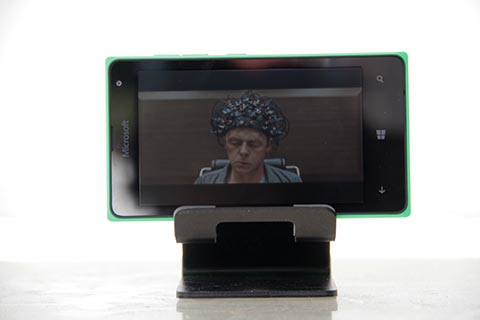 In order to watch a video, the device needs to convert the file to a lower resolution (1280 x 532) before it becomes playable. After which we played it and picture quality was generally satisfactory. It was sharp enough, has good brightness to it, and surprisingly has a loud speaker.

We usually don’t encounter handset speakers that could be heard from afar but this one does and we’re confident that you wouldn’t need a pair of headphones just to understand the dialogues.

Viewing angle is also generally good but when viewing from the left side of the screen (on landscape) visibility is really poor. Other than that, we had no complaints in this section. 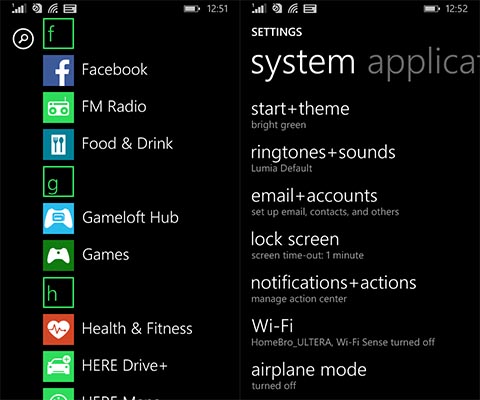 The device runs on Windows 8.1 OS with Denim update which is the latest firmware available for all Lumia phones. With it navigation was smooth enough and its UI was reacting responsively with each swipe.

The device comes with a free global HERE Maps and HERE Drive+ as well as a free HERE Transit available in the Store as part of their HERE location services so you’re pretty much covered in terms of navigation. 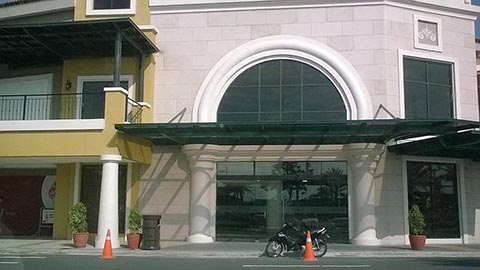 Carrying a 2MP Lumia rear sensor, its camera produces images that are usually showing digital noises. It’s understandable though, as we don’t really expect jaw-dropping details and clarity on an entry-level device. Still, its camera takes decent shots and will suffice for day-to-day usage.

Its dual-cored Snapdragon 200 processor clocked at 1.2GHz proved sufficient to make sure things are going smooth for the user.

We’ve mentioned earlier that navigation through apps was responsive and it was able to maintain that composure during our entire time with it. We used it for common tasks on a daily basis like checking social media sites, watching videos both online and offline, and playing games once in a while.

We’ve just had some sort of a speed bump while we were trying to sign in to our Microsoft account so we could download apps. On the sign in page, we carefully keyed in the email address we registered previously and entered the password as well. It wouldn’t let us log in and would just refresh the sign in page with no advise whether what we typed was incorrect or not. Attempt after attempt we tried but we couldn’t log in. What was weird was we were able to successfully sign in using a computer — but it wouldn’t work on the phone. Finally we ended up just creating a totally different account just to get through. It this is a bug of some sort, Microsoft needs to do something about it.

Running the benchmarking app AnTuTu, we were able to score 7,271.

We popped out its back cover and removed the battery to reveal its dual-SIM slots along with a microSD slot. After placing the SIM we tried testing how its signal reception delivers and it fared pretty well — we were able to hear the other line clearly and it seemed like the background noise got toned down for a bit.

Its 3G capabilities became useful for me when my iPhone’s battery dies and I’m still out of the house. I just flicked the data connection on and I was back online with no experiences of randomly disconnecting. 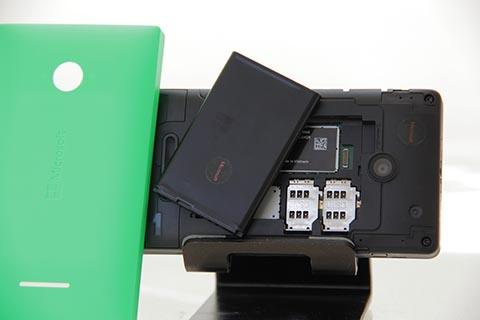 We ran our usual battery test with the following parameters: Airplane mode, 50% brightness, 50% volume, and the result is almost 6 hours of continuous playback. This is not bad considering its 1,560mAh battery wasn’t aided with the battery-saving feature this phone has. 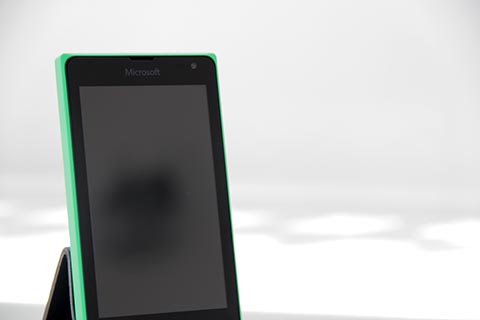 With an asking price with just a little over Php4K, the Lumia 435 Dual-SIM is a good phone to keep in mind if you find yourself having affinity for Windows phones and at the same time are tight on budget. We had some trouble with our Microsoft account but it carried everyday tasks smoothly. The need to convert high-res videos into lower resolution is cumbersome, but on the bright side the speakers are powerful which is not common for entry-level phones.