We were sent live images together with the pricing of MyPhone’s soon-to-be-out Android smartphone with a 3D screen, the A919 3D Duo. 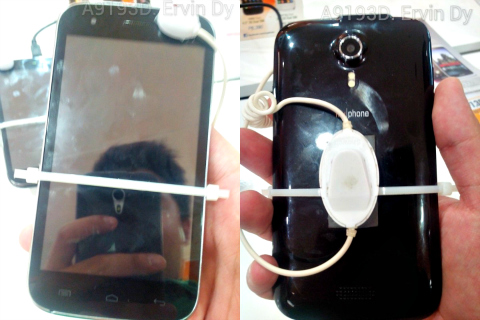 The MyPhone A919 3D Duo will sport specs similar to the A919 Duo only this time it will be sporting full-parallax 3D panel called Naked-Eye, allowing you to view media in three dimensions without the need to use 3D glasses. If you remember the LG Optimus 3D Max we reviewed last year, the same concept applies. 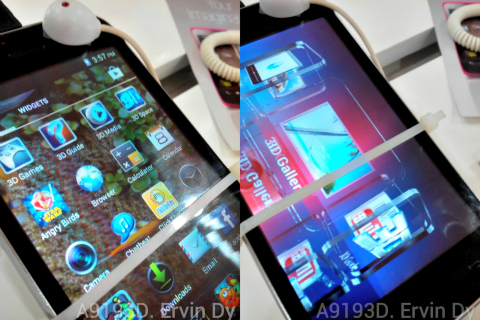 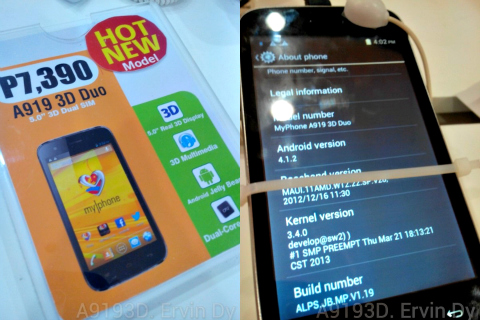 The live photos were taken at a MyPhone store in Market Market. According to our tipster, the MyPhone saleslady informed him that stocks will arrive in August. And as seen in the photo, it is priced at Php7,390.

Thanks Ervin for sending this in.