It turns out that all the leaks are true. Google has finally released a bright red Nexus 5, the first Nexus device to have such color. 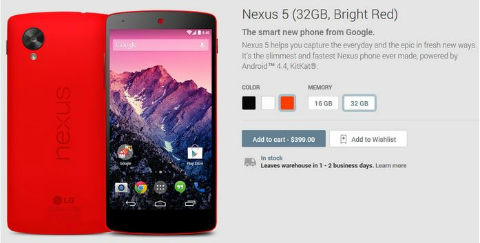 It is already on sale on Google Play Store in the U.S., U.K., France, Italy, Spain, Australia, India, Japan and Korea. A wider European rollout is expected soon.