HMD Global has brought the revamped version of the classic XpressMusic phone in the Philippines, the Nokia 5310 (2020). As a big comeback of the iconic phone, it now comes with a 2.4-inch colored display, easy to touch keypad, a micro-USB port, as well as apps like Facebook and Mobile Store out of the box.  Is the new take on the Nokia 5310 worth getting? Here are our thoughts. 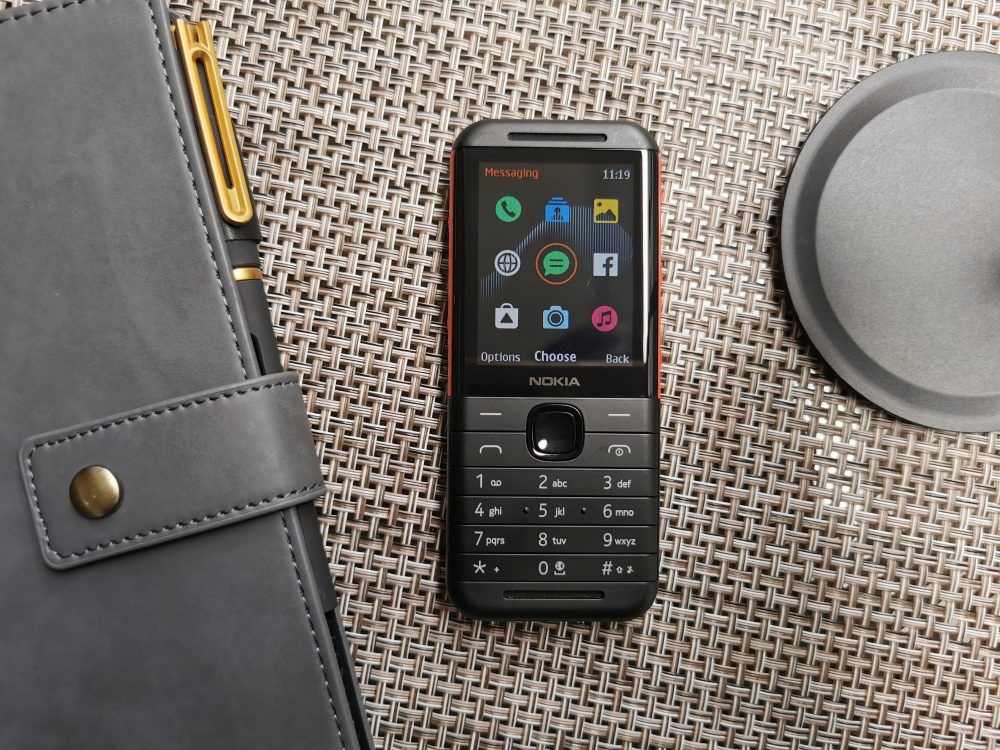 In terms of design, the 2020 iteration of the Nokia 5310 looks chunkier from its ancestor. As a refreshed version, it features a matte plastic body that shimmers under the light. It is heavier by 10g and has lessened the side bezels. Comfortable to hold and feels more solid even when gripped single-handedly, the phone has a removable back panel. The local variant of the Nokia 5310 comes in Black and Red colorway. 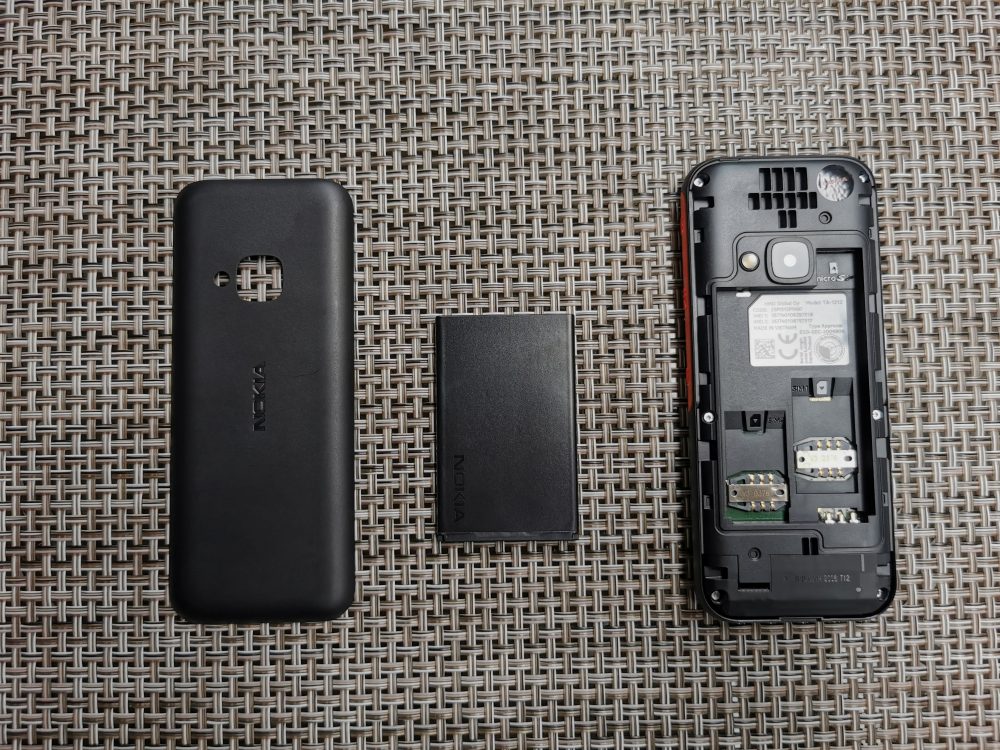 To use it, you’ll need to pry and open the through a groove located underneath the phone, pop in the battery, and press the power button on. The latest Nokia 5310 has a removable battery rated at 1,200mAh. Propping up the back panel reveals the LED flash, VGA camera, and dual mini-SIM slots. It also has an expandable memory up to 32GB via a microSD card slot. 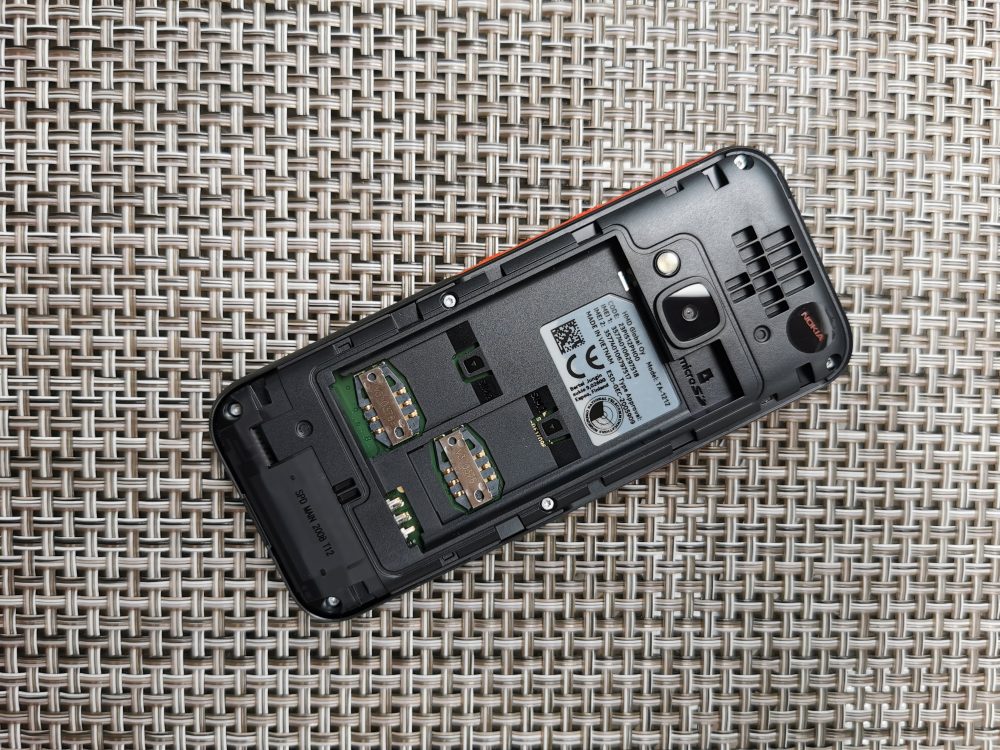 And since the phone is branded under XpressMusic, the feature phone also serves as an MP3 player. It bears the same recognizable buttons on each side instead of putting it on top of the screen’s bezels. Accented in red, the volume rockers are placed on the left. 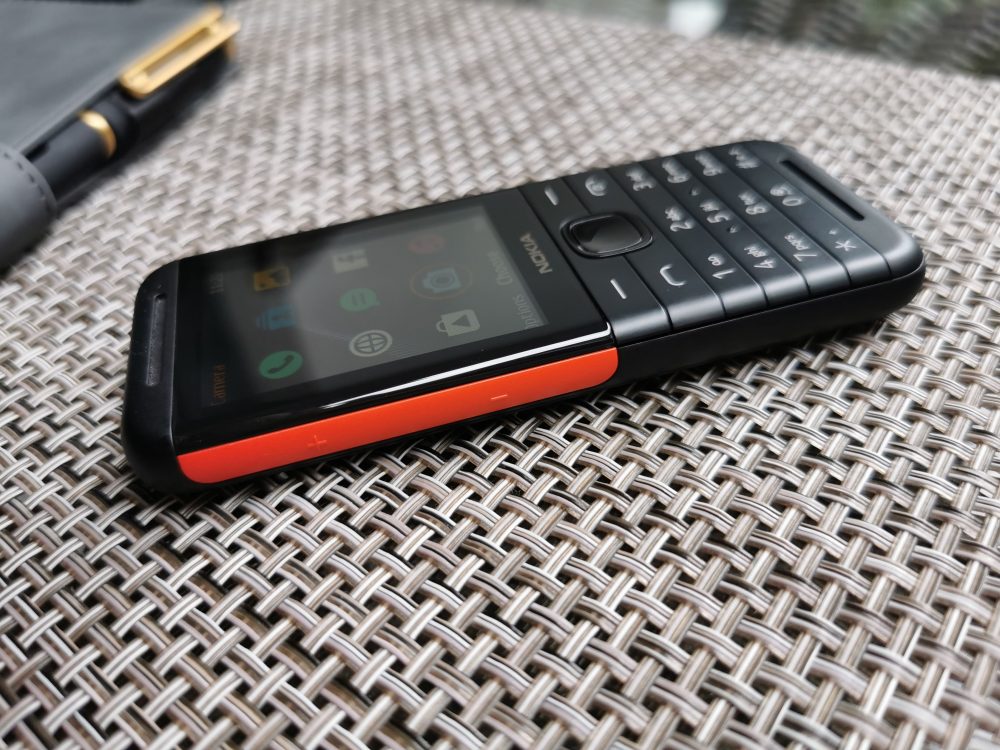 Meanwhile, the previous, pause, play, pause, and next buttons are on the opposite side. These buttons grant more controls for both music playback and FM radio. 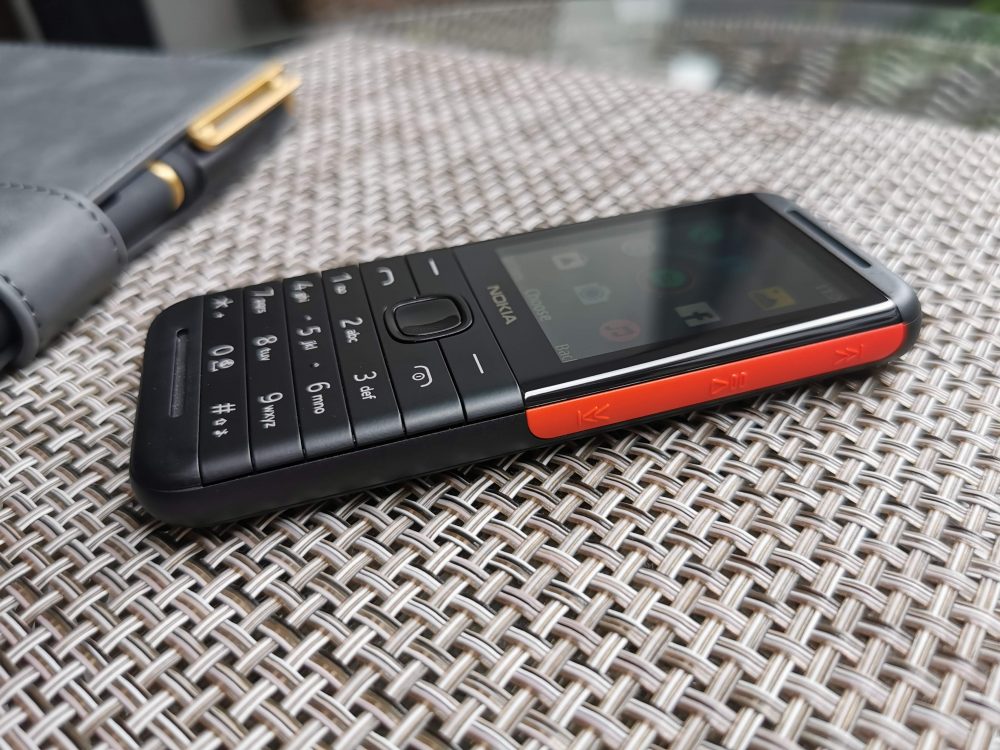 At the top lies a micro-USB port for charging and a 3.5mm audio jack for connecting wired earphones. 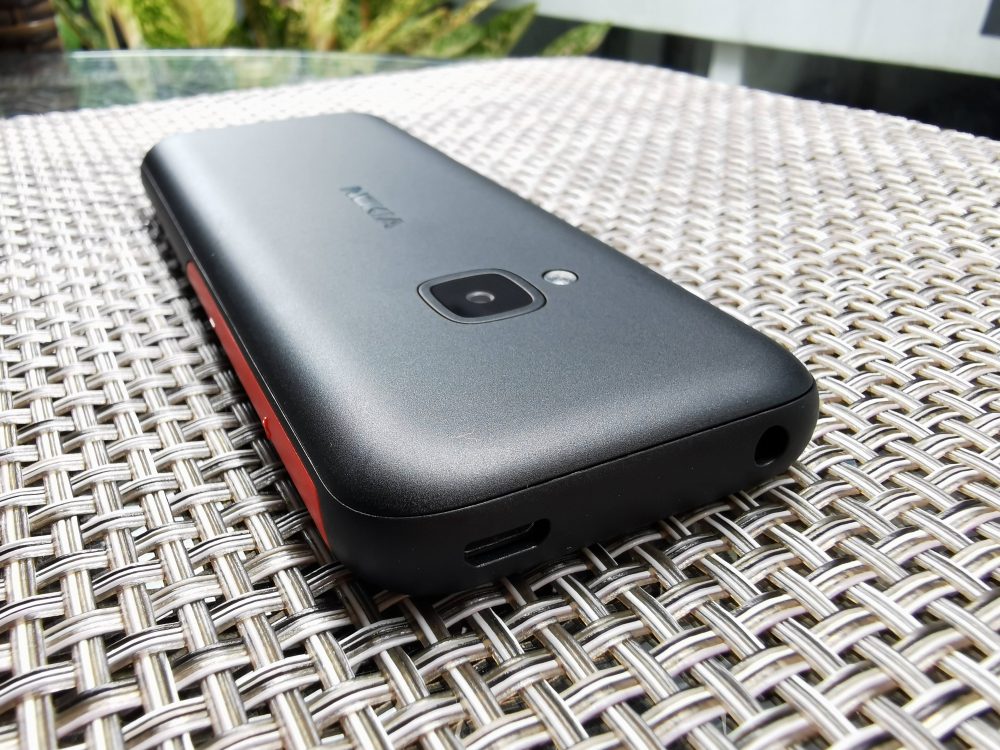 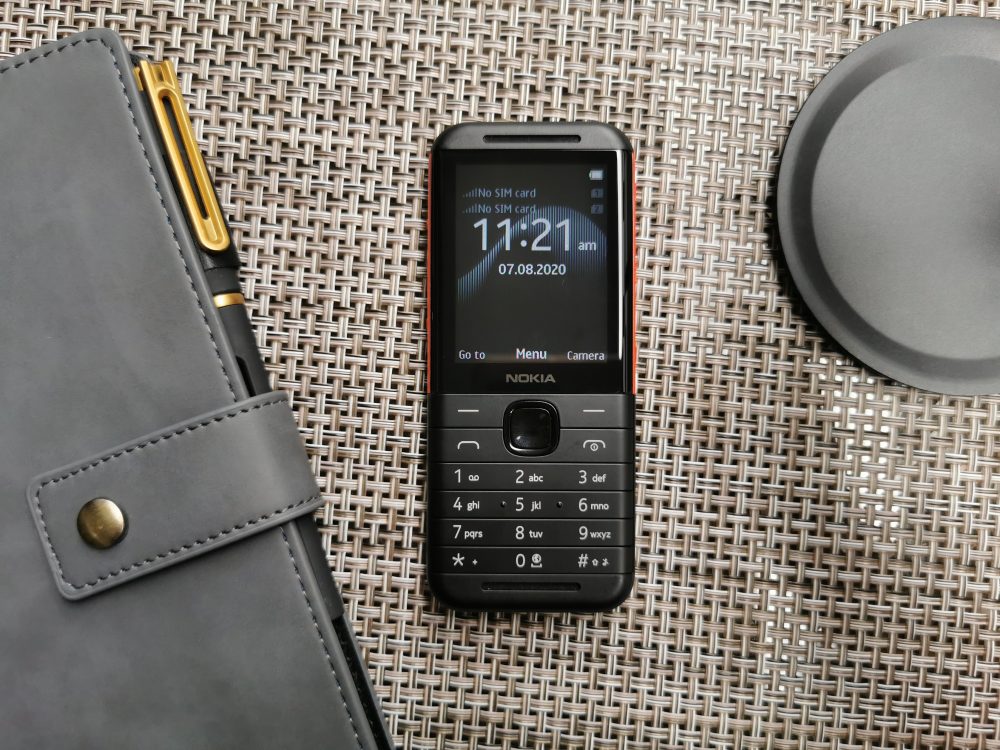 Apart from the design, the new Nokia 5310 comes with a bigger and easy-to-touch alphanumerical keypad and navigation key. The upper left key grants users faster access to apps while the upper right is dedicated to the camera. It is responsive and comes with a bright, white backlit. The power button is placed below the camera button. We also took some photos with the phone’s QVGA camera. Photos, as expected, are a bit blurry and have noise. Its camera app allows users to take photos with filters, in various scenes, burst mode, and in self-timer.


Onboard, the feature phone has 16MB of storage and 8MB of RAM. Powering it is a MediaTek MT6260A processor. As for connectivity, the phone may share media files through Bluetooth 3.9, and listen to FM radio. It is also pre-installed with an Opera Mini web browser, Facebook, Weather, and game such as Snake in its digital version. Demo games such as Assassin’s Creed Unity and Doodle Jump can also be played on the phone for a limited time. The only catch that we see is that users would need to use mobile data to go online and download other apps since it doesn’t support Wi-Fi connectivity. On paper, Nokia claims that its battery can last up to 20.7 hours in talk time. 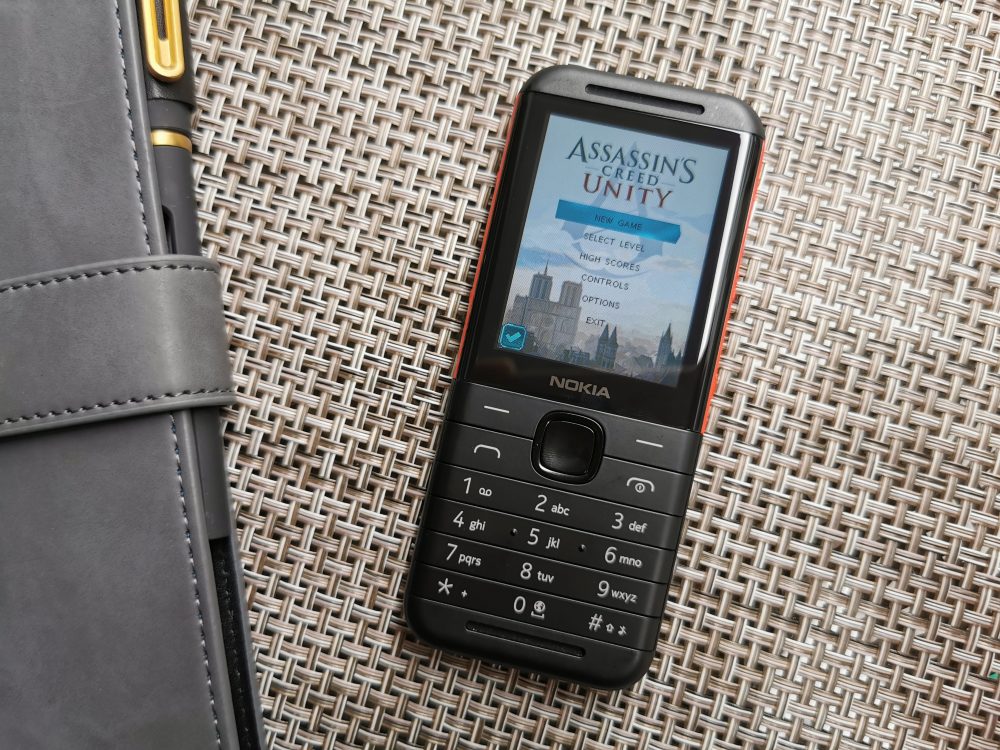 Bringing back the nostalgia, the 2020 version of the Nokia 5310 is for those who need all the basics for a phone. It features a modern take to bar-type feature phones without completely changing from its predecessors. If you’re looking for a basic phone with solid looks and functionality, then the Nokia 5310 is for you. It is currently available on Nokia’s official online stores in Shopee, Lazada, as well as in MemoXpress website for PHP 2,090.