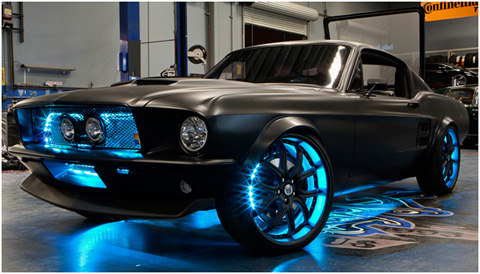 Microsoft had this 2012 Ford Mustang with a 1967 body â€œpimpedâ€ Fast and Furious style with the help West Coast Customs, to â€œinspire developers to think about building apps and automotive technologies of the future.â€ This muscle car is equipped with almost everything that Microsoft currently has in its arsenal: Kinect for Xbox 360, Xbox 360, Windows 8, Windows Phone, Windows Azure, Bing, Ford Sync and more.

The Nokia Lumia 800 comes into play by allowing it to remotely unlock and start Project Detroit with the Viper SmartStart app for Windows phone. It also allows you watch and listen to live video streams from the Kinects that are embedded in the car, rendering the rear-view mirror almost obsolete. A few swipes from the Lumia 800 and you can change the accent lighting and horn sound or send a projected message to the rear windshield “BATMAN CAN KISS MY ***!”

Project Detroit also has a Windows 8 â€“ powered tablet embedded on the dash, allowing you to browse the internet or play Xbox games. So, getting stuck in traffic with this baby is no big deal. 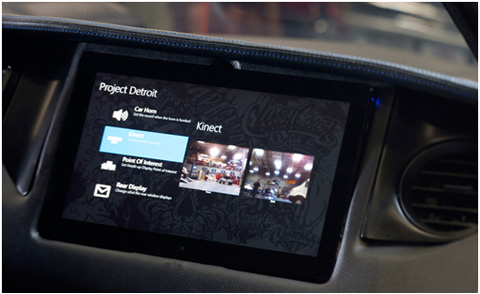 I know this is still far from getting a real life GTA but it’s exciting to see Microsoft’s plans in using its technology for a whole new purpose other than showing how rich Bill Gates is.