Nokia tablet in the works, due for MWC

According to a report, Nokia is said to be working on a 10-inch tablet running Windows RT. On the other hand, sources also indicate that the company will be skipping CES for MWC.

The tablet was planned earlier this year with a Snapdragon S4 processor, but the focus on the production was stopped upon the announcement of the Microsoft Surface. If the reports are true, then the supposed tablet is now back in development and is about to be seen this upcoming February 25-28. 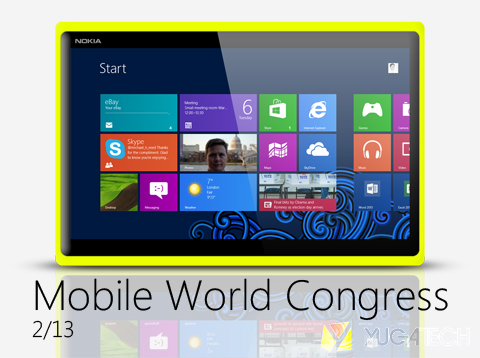 Let’s not forget that the Nokia PureView 808 was announced back in MWC last year, and it was worked on for more or less five years. Nokia has also spent millions of dollars for R&D – which leaves us wondering on what Nokia could possibly pull off this time.

Thinking about it though, what could be the possible selling factor of a 10-inch Nokia tablet over any other tablet? Could it be its design and construction? The display?

A PureView camera won’t make sense on a 10-inch tablet anyway – so that leaves us wondering; what could Nokia possibly bring to the table that would make you leave your Microsoft Surface or any other tablet?