HMD Global, the Finnish company that owns the licensing rights of Nokia’s brand on mobile phones has just unveiled the Nokia 6 — the company’s first Android-powered smartphone which runs on Google’s latest Android 7.0 Nougat. 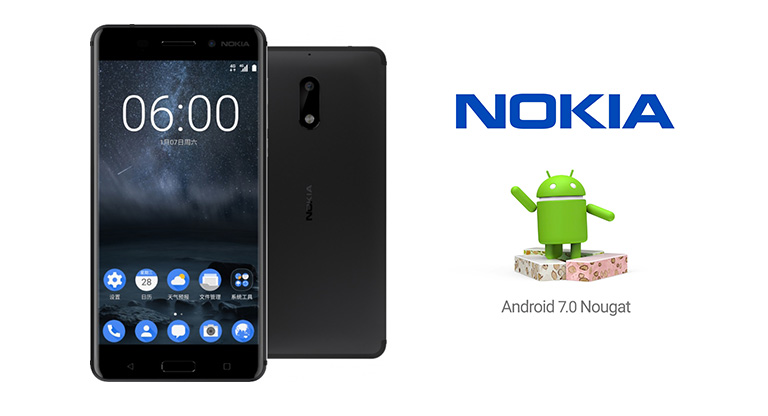 It features a 5.5-inch full HD display with Gorilla Glass protection . Qualcomm’s Snapdragon 430 chipset powers the handset, paired with the Adreno 505 GPU. Under the hood, it packs 4GB of RAM with 64GB internal storage. There’s also the 16MP rear-facing camera with an f/2.0 aperture and an 8MP front-facing camera sporting the same aperture. Watch the official first look of the handset below.

For now, the Nokia 6 is targeted for Chinese users with a price of 1,699 yuan or ~Php12,100 when converted to peso. International and local availability is yet to be announced so stay tuned!

Remember, this is made by HMD Global, not the original Nokia from the 90’s/early ’00s that we all remember and loved. This (re)incarnation is just an OEM licencing/re-branding arrangement, like how the new Android “Blackberry” phones are made by TCL/Alcatel and not Blackberry themselves anymore.

Nokia Fan here. Happy to see them back, though in essence its not the same Nokia, its just the branding. Not sure though if it will be the same quality like the Nokia Phones of yesteryear. Crossing my fingers that Nokia will be like the mobile giant they used to be. But the comments section shows they still have name recognition so looks good.