ZTE’s Nubia brand has been around for a while now and has released a number of really cool smartphones that Filipino customers might like. One of its offerings is the Nubia M2 Lite which sports a 5.5-inch display, MediaTek octa-core chipset, 3GB RAM, 16MP front camera, and an affordable price tag. Does it have a place as a competitor in the already crowded budget segment? Let’s find out in our full review!

One of the first things you’ll notice about the M2 Lite is its premium build. It has gold accents that run through its sides and an overall elegant aura that makes it look like its more expensive for its price. Without a doubt, it’s an eye-catching and beautiful device.

Looking at the rest of the body, the front houses the 5.5-inch display with HD resolution. Placed above it is the earpiece and the 16MP selfie camera.

Down below is the capacitive Home button that also doubles as a fingerprint scanner, and two backlit capacitive keys for Recent Apps and Back. These keys also serve as the phone’s notifications light. It will be a mixed bag for users, especially those who are accustomed to on-screen navigation as the keys have no clear indication for the Recent Apps and Back buttons. Although, at the same time the red dot lightings blend well with the overall design of the phone.

On the left are the volume keys, while on the right is the power/lock button and the hybrid SIM tray. The keys are metallic, clicky, and tactile.

Up top is the secondary microphone, while down at the bottom are the 3.5mm audio port, micro USB port, and loudspeaker.

Flip it on its back and you will see the 13MP main shooter, LED flash, Nubia branding, and a pair of antenna bands.

The Nubia M2 Lite is relatively thin, light, and easy to hold thanks to the rounded sides and chamfered edges. The phone is quite sturdy and well-built, despite being lightweight. It’s also easy to grip and the matte finish at the back repels smudges and fingerprints well. It comes in two colors – Black Gold and Champagne Gold.

The Nubia M2 Lite is equipped with a 5.5-inch HD display at a respectable 267-pixel density. The display itself has good color reproduction, accuracy, and viewing angles. Brightness is also high enough for outdoor operation and low enough for nighttime reading. Icons are crisp and clear, although you will notice its low resolution. So, for those who are accustomed to higher resolution displays, they will feel the difference.

Audio-wise, we get a pretty average loudspeaker. Volume can get pretty loud without losing clarity and the Mids and Highs are present. Although, like most smartphones, especially at this price point, Lows are non-existent. The speaker is enough to fill a small room with music but we advise that you use your favorite audio gear for a more immersive audio experience. 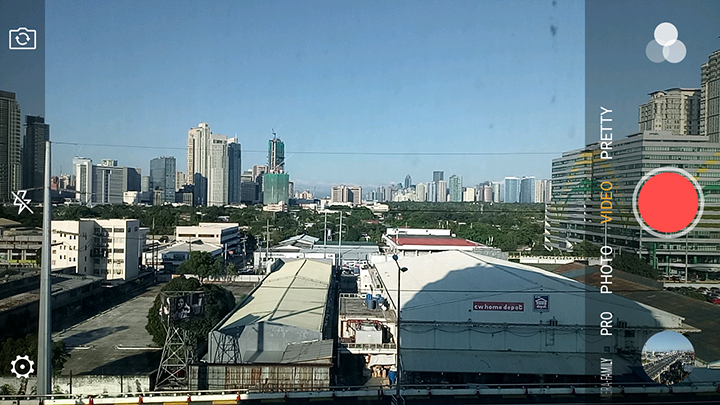 The Nubia M2 Lite is equipped with a single 13MP front and a single 16MP rear camera– a little odd setup nowadays since we’ve been accustomed to dual camera setups. As for features, the rear has Pro, Pretty, a set of filters, and Camera Family (which includes MultiExpo, Lightdraw, E-aperture, Slow Shutter, Star Trail, VideoMaker, Trajectory, DNG, Clone, Time-Lapse, Slo-Mo, Pano, Macro). The front, on the other hand, only has Pretty and a set of filters. 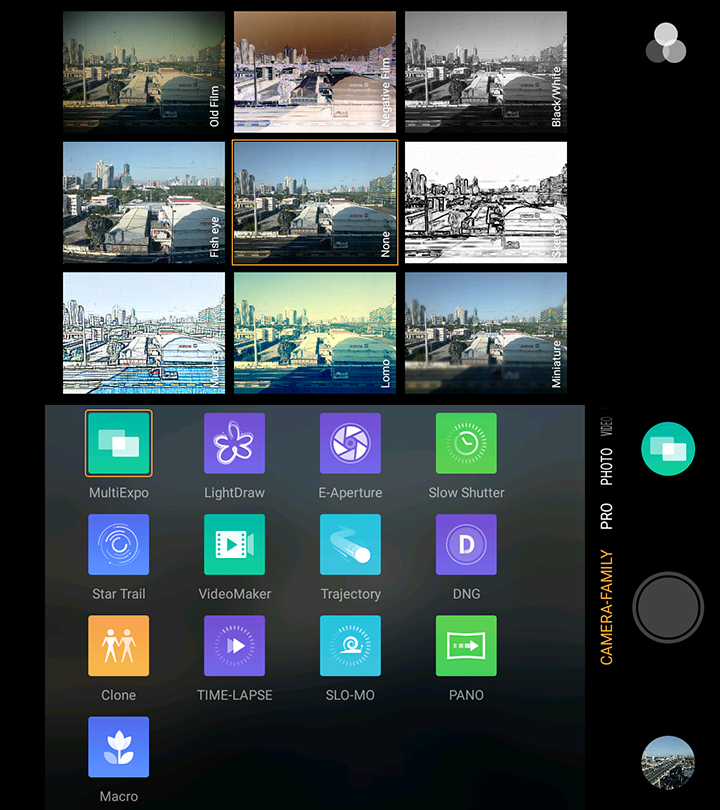 Moving on to quality, the rear produces average to above average images. In brightly lit conditions shots have good detail, color reproduction, accuracy, and sharpness. Low-light shots are still usable but you will notice lesser details and a bit of noise and grain. Overall, the rear camera is quite impressive, especially for a budget device.

Front quality, on the other hand, is great. In brightly lit conditions selfies have good detail, color reproduction, accuracy, and sharpness. Low-light shots though losses a bit of detail and grain and noise are now a bit present. Beautification has several levels and is adjusted by a slider. At low to medium levels, adjustments are just right but at higher levels, it tends to overexpose the image and remove too many facial details. Overall, you get an amazing shooter that’s fantastic for social media posts.

As for video recording, it maxes out at 1080p, 30fps in MP4 format. Quality is average but autofocus is good and stable, as long as you keep the video still. It’s average at best and is enough for casual shooting and social media uploads. Check out the sample video below. Running the software department is Nubia’s very own NubiaUI 4.0 on top of Android 6.0 Marshmallow. It’s quite disappointing that the device is running on an old version of Android. In any case, the UI is the common home screen affaire, where apps are arranged in home screens instead of an app drawer. The UI is actually clean and simple. Surprisingly, pre-installed apps only include Kika Keyboard and News Republic, which can easily be uninstalled. Pair that along with Google’s native apps and you’ll be left with a hefty 52.4GB out of the initial 64GB. 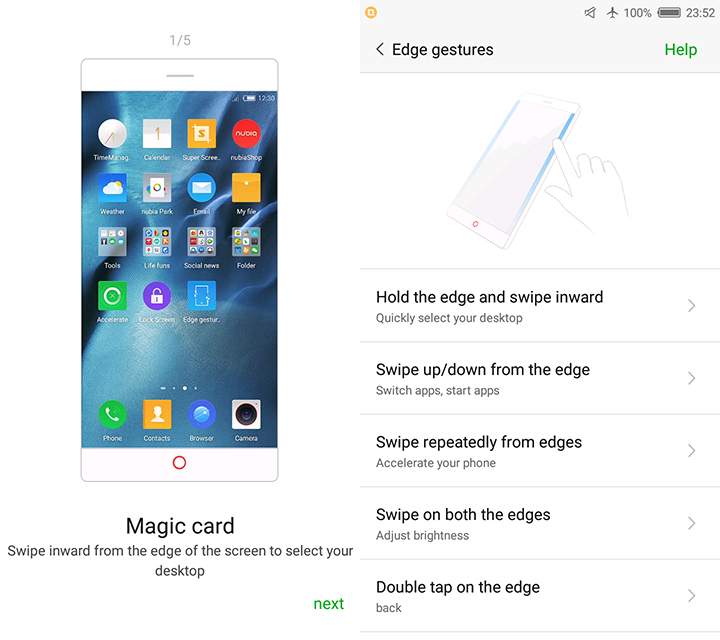 As for features, we have a good selection such as Edge Gestures (certain commands that make use of the edges of the display), Split Screen, Smart Sensing, Dual Instance, and a number of Touch gestures. Overall, we have plenty of customizability. 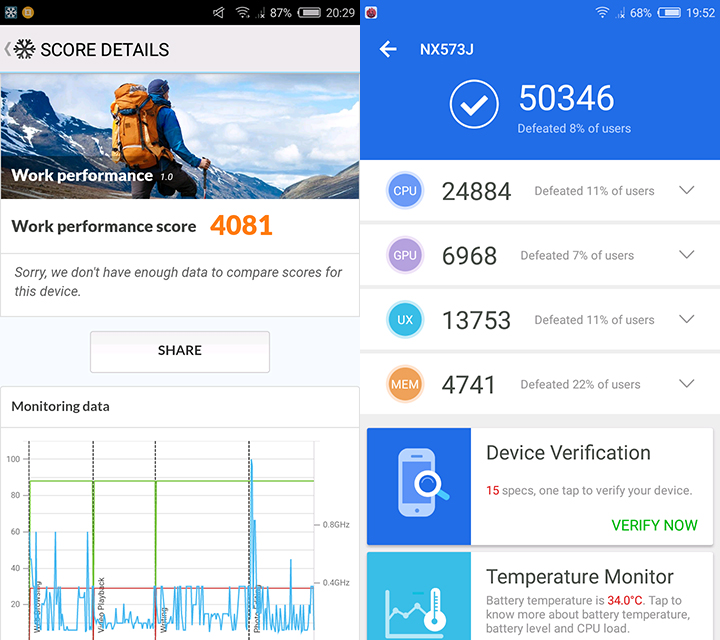 Powering the Nubia M2 Lite is MediaTek’s MT6750 octa-core CPU, Mali’s T860 GPU, and 3GB of RAM. Mundane tasks such as home screen navigation, texting, and social media consumption are a breeze. Not to mention, multitasking is more than possible thanks to the 3GB of RAM. Check out the benchmarks below.

The device is capable of playing light to medium games such as Candy Crush, Zombie Tsunami, Mobile Legends, and Rules of Survival with minimal lag and frame drops. Heavy games, on the other hand, will suffer more frequent frame drops and stutters but will still be playable when graphical settings are lowered. 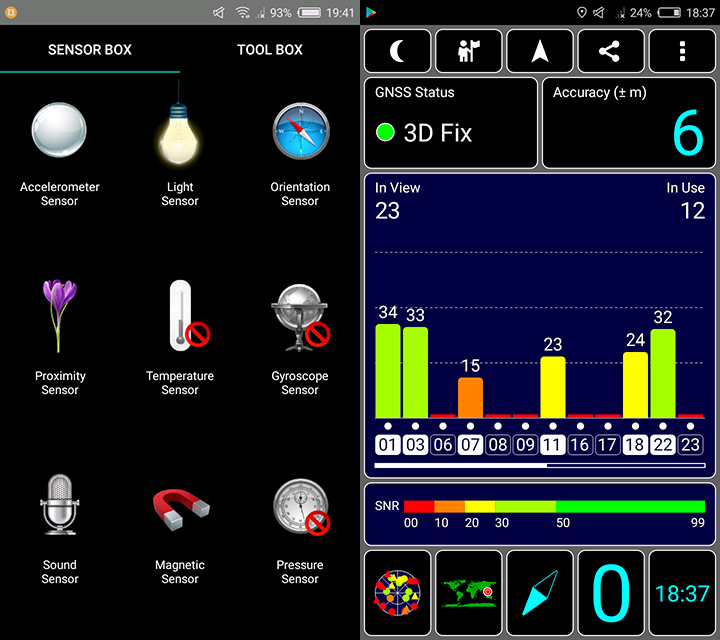 The Nubia M2 Lite is equipped with your standard connectivity features such as WiFi, Bluetooth, GPS, and GPS. Call quality is crisp and clear and signal reception is good as long as you are in serviceable areas. GPS is slow on pickup but once it kicks in, it’s stable and accurate. 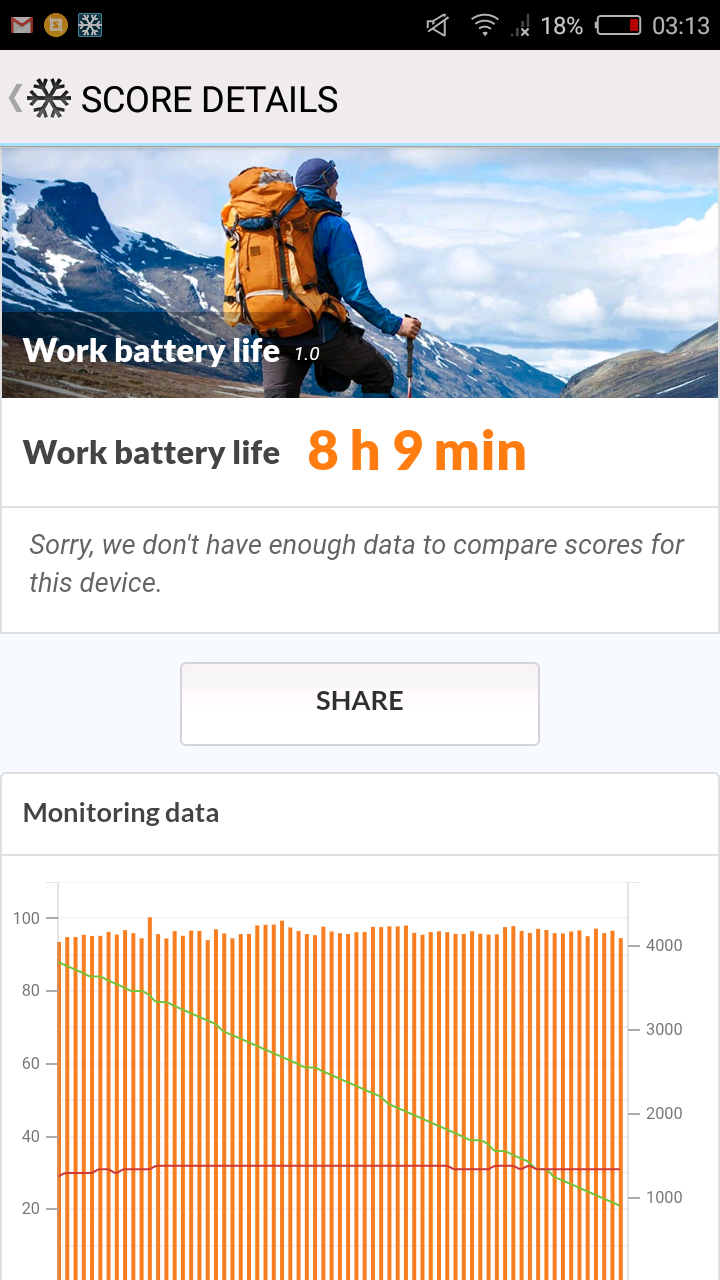 The phone is equipped with a standard 3,000mAh battery though even with that capacity battery life is sub-par. The phone lasts a day on light to moderate usage while it only lasts about half a day on heavier usage. PC Mark Battery test ranks the phone at 8 hours and 9 minutes, which is pretty low. In our standard video loop test (Playing a 1080p video on loop in Airplane mode with 50% brightness and volume with earphones plugged in) it lasted 11 hours and 2 minutes. Thankfully, charging is quick as it only took close to 2 hours for the device to go from 0-100%.

The Nubia M2 Lite is certainly an interesting device. It has a respectable screen, an excellent set of cameras, and a good number of features and gestures. On the downside, though, it falls short on battery life and still runs on an outdated version of Android. With a price tag of Php6,499 (see listing here), the Nubia M2 Lite is certainly a contender. So can it compete in the budget segment? If they can at least address some of its shortcomings like updating its OS, the answer to that is yes.