Announced late last year, the O+ 360 Extreme is the company’s latest addition to the O+ 360 family of smartphones. It features a 5.5-inch HD display, 360 Touch Technology, and powered by a MediaTek octa-core CPU and Android KitKat. To make the offer more attractive, the company included a couple of freebies in the package – an O+ Tag and Sennheiser Earphones. Is the O+ 360 Extreme worth the money? Find out by reading our review below. 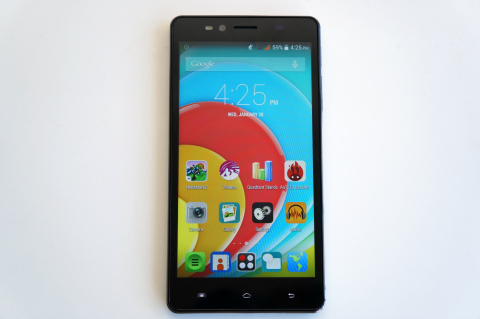 The O+ 360 Extreme is one of those smartphones that I would consider as generic-looking as it doesn’t offer anything fancy when it comes to aesthetics. Although it has a glass back and a dark gray chrome finish on the sides, it’s not enough to be considered as eye-catching. On the front we have the 5.5-inch IPS display with HD resolution or equal to 267ppi. Above it are the earpiece, the 8 megapixel front camera with LED flash, notifications light, and light sensor. Down below are three capacitive buttons for navigation. 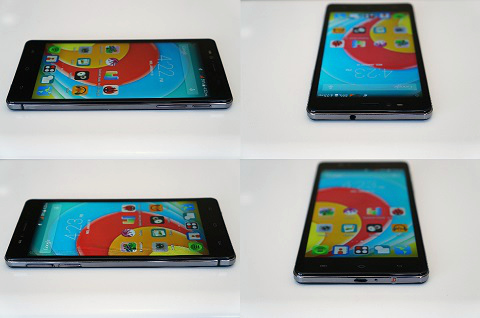 On the left we have the SIM card tray for two SIM cards and the microSD card slot. Found on the right is the power/lock button and volume rocker. Right on top is the headset jack while down at the bottom is the microUSB port and pinhole for the microphone. Found at the back is its glass covering, the 13 megapixel camera with LED flash, 360 Touch Technology symbol, O+ logo and the speaker. On hand, the Extreme feels plasticky although the glass rear and the relatively thin body somehow makes up for it. What we don’t like the most about this device is that it’s a smudge and fingerprint magnet. In addition, the small space between the glass and the plastic frame where it’s mounted collects a lot of dirt and grime. So if you have sweaty or oily hands, the Extreme will look dirty in no time. 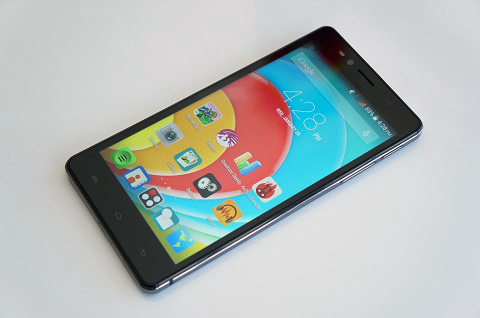 The Extreme comes with Android 4.4.2 KitKat out of the box. UI is similar to stock Android but the icons are customized which we didn’t like as they look toyish. As for apps, it doesn’t come with a lot of third-party apps and only has the BTNotification app for the O+ Tag, and the iWant Stars and iWant TV apps which can be easily uninstalled. Storage space is also decent at around 13GB usable which can be expanded via microSD. 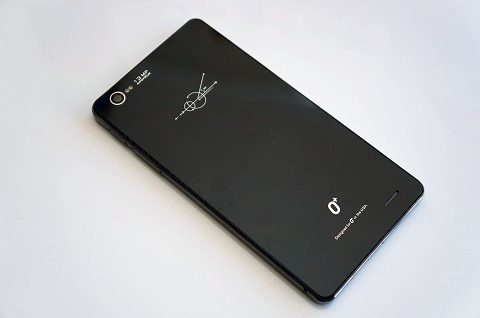 One of the main features of the Extreme is the 360 Touch Technology mentioned a while ago. This lets you navigate the phone by simply swiping at the back of the device which is very handy for one-handed navigation. You can also unlock the device by double clicking, and launch the camera or other apps with a few touches. Unfortunately, the device we have for review does’t respond to most of our touches. The double tap feature to launch an app and the “touch and let go after vibrating” to launch the camera works but the Double click to unlock and 360 Touch Navigation do not. We hope it is just our unit and doesn’t affect others.

The Extreme’s 13 megapixel camera is a capable shooter that can produce decent photos. However it tends to underexpose images even when there’s ample lighting and makes some of our subjects appear gloomy. It would take us a few more shots to get the proper exposure. Take a look at the samples below.

Powering the Extreme is a 1.7GHz MediaTek MT6592 octa-core CPU, Mali450 MP GPU, 2GB RAM, and Android KitKat. So far performance is good and snappy and we were able to play 3D games without any problem. Take a look at the benchmark scores below:

The Extreme carries a 2,400mAh non-removable battery. We ran our routine battery test which involves playing a 1080p file on loop in Airplane mode at 50% brightness with headset plugged in, and the result is 10 hours of playback which is good.

To conclude, the O+ 360 Extreme is a smartphone that we’ll consider as decent. It has an acceptable display quality, good performance, long battery life, USB OTG support, and useful 360 Touch Technology. Build quality on the other hand is modest. Even with the glass back the Extreme is far from premium. The worst part though is its asking price of Php12,995 which is expensive for what it has to offer. Although O+ is thoughtful enough to throw in a free O+ Tag and Sennheiser earphones it’s not enough to justify the price. 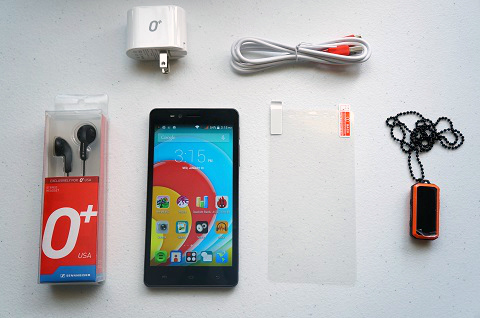 What we didn’t like:
* Expensive for its caliber
* Smudge and dirt magnet
* Toyish icons
* Underwhelming camera performance