Is the rear touch feature actually beneficial or just plain gimmick? We asked that during our first impressions a few weeks before, and it’s now time to tell you how our experience has been with the O+ 360 smartphone. Check out our full review after the break. 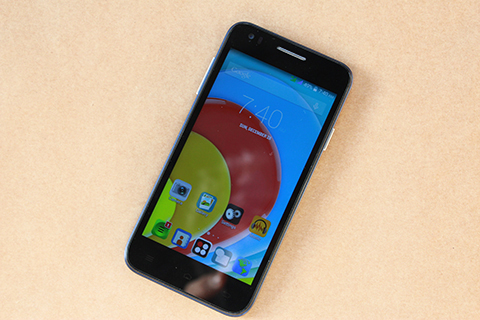 Innovation and price are what drives any company to attract customers nowadays. There are those that offer rotating pieces off the top, some that attract a segment with oddly-shaped or curved displays, and some that include past technologies and incorporate them into something new and different. O+ wants to to make its mark by banking on the rear touch technology with the 360 series, and this is one smartphone that doesn’t want to lose to competition. (READ: O+ Time Unboxed, First Impressions)

The 360’s hardware is an affair between glass and plastic. While glass mostly takes over the front, it is obvious that the remaining parts are made of polycarbonate material. The buttons are placed conventionally for one-hand operation, and its chrome finish made them stand out against the dark-colored, matte-painted back plate. The device has a good grip, and the matte back panel helps in preventing accidental slips. 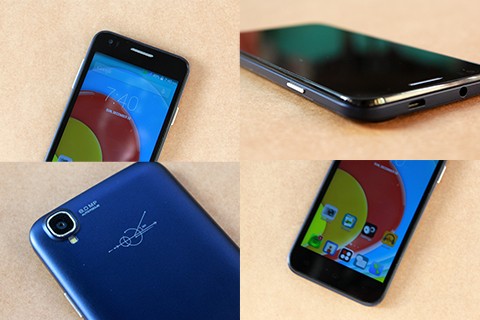 Like we have mentioned during the first impressions post, the back plate with matte finish (we had the review unit in a Navy Blue color) is a constant fingerprint magnet. As a result, a handy cleaning cloth may be necessary to keep the back plate in pristine cleanliness. The camera at the back protrudes, giving the phone an unbalance when laid down on an even, flat surface. Overall, the build for the phone is nicely done. 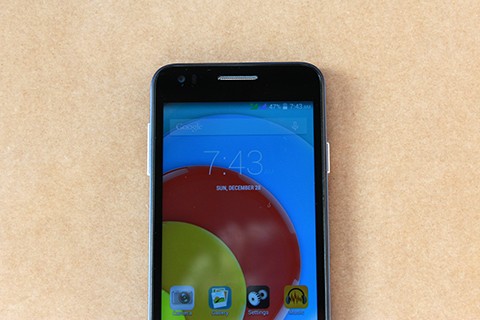 The 5-inch IPS display is very bright and can be seen even outdoors, albeit you will have to deal with a little glare. The viewing angles are mostly good. The colors on the screen appear to be a bit washed out as compared to other phones, partially due to too much white over the screen display. This can be noticeable when you’re browsing apps that have a mostly white interface such as Instagram.

If you’re not careful enough with your phone, you may want to install the screen guard provided, as the screen isn’t really that much of a scratch-resistant glass in the first place. 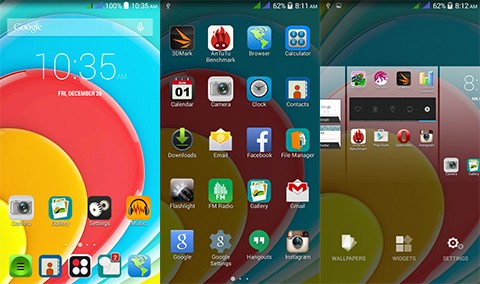 O+ installed an almost-stock Android KitKat UI but replaced the native icons with dated ones, and it made the overall user experience look ugly. They also removed the widget drawer in favor of presenting the applications drawer as a whole, and kept the widgets on the home screen settings.

Speaking of apps, there are no other pre-installed ones aside from their own O+ USA, O+ Air Share, and iWant Stars and iWant TV apps, leaving you with stock ones as you open the phone the first time. There’s also the brand’s iconic Air Shuffle feature that can be toggled in the notifications panel. O+ also kept the default keyboard intact and never made any changes with it. 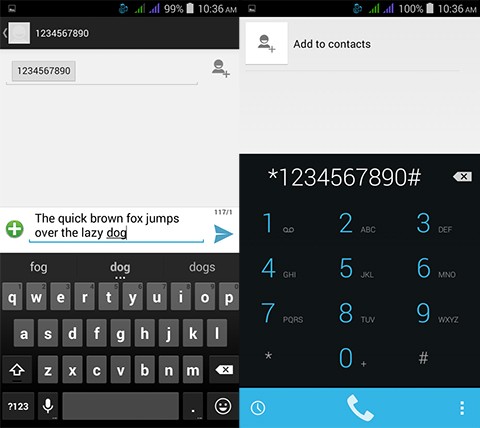 If you’re wondering how the Rear Touch works, it’s just basically a touchpad at the back cover that is connected to the main body once it is enclosed to the device. By default, the 360 rear touch is disabled, so we have to activate it in the settings menu to use it.

The rear touch can be used to unlock the device with a double tap, launch an assigned application, and navigating with swipes like what we do in the front screen, which means swiping in an upward direction at the rear touch key to actually swipe up, etc. It may be a help at times, but I found it to be a distraction especially when I’m holding the device. It limits the user to hold only the bottom part of the smartphone because there will be chances that the rear touch key will hinder the usual navigation, in case the user opts to use the traditional screen scrolling and forgot to disable the rear function.

Despite the uncontrolled white balance that gives off lighter and more pale hues off colors, we didn’t experience any problem with playing back multimedia content such as videos. The audio it plays heralds a different story, though. The speaker is really loud, but you’ll find yourself wondering about it because it lacks the necessary oomph when playing a track– the music produced with the speaker isn’t that clear enough, or as we call it in local terms, basag. The same can be said when playing audio tracks from the headset, be it the one provided in the package or the current one the author is using. 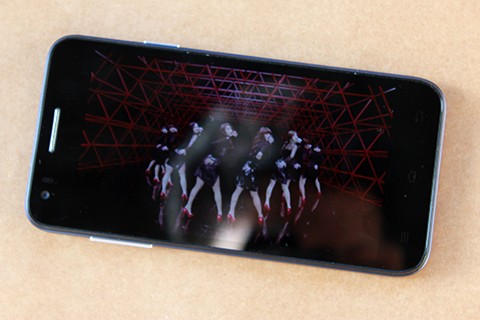 As for the device’s camera, both the front and back camera are great for shooting. Both cameras take exceptional pictures on good lighting conditions. There’s also an option for taking HDR shots, and a selfie fix feature for those face-worthy photos. Here are a few sample pictures taken during quite a gloomy weather:

The same can be said for the video, which takes really clear ones. Here’s a sample video:

The smartphone’s performance on a daily basis is consistently fast and fluid. Save a few instances where it slows down or lags when playing games that require intensive hardware such as Eternity Warriors 3, Ashpalt Overdrive, or even Hungry Shark Evolution. Here’s what we got with the benchmark scores: Call Quality on the O+ 360 is good. It’s not that clear, but it’s not that bad either. Connectivity options such as Bluetooth and WiFi works great as well.

You may want to bring a powerbank or two with you, as the phone would not last an entire day with moderate to heavy use, including HSPA+ mobile data connection always on, browsing, taking photos, online messaging, calls and texts. It drains out its juice just before night time. We ran the device on our standard battery test, looping a video with 50 percent brightness and 0% volume, and we were able to clock the O+ 360 at 6 hours and 45 minutes, which is almost at the average side, but still fall below it. 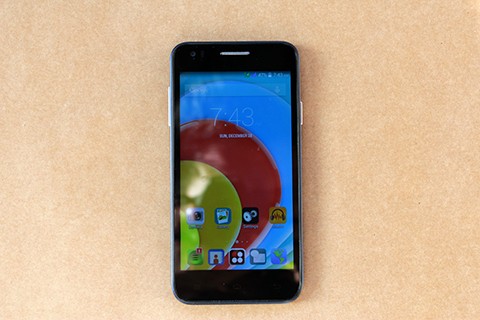 O+ and its rear touch technology on its 360 smartphone series is taking a good track — the feature can be useful for those who want a distraction-free reading by offering navigation at the back. This also, however, proved to be a bit of a nuisance for the common screen-swiping Juan whose experience may be ruined when he’s not careful on what his fingers are resting upon the back of the device. At Php6,395, the 360 is a good deal if you do not mind having bad audio quality and a measly 2000mAh battery capacity.

What we liked about it:
*Rear touch works wonders
*Great camera
*Android KitKat out of the box

What we didn’t like:
*battery is a downer
*back plate is a fingerprint magnet
*ugly iconography
*bad audio quality