Last month, OnePlus officially announced the OnePlus 2, the company’s second smartphone and successor to last year’s highly-sought after OnePlus One. It sports a 5.5-inch Full HD display, Snapdragon 810 octa-core CPU, Dual-LTE capabilities, and Oxygen OS based on Android 5.1.1 Lollipop. OnePlus confidently calls it the 2016 Flagship Killer. We put that claim to the test in our review. 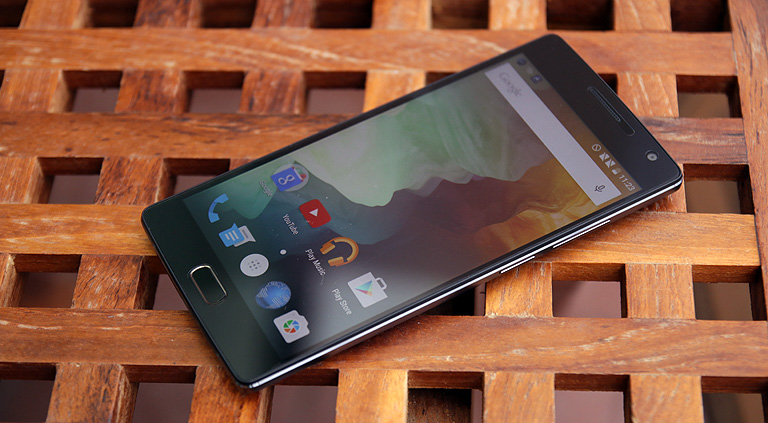 The OnePlus 2’s design is something we would consider as a mix of discreet and sophisticated. Discreet because it’s not as flamboyant as other smartphones like the Samsung Galaxy S6 Edge+, OPPO N3, Apple iPhone 6 or the LG G4, which I will explain in a bit. 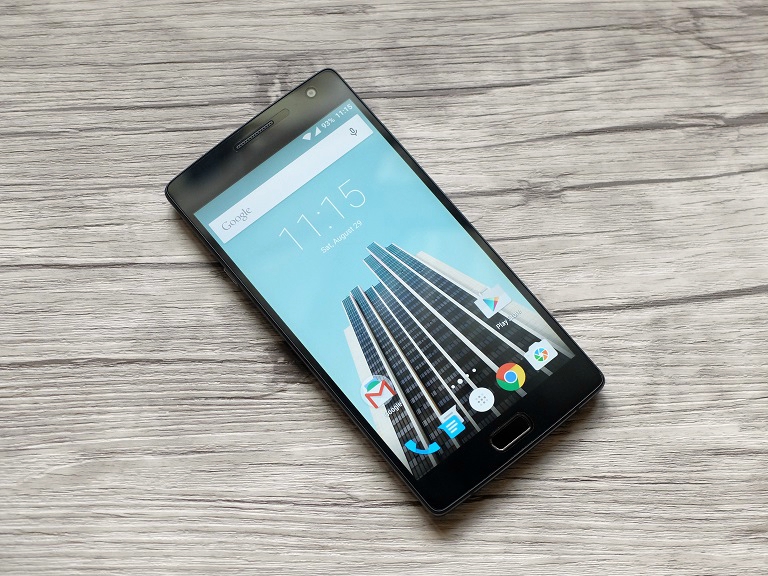 Up front is the 5.5-inch display with a huge slab of Gorilla Glass 4 for protection. Right above it are the earpiece, 5 megapixel camera, light sensor, and notification light. Found below is the fingerprint sensor which also doubles as the capacitive home button, flanked by two other illuminated capacitive buttons for Recent apps and Back. 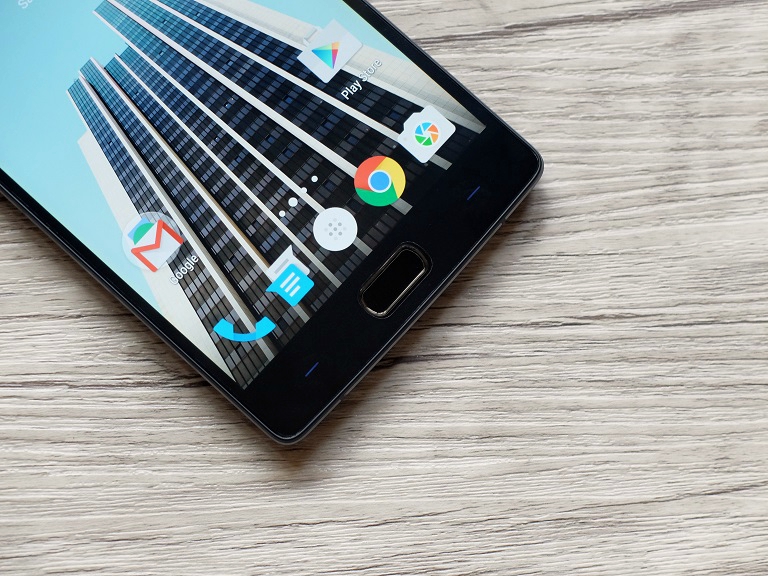 If you noticed, the OnePlus 2 doesn’t have any logos printed on its face. The navigation buttons only appear when in use and disappear when not. When the screen is off, it just looks like big slab of black glass. Like what was said earlier, it’s discreet, stealthy, and doesn’t beg for attention. 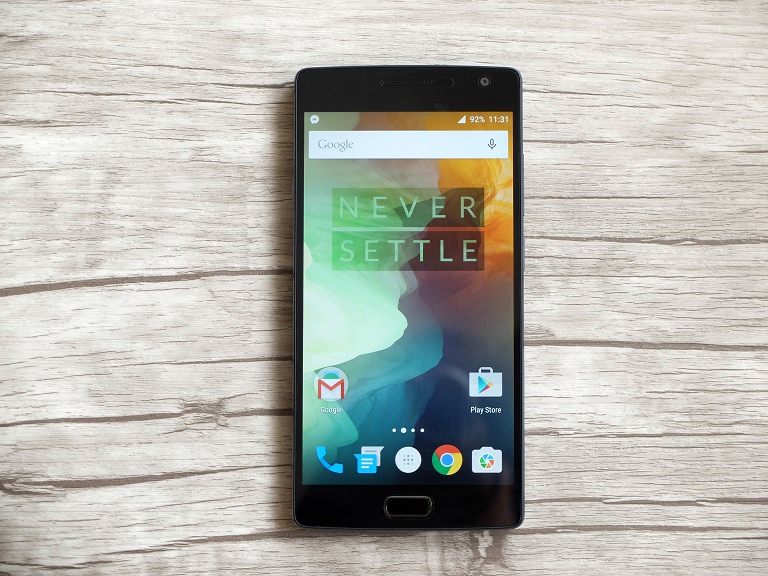 Now for the sophisticated part. The OnePlus 2 sports a dark grey metal chassis which, according to its maker, is crafted from an alloy of aluminum and magnesium with some stainless steel accents. It has a matte finish and accented with very thin bevels like the ones found on the iPhone 5 but much thinner. 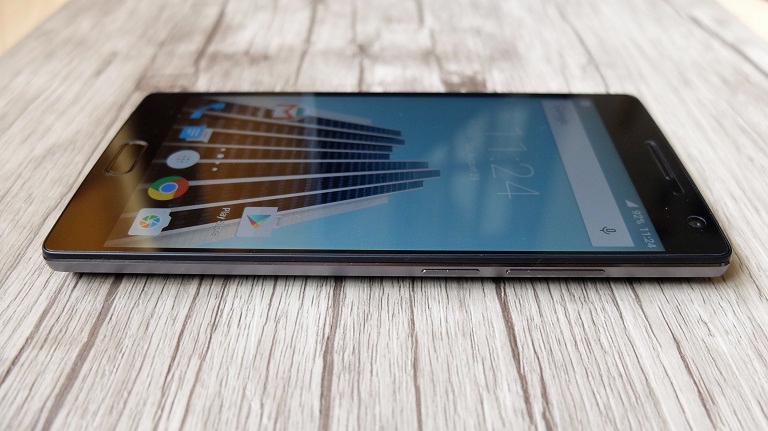 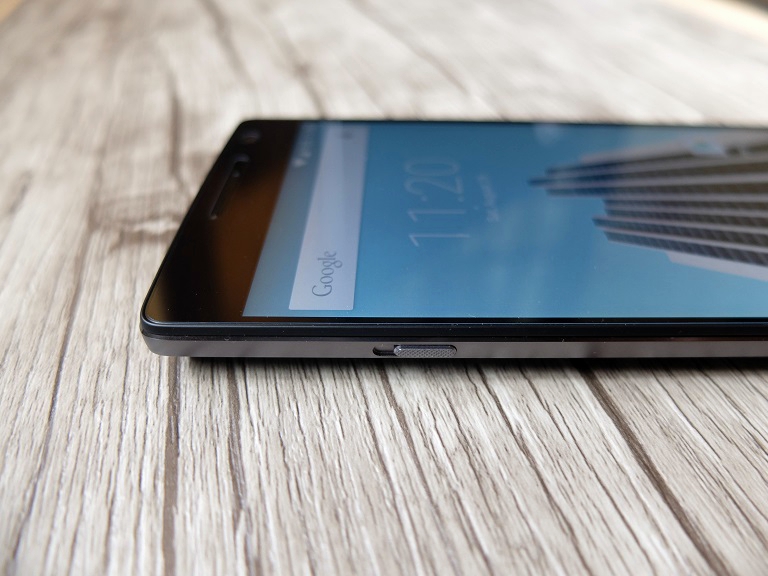 Situated on the right side of the frame are the metallic buttons for the volume and power / lock. One the left is the dedicated alert slider for quick switching between three notification profiles. 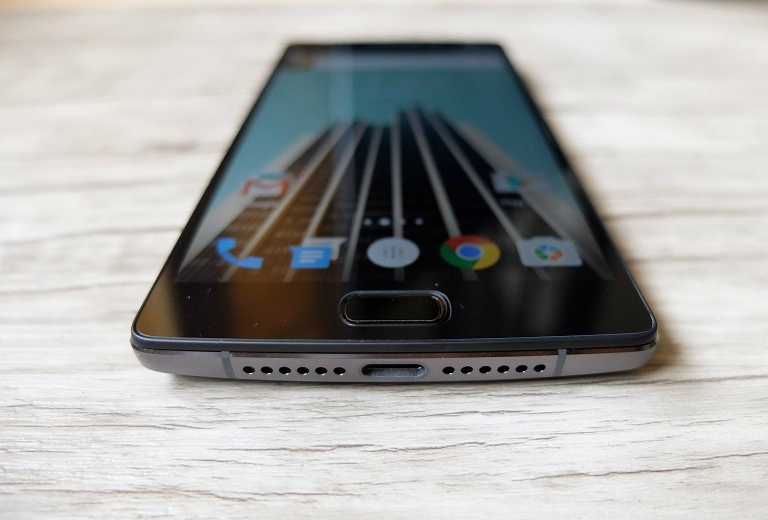 Right up top are the headset jack and microphone, while down at the bottom is the USB Type-C port, flanked by two sets of holes for the loud speaker and microphone. 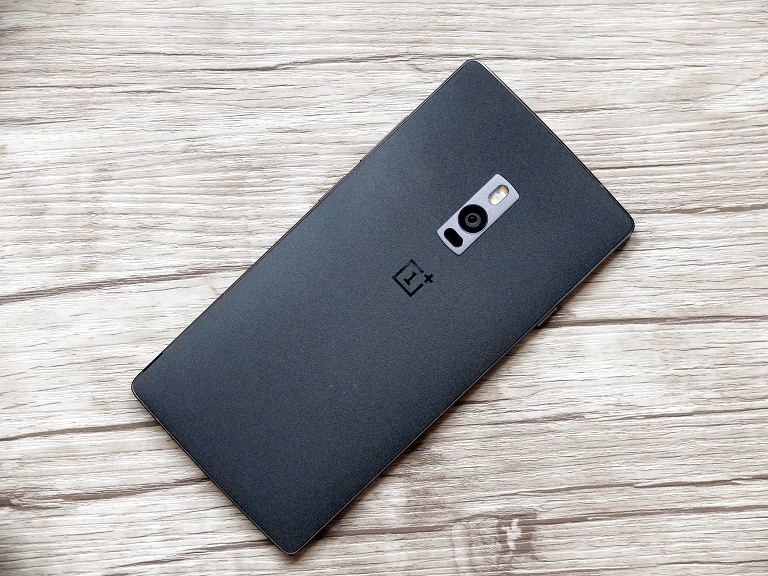 Turn the OnePlus 2 on its back and you will see the removable backplate, the 13 megapixel camera, dual-LED flash, Laser AF, and the OnePlus logo. Situated underneath the backplate is the dual-nano SIM card slot. 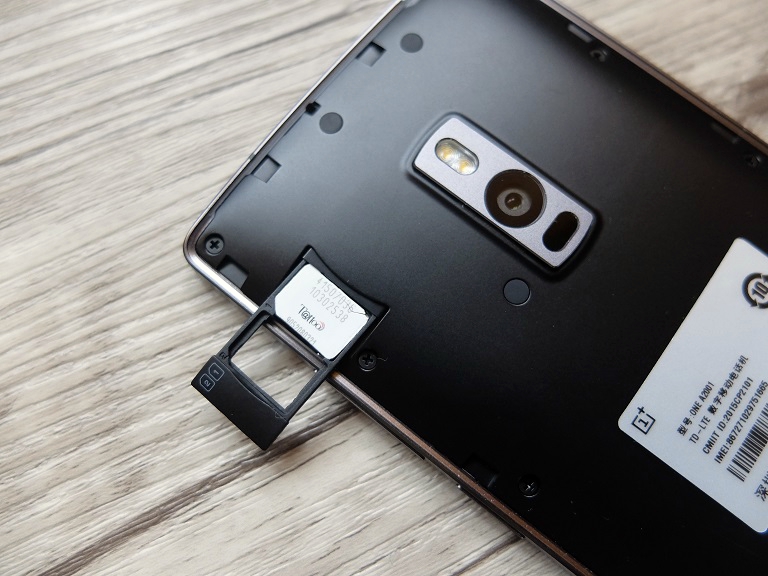 Speaking of the backplate, our review unit comes with a Sandstone Black StyleSwap cover which has a texture similar to a nail file but not as abrasive. If that’s not your think you may replace it with Bamboo, Black Apricot, Rosewood, Kevlar. At 9.9mm thick and 175g in weight, the OnePlus 2 is 1mm thicker and 13g heavier than its predecessor. It’s a bit chunky and hefty but feels solid in the hands. To sum it up, the OnePlus 2 is one of the most well-crafted smartphones we’ve reviewed.

The OnePlus 2 is equipped with a 5.5-inch In-Cell IPS display with Full HD resolution or 401ppi, and a contrast ratio of 1500:1. The result is great screen quality that is bright with very good viewing angles. The colors, although not as punchy compared to Super AMOLED, are rich and accurate. 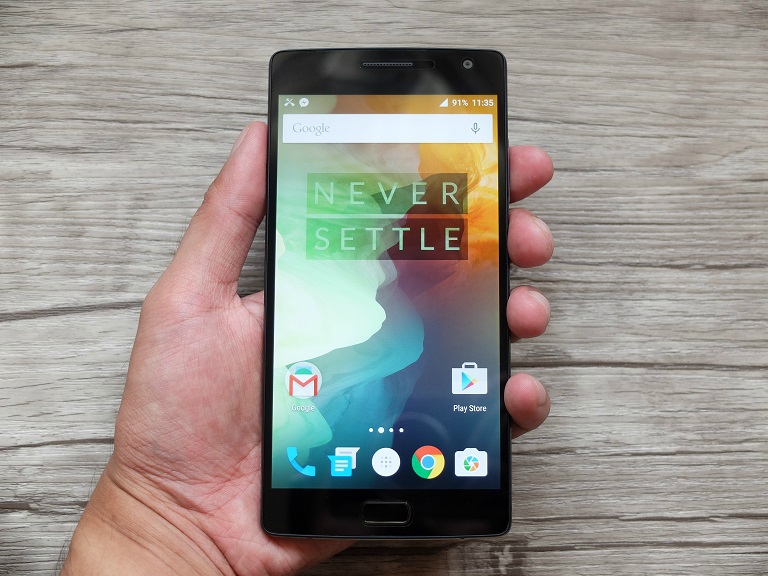 Sound-wise, the OnePlus 2’s loudspeaker didn’t perform as we expected it to be. The mids and trebles are crisp and clear but the bass is weak. Loudness is also very underwhelming. To compensate, OnePlus included an Audio Tuner powered by Waves MaxxAudio which enhances the overall sound quality and lets you select and adjust audio presets. Audio was greatly improved when using the Audio Tuner as the bass and loudness are now at an acceptable level. We still suggest using a good pair of headphones or external speaker to better appreciate this feature.

The real flagship killer is the Zen2

If I can’t get a flagship phone like iPhone. I rather go for Nokia 105 + a tablet for mobile gaming like Xiaomi Mi Pad (parang naka Nvidia Shield na din).

A hit and miss for the OnePlus 2. I still use my OnePlus One, and loved it due to CyanogenMod and the spces were at par with the Flagship before. Snapdragon 810 (Heating Issue they said, and semi-validated by your review) plus a bit pricier that its predecessor, I may pass on this one.