OnePlus has been releasing two flagship devices in the last couple of years, the latest one being the OnePlus 5T. The company is also notable for responding to market trends and executing it quite fast.

This year’s OnePlus 5T offers a balance of great performance and a good price point which is always expected of them. Check out our full review of the OnePlus 5T below but before that, we also recommend reading up on the OnePlus 5 review to get a good backgrounder.

The OnePlus 5T and the OnePlus 5 looks essentially the same. The only biggest difference between the two is the placement of the fingerprint scanner that’s been moved from the front to the back, making way for a bigger screen. 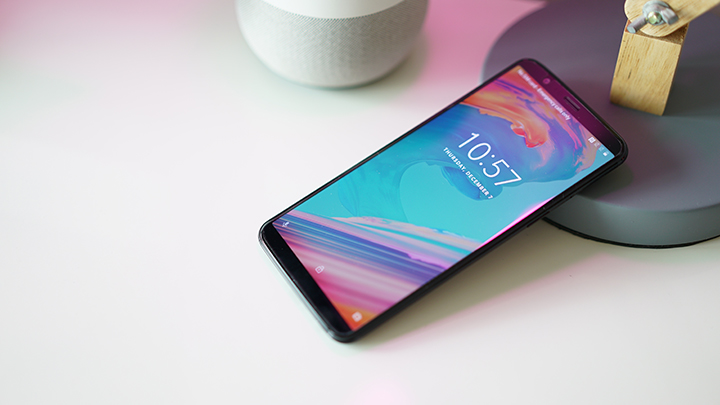 To the naked eye, the design and construction are identical but there’s a very slight and almost insignificant difference in the dimensions (7.25mm to 7.3mm) as well as the weight (153 grams vs 162 grams). It’s something you will not really notice unless you look at the specs on paper. 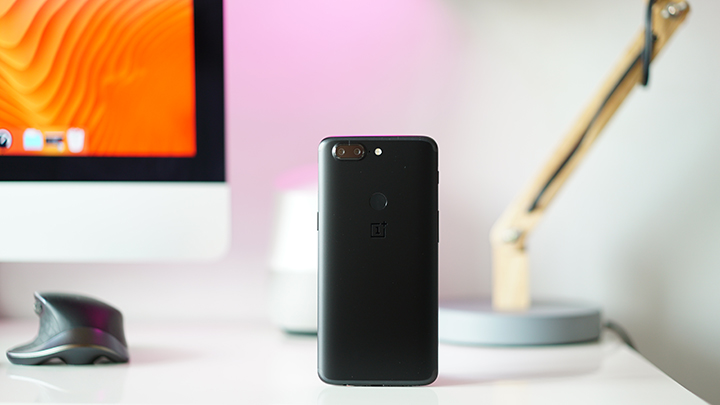 The design is simple yet elegant, the matte finish of the anodized aluminum is smooth to the touch and prevents excessive smudges or fingerprints on the surface. The slim profile fits right on the hands with the edges of the back panel slightly curving towards the front for a better grip.

The power button is situated on the right side with the SIM card slot (support 2 nano-SIM cards) while the volume controls are on the left side together with the Alert Slider that’s a shortcut for It is basically a mute toggle for activating from Silent, Do Not Disturb, or Ring functions. 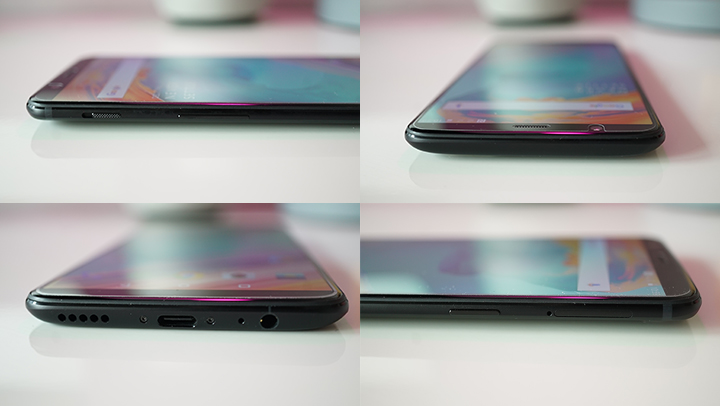 At the bottom end are the speaker grilles, USB Type-C charging port, primary microphone, and 3.5mm audio port while the top side has no ports on it. At the back are the dual-camera setup flushed to the left with the dual LED just beside it. The secondary, noise-canceling mic is placed between them. Just below that is the fingerprint sensor, placed slightly up in the middle.

The 6-inch AMOLED display looks gorgeous, very bright and crisp and images pop out. The resolution was also adjusted a bit to full HD+ or 2160×1080 pixels giving it the same 401ppi pixel density. The 18:9 aspect ratio increases the footprint of the display to about 80% screen-to-body ratio. 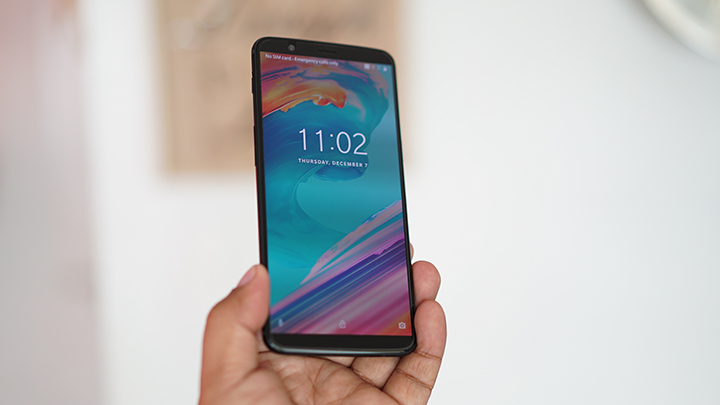 OnePlus uses an Optic AMOLED display which is a technology not commonly heard of in smartphones. This is basically a tweaked out version of Samsung’s Super AMOLED panels with the company changing the saturation to show more natural, life-like colors in addition to having a bright display so light glares don’t impede the text or pictures when using the phone outdoors. 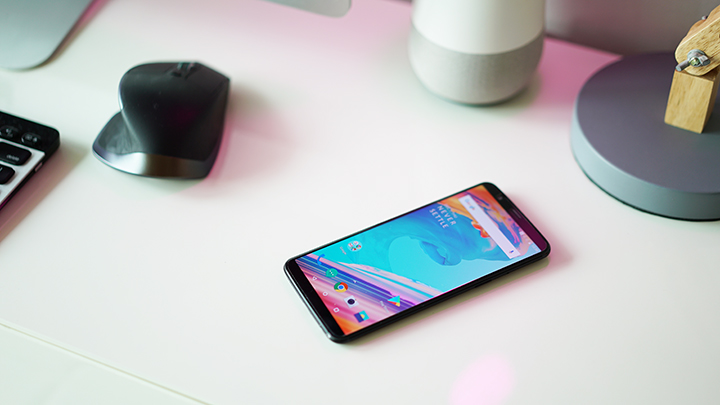 The display is also protected by 2.5D Gorilla Glass 5 which allows it to slightly curve around the edges. As for the sound quality, OnePlus utilized Dirac to deliver high-quality audio to small-sized speakers. As expected, the handset produces decent sound quality when playing music or watching movies although we were quite impressed it can deliver clear audio even at maximum volume. Just like the OnePlus 5, the single placement of its speakers makes it easy to accidentally cover the grilles when using the phone in landscape mode.

The OnePlus 5T sports the same exact 16-megapixel main shooter from the OnePlus 5 but the companion 20-megapixel lens with f/1.7 aperture has a different purpose. We’ll talk more about that later.

The new flagship also ditches Phase Detection Autofocus (PDAF) and Optical Image Stabilization (OIS) features present in the older OnePlus 3T in exchange for a new Fast Autofocus. According to the company, this is a lot faster than the performance of PDAF since it only uses half the pixels, unlike the Fast AF that utilizes the entire full pixel. 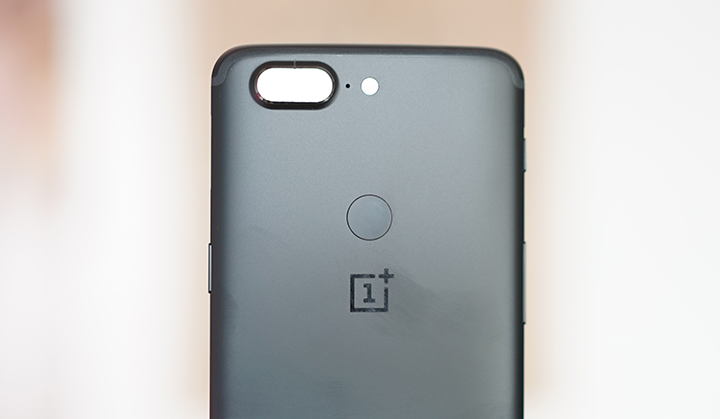 This is also the reason why the company says they no longer need OIS for photos. Electronic Image Stabilization (EIS), on the other hand, still aids in keeping your shots focused with minimal shakes. Based on our experience, focus time is indeed quick and we had no problems focusing on our subjects. Moreover, a dual LED flash helps illuminate your subjects during low-light instances.

The camera app has the usual Pro Mode for manual tweaking of its settings, Time Lapse, Slow Motion at 120fps (720p), Panorama, and Portrait.

As for general shooting, we are greatly satisfied with the photos the OnePlus 5T churned out. Colors are vibrant while still looking natural, contrast is spot-on, and details are crisp. On the other hand, its 16-megapixel front-facing camera takes decent selfies but we wouldn’t say that it’s one of the handset’s strong suits. Details are there but suffer greatly when used in an area with little light.

The secondary 20-megapixel rear shooter with F1.7 aperture is quite different from the one we saw in the OnePlus 5. Its main purpose is actually for low-light conditions where the two cameras combine the pixels to reduce noise and produce better results. Some of the samples of these are in the gallery above.

There’s 2x digital zoom though using the primary camera and it still looks good. Just look at the sample of the zoom capability included in the video below:

Video recording maxes out at 4K resolution and maintains detail and color with none of the artifacts we noticed in the previous generation (the 2nd camera might have helped solve this issue).

Running on an Android Nougat with the company’s Oxygen OS layered on top, the OnePlus 5T benefits from the updates this latest software brings. OnePlus’ own OS is not that much different from stock Android with fewer bloatware apps and added customizations in theme and overall UX. There’s also a feature called Shelf which basically replaces Google Now and it gives you access to your frequent apps and contacts. It can also be customized by adding widgets of different applications.

One thing that was added here is Face Unlock feature which is actually fast and offers several unlock options. Unfortunately, it can’t see you in the dark unless the display lights up your face enough to see it. 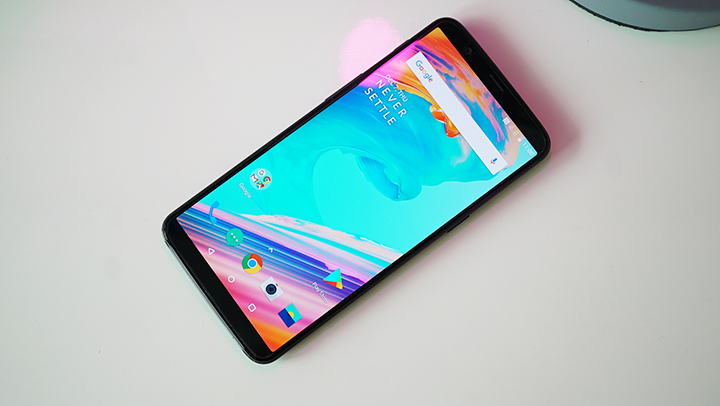 It’s also worth noting that the handset is equipped with a UFS 2.1 Dual Lane storage. The Universal Flash Storage comes after eMMC and is way faster when it comes to read and write speeds. Additionally, it runs on dual lane configuration meaning there are two lanes for data reading and another two lanes for data writing. This, as you would’ve guessed, makes things faster and more efficient for the device (about 26% better according to OnePlus).

Lastly, since we have the 128GB storage variant, you have about 111GB left when you boot the OnePlus 5T — leaving you with lots of space for your apps and media.

Running on the latest Snapdragon 835, the OnePlus 5T is a beast in the performance department. They paired it with 6GB of RAM for the base model, and up to 8GB of RAM for the premium model.

Compared to the scores we got from the OnePlus 5, the numbers we got with the OnePlus 5T isn’t any significantly different. This is to be expected since the hardware is the same and the only other factor that would affect the scores would be the additional screen resolution and OS optimization brought by Android 7.1.1.

When used in gaming and other intensive tasks, the OnePlus 5T managed to breeze thru all that without any problems. We also did not notice the device heating up a lot when doing heavy operations, unlike the OnePlus 5 from last time.

The OnePlus 5T is capable of accommodating two nano SIMs with no slot for a microSD card for expansion so you’re left with either the base 64GB or the 128GB top-tier model for your storage needs.

There’s Wi-Fi with 2×2 MIMO, Bluetooth 5.0, NFC for wireless pairing, and GPS with GLONASS and BeiDou. You’d also be glad to know that it has LTE-A with support for Cat.12 for faster data connection. We ran GPS test and it was able to lock on to a good number of satellites both indoors and outdoors. 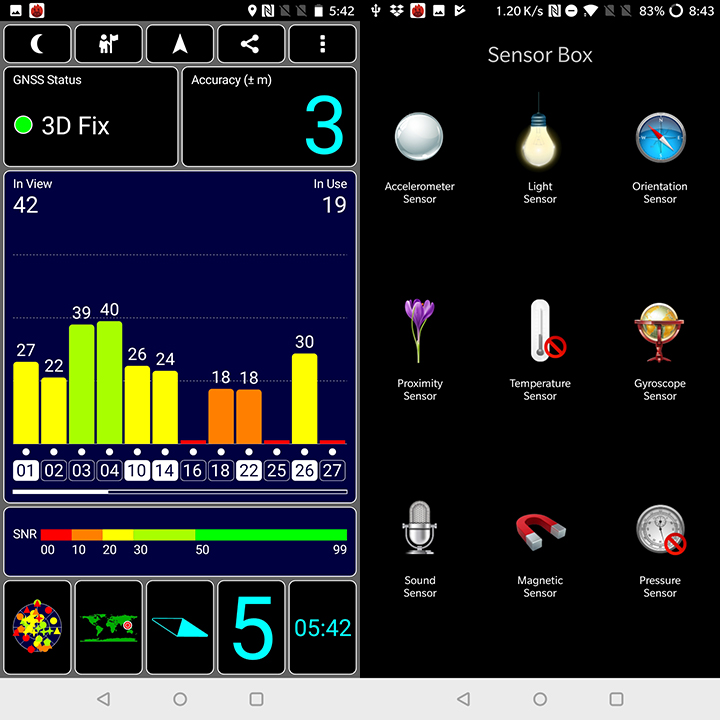 Using it to call is not a concern thanks to its loudspeaker that delivers clear audio. The person on the other line is also able to audibly hear our voice even while walking on a busy street thanks to the phone’s noise-canceling microphone situated at the back.

In our PCMark Battery Test, the device scored 11 hours and 32 minutes which is very good considering its sibling got 11 hours and 45 minutes with the smaller screen and same battery capacity. 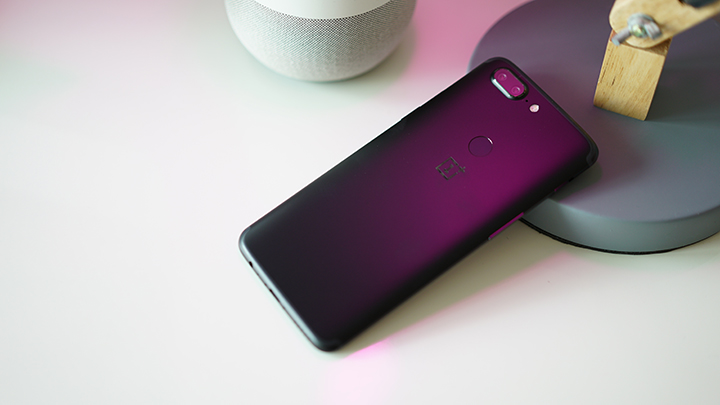 In our video loop test, the OnePlus 5T manages to last an impressive 21 hours and 20 minutes playing a movie at 50% brightness and in airplane mode. The phone also sports the company’s Dash Charge technology that fast charges the device from zero to 100% in around 55 to 60 minutes.

OnePlus has always been a crowd-favorite among early adopters. Their releases are always spot on and OnePlus phones have always been heralded as the flagship-killer. It’s a great alternative for those who are looking for the latest hardware with a generous amount of storage and memory. 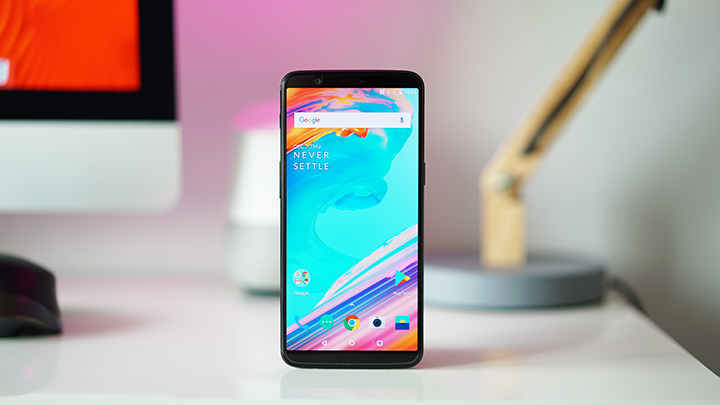 It is not a perfect phone and the OnePlus 5T has its fair share of shortcomings — like the absence of microSD card expansion or lack of water resistance, but it certainly makes up for the affordable price tag. You can’t anything better than this in its price category and for that alone, we definitely agree that the OnePlus 5T easily takes the crown for the budget flagship title.

The OnePlus 5T is priced at Php26,990 for the 64GB variant and Php30,990 for the 128GB. They will be available in all Digital Walker stores starting tomorrow.

What we did not like:
* Lacks water resistance
* No microSD card expansion slot
* No wireless charging support