A fierce battle is about to emerge in this episode of specs comparison. Two brands known for having devices with good price-to-performance will be battling it out to see which one of their latest flagship devices comes out on top in terms of specs. Let’s begin! 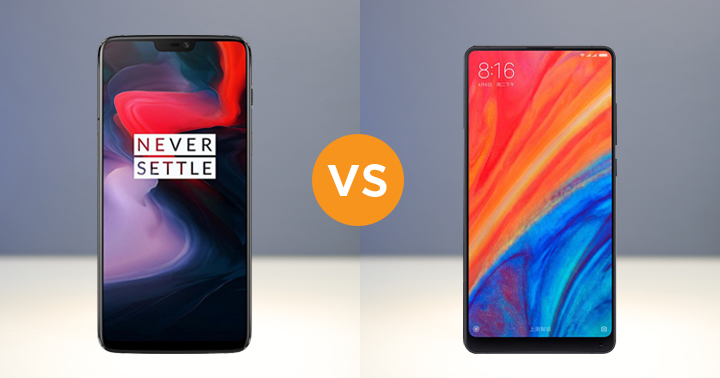 There is a significant difference between the screen size of the OnePlus 6 and Mi Mix 2s. In terms of viewing experience, users will have a better time watching and streaming videos with the former. We will not tap much on the display types as both of them have their own pros and cons which will depend on the user’s preference.

There’s not much to be discussed in terms of performance as both of the devices are equipped with the latest Qualcomm Snapdragon 845 processor paired with an Adreno 630 GPU. It is without a doubt that both of them are at the top of the smartphone ladder right now.

The OnePlus 6 has higher main and secondary rear camera resolutions as compared with the Mi Mix 2s. The same goes for the front camera which gives the former a good starting advantage over the latter. However, this is not definitive of camera performance as it’s not all about resolution. We’ll be checking out both of their capabilities soon.

The Mi Mix 2s has a slightly larger battery as compared with the OnePlus 6. One winning factor for the former is its wireless charging capabilities that the latter does not have. OnePlus Dash Charging is known to be incredibly fast, though.

Moving to the other advantages of each device, the OnePlus 6 has a 3.5mm audio port and water resistance that the Mi Mix 2s lacks. Another is the 4×4 WiFi MIMO capacity of the former versus the 2×2 of the latter. MIMO stands for Multi-Input Multi-Output; it is the ability to take and send data to a network using multiple streams or passages for faster transfer speeds. A 4×4 MIMO means that it should need 4 antennas and its maximum capacity of 4 network passages. In layman’s terms, having a 4×4 MIMO gives about twice the speed of a 2×2 one.