OnePlus has been raving on an upcoming smartphone that is determined to beat popular main players in terms of innovations. The latest update on the OnePlus One involves its Full HD 5.5-inch JDI display to fit inside a 5-inch body. So far, what we know about the One is that it will sport a 2.3GHz quad-core Snapdragon 800 processor partnered with a 3100mAh battery plus a ‘mystery tech’ that they have yet to reveal (maybe on March 16). Now we get another update straight from the founder of OnePlus itself — the phone’s 5.5-inch screen will be coming from Japan Display Inc. (JDI) which is a collaboration between Sony, Toshiba, and Hitachi, and is known for producing great displays.

The company knew that 5 inches was the ideal display size in terms of handling, but people preferred a little extra screen space for functionality. So they squeezed in a 5.5-inch display into a 5-inch body.

“Believe it or not, there’s a OnePlus One under that Sony Xperia Z1, a 5-inch screen phone,” said Pete Lau, founder of OnePlus. 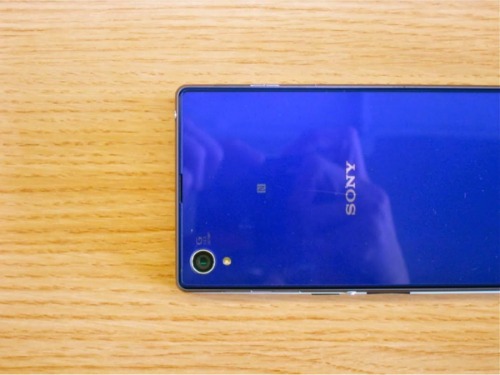 Moreover, the 400+ ppi IPS LCD display also “will feature TOL (Touch On Lens) modules that eliminate the distance between the touch sensor and display panel”. It will also be more sturdy, offering 300% more shatterproof than the competing OGS (One Glass Solution) technology.

The soon-to-be-released One will also have CABC and DRAM technologies to help conserve battery. These innovations sense when the contents on the screen are dynamic, and consume less battery when they are static. This way the 5.5-inch display uses less energy than that of the 5-inch even at equal brightness.

In addition, @evleaks has reported that the OnePlus One will be available in either on-screen or capacitive hardware buttons. So that’s another thing to look forward to.