OnePlus Two “Lettuce” could already be in the works

With the “flagship killer” OnePlus One still fresh and some people still waiting to get their hands on it, the company seems like to be getting ready for a successor already. Tipster @evleaks dropped a hint on its account saying that the alleged OnePlus Two is codenamed “Lettuce”. 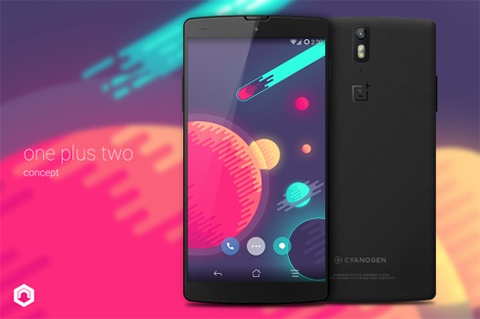 The famous leaker didn’t include more details in addition to what he tweeted. According to him, the OnePlus One was codenamed “Bacon” while the upcoming new device is called “Lettuce”. In addition, the above photo is allegedly a concept image of the OnePlus Two which shows on-screen buttons but basically has almost the same design. It could allegedly bring a faster Snapdragon 805 or 810 processor into the table along with a bigger 4GB RAM.

Here are the specs of the current OnePlus One as a quick refresher:

As of now, keep on watching this space as we’ll inform you with new details regarding the OnePlus Two as they reach us.

I’m just wondering why these manufacturers release the units late here in the Philippines? To think that we are the texting capital of the world and almost everyone owns a phone.

(…..”almost everyone owns a phone”) it’s precisely why we are last in their list. Not all Filipinos are as enthusiastic in changing and upgrading their phones. As long as their current phone serves its purpose, upgrading would probably be the last thing in their minds.Also the market here is already saturated by a large number of mobile phone companies, making it hard for a new comer to stand out.

they still have to iron out problems like the yellow screen, production output bottlenecks, now this? dream on oneplus.
other flagships with almost same price such as huawei honor6, mi4 and the lenovo a8 will be coming faster than oneplus can roll out their phones. It will definitely be like an ordinary phone once they mass produce.

What good is a flagship killer if you can’t get a hold of one…this is just a myth, a white elephant…and when it finally gets here, the price wouldn’t be as low and the other flagships would have drop it’s price by then…so your better of with the known brands…specially with the warranty…you might have to send this back to china for repair…

This is already out here: http://worldwideandroids.webs.com/apps/webstore/products/show/5061739

Has anyone tried it yet? The antutu rate says the highest. WOW phone!

Lettuce rejoice, for the second coming of Christ is near, with oneplus one still delayed by a century.

OnePlus One isn’t even really out yet. Overpromised and under-delivered. Disappointing hype by the company.