OPPO A7 now official in the Philippines, priced

OPPO has launched a new device called the A7, aimed at being an affordable phone for those who like photography with dual cameras and a high-resolution front shooter. 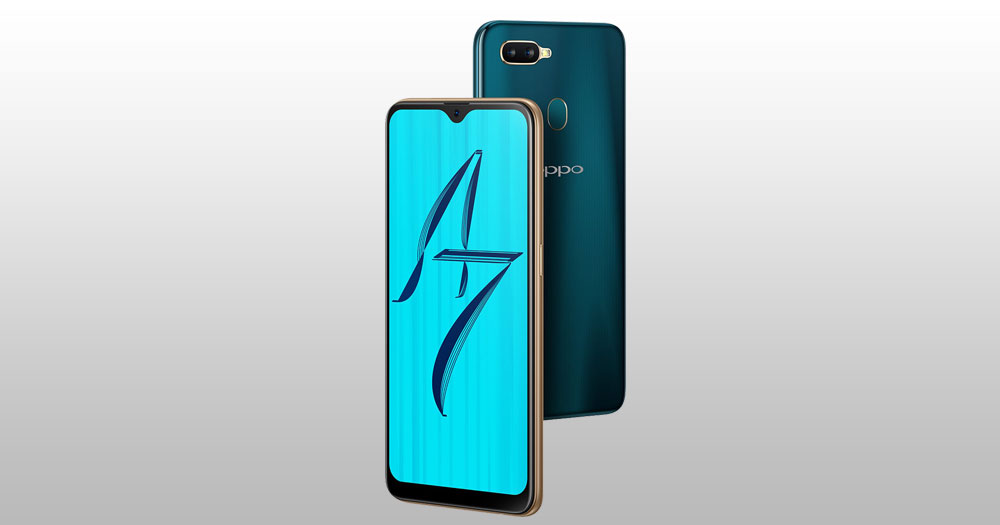 This seems to be a sequel to the A57 as the A7 is equipped with a 16-megapixel front camera, options for 3GB or 4GB of RAM, and a Qualcomm Snapdragon chip on board. Similar to the OPPO F9, the A7 also features a large-sized display with a small notch on top, has a patterned back and comes with the latest version of ColorOS with Android Oreo on board. The A7 is also the first mid-range device to sport the company’s HyperBoost technology that enables smooth mobile gaming similar to Huawei’s GPU Turbo tech.

The variant arriving in the Philippines has 4GB RAM and 64GB storage and is officially priced at PHP 13,990.

Article Under:OPPO A7 OPPO A7 2018 OPPO A7 features OPPO A7 philippines OPPO A7 price OPPO A7 sale OPPO A7 specs OPPO A7 where to buy

is this phone compatible to use VOOC SUPER flash charger?

Hi! Can you please make a video review of Oppo A7? And if possible compare it with Huawei P20 lite.
Am intereted with this phone.