Looks like OPPO wasn’t bluffing when they said that their F5 selfie-centric smartphone garnered 33K pre-orders during its pre-order run as even during its early weeks on the market it’s been selling like crazy. One store, in particular, has it on the top of their list. 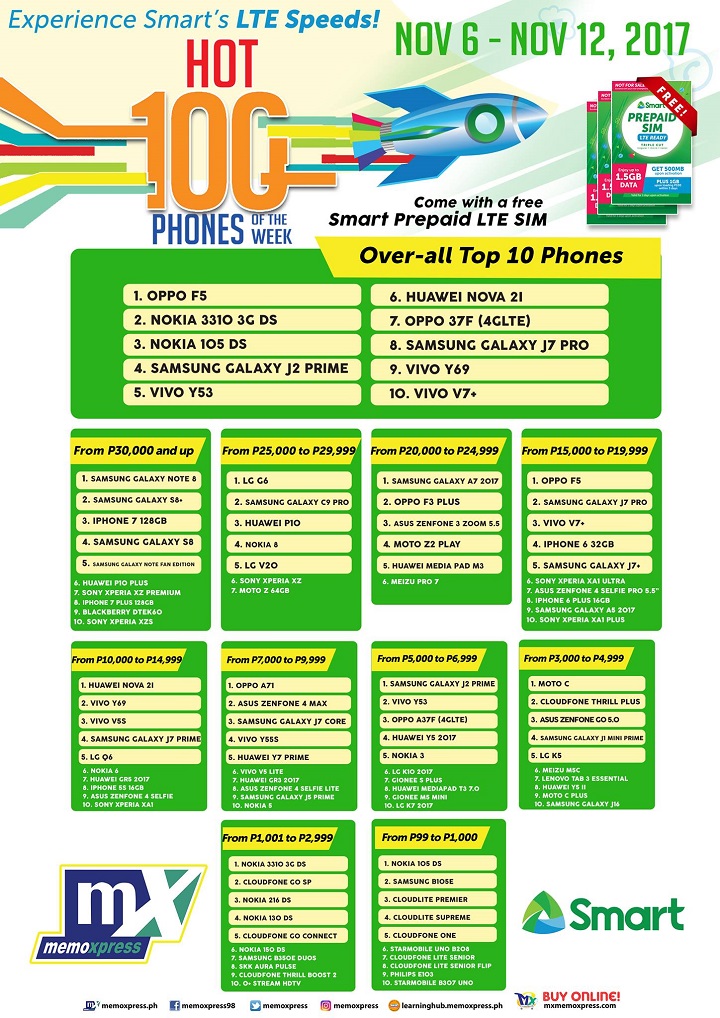 MemoXpress, a well-known local gadget retailer, has a reputation for releasing a weekly list of their top selling smartphones. This week the chart-topper for that list is OPPO’s very own F5, which beat out its closest rival, the Huawei Nova 2i (ranked at No. 6) and Vivo V7+ (ranked at No. 10), by a significant margin. You can check out our review of the device here. You can also watch our video review below.