OPPO Philippines has just announced the arrival of the Oppo N3 in the Philippines this January 10, Saturday with a suggested retail price of Php29,990.

Pre-orders came in last December so those who made it on the early list should be able to get their handsets this Saturday. 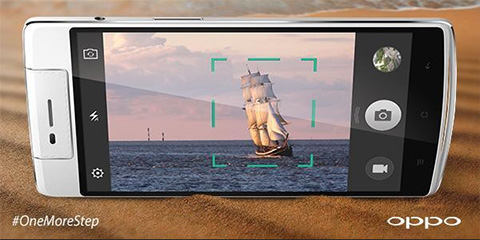 See also  ASUS ROG Phone I gets a price drop

The Oppo N3 was launched in Singapore last October 29, a successor to the Oppo N1 with a rotating rear camera.

Bawal magreply mga pulubi sa comment ko dahil in the first place, wala kayong karapatang magkaroon ng opinion once you throw meaningless insults on a particular marketing strategy and pricing, especially if you can’t see the fact that this innovation is certainly a gamechanger. If you think the pricing is not right, suck it up and windowshop another chinaphone, since di nyo naman habol yung camera na main feature ng N3.

read my post above your last post.
ISA KANG POSER na nagkukunwaring me alam.
B O B O ! ! !
BWAHAHAHAHA!!

one word for you.

Haters gonna hate! Mga pulubing walang pambili ng phone with motorized rotating camera hahahaha! Actually, I have the iPhone 6 Plus and Sony Xperia Z3 but I’ll still buy this for the ultimate selfie!

Bumalik nalang kayo sa mga pipitsugin nyong phone na puro specs lang ang dala which will be superseded within months! This phone will be a trendsetter!

I doubt it will still be 30k when release.

archie
Reply to  oppo at kalabasa