Along with the Neo 5 and Joy Plus, we were also able to squeeze in some quick alone time with the Oppo R1x. It is the high-end model from the company’s new trio and it flaunts a 5-inch display, 2GB of RAM, and an octa-core processor. 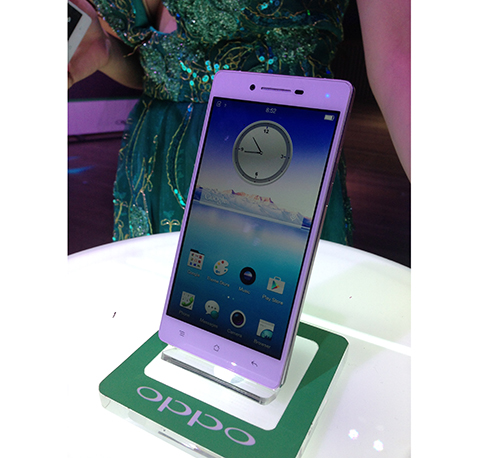 Unlike the entry-level Joy Plus, the R1x definitely possesses a more aesthetically-pleasing build. The bezels are narrower than the neo 5 which should add to the overall enjoyment of watching videos or playing games. But just like its siblings from the fresh series, it still utilizes capacitive buttons below the 5-inch HD display.

As we browse through the menu, the colors were actually vibrant and sharp, almost like seeing the icons through a Full HD display. The usual sensors are up top beside its 5-megapixel front camera. The screen is spacious but the good thing is that we could still operate it with one hand. It also has a good heft to it and that’s a positive thing in our book since phones that are too light can come off as cheap and feel like a toy. In addition, its rounded corners make the device sit comfortably on the base of the thumb. 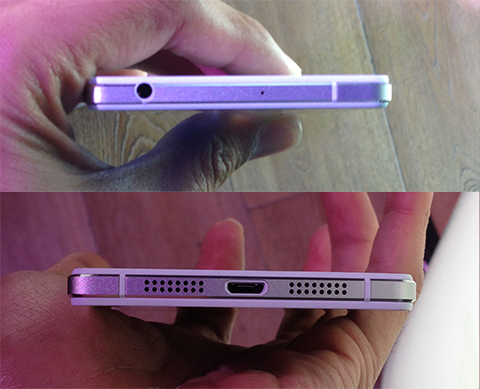 The R1x’s form factor is similar to the Neo 5 in a way that a metal sheet runs around the body giving it some sort of a frame. The top houses the audio jack while the speaker grill and microUSB port are at the bottom. It just makes sense for OPPO to implement the same button placements for the three new devices. All have the Power/lock screen button on the left side and the volume rocker at the right. The only difference is that the R1x has the SIM card tray beside the volume control. The back looks pretty plain with the company’s branding at the upper half of the panel. Also looking very minimalist in this area are the 13MP rear camera and a single LED flash. The R1x supposedly has a very attractive design with diamond-like patterns for its back cover. However, it isn’t that noticeable for the white variant. It’s possible that it will be seen better on a different color. 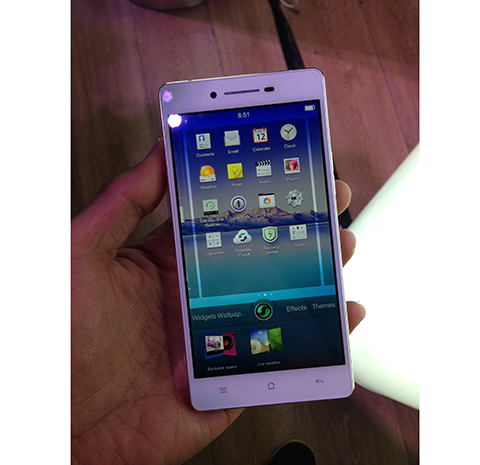 We also got to fiddle around its ColorOS UI and so far everything was smooth — from opening different apps to switching between them. By far, the R1x looks to be a capable device for both the professional and even users who are particular with their display quality.

Q: oppo bakit ba masyado mahal yung mga smartphone ninyo?
A: Because it takes time and money to have a premium experience. We want the best kaya, we put all our innovations, which kinda cost money.