OPPO recently launched their latest lineup of premium mid-range smartphones under the Reno family, the Reno2, Reno2 Z, and Reno 2F. These devices have plenty of similarities, so what are the differences between these three? Check out the comparison below. 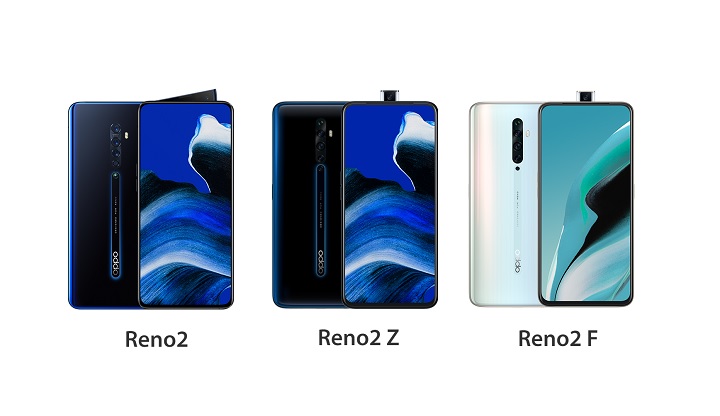 When it comes to the design, the three devices look similar when viewed from the front since they all have 6.5-inch AMOLED screens without notches. All have Corning Gorilla Glass. However, the Reno2 has the newer Gorilla Glass 6 while the rest of its siblings have Gorilla Glass 5. 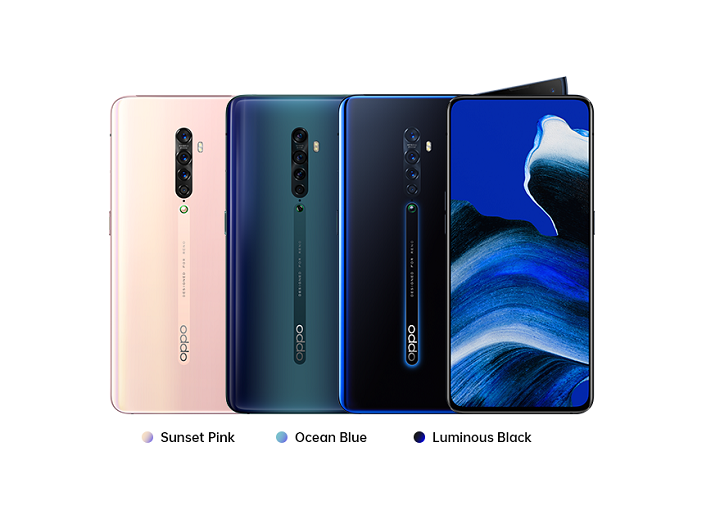 From the back, the three still looks the same, having a four-rear camera setup and a glossy strip in the middle with an O-Dot. The Reno2 would stick out though has it has a different pop-up camera design, but all three have 16MP sensors.

The rear camera setup is where it becomes tricky, as there are plenty of differences not just in sensors but it features as well. But to make the long story short, the Reno2 has the most powerful camera setup as it has a 48MP Sony IMX586 sensor, 5X hybrid zoom with 20X digital zoom, OIS + EIS for stable shots and videos, and Ultra Dark Mode. The Reno2 Z comes second with the same main and ultrawide sensor as the Reno2 but with a downgraded zoom and the absence of OIS. The Reno2 F, on the other hand, drops the Sony sensor but still has a 48MP resolution, no telephoto lens but is replaced with a monochrome sensor, and uses Ultra Night Mode 2.0 instead of the Ultra Dark. For their chipsets and storage, the Reno2 uses a Qualcomm Snapdragon 730G with 256GB of storage. The Reno2 Z has a MediaTek Helio P90 with 128GB or 256GB of storage. While the Reno2 F only has 128GB but with support for a microSD card. All of them are powered by a 4,000mAh battery with VOOC 3.0 Flash Charge.

If you’re having a hard time remembering their differences, don’t worry, you’re not alone. But in a nutshell, the Reno2 is the most powerful of the bunch with better cameras. The Reno2 Z comes second with slightly downgraded cameras. The Reno2 F is the least powered of the three but with expandable storage.

So which, Reno2 device do you like the most? Let us know in the comments below.