The Pocophone F1 was a top seller back when it was first launched about two years ago. It had a flagship-level configuration for under Php20,000 and became an instant hit. This year, this was followed up with another high-end model — the Poco F2 Pro. 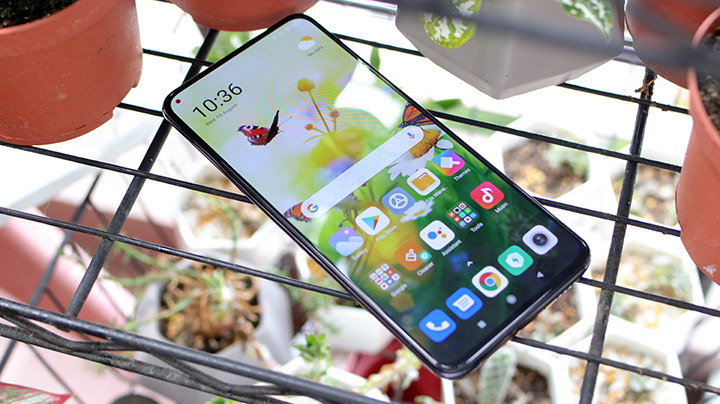 When it was finally released, the Poco F2 took everything that was good in the previous generation and packed it into a beautiful and solid chassis with an improved quad-camera setup. In other parts of the region, it might be also known as the Redmi K30 Pro.

With a large 6.67-inch full HD+ AMOLED screen, the Poco F2 uses Corning’s Gorilla Glass technology for better protection along with a full-metal chassis. The design has been tweaked a bit as well. The almost bezel-less display is barely blemished thanks to the pop-up selfie camera setup.

There’s an under-display fingerprint scanner is placed strategically for easy access at the bottom-center. It’s fast and accurate with an almost instantaneous response. 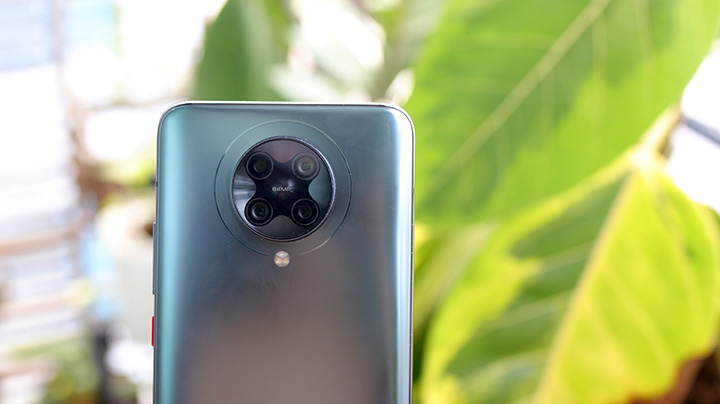 At the back is a huge circular module for the quad-camera setup — the primary one is a 64MP Sony IMX686 sensor with f/1.89, a 13MP ultra-wide lens with f/2.4, a conservative 5MP sensor for macro shots with f/2.2 and another 2MP f/2.4 for depth-sensing. The LED flash is somewhat oddly placed at the bottom of the camera module.

The front camera is a 20MP f/2.2 lens propped in a motorized pop-up module. 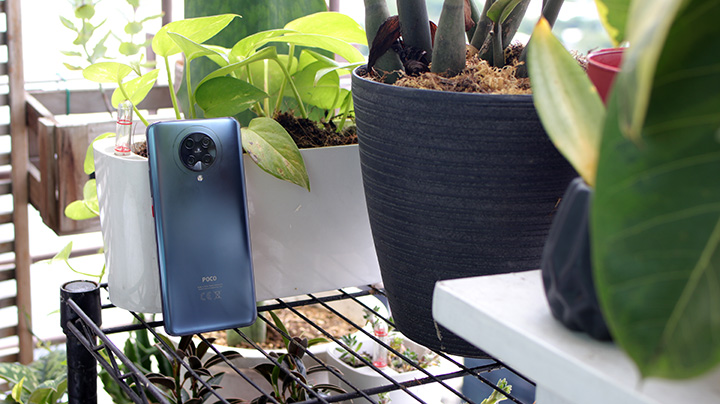 The matte back finish in cyber gray color feels nice to the touch, protected by Gorilla Glass 5 as well, and tapers a little bit towards the edges for a comfortable and good grip though sometimes it. can be slippery though. The Poco logo is placed conspicuously at the bottom end. The matte finish did not prevent the back panel from being a fingerprint magnet but suffice to say, they included a solid protective case in the box so we suggest using that right away. 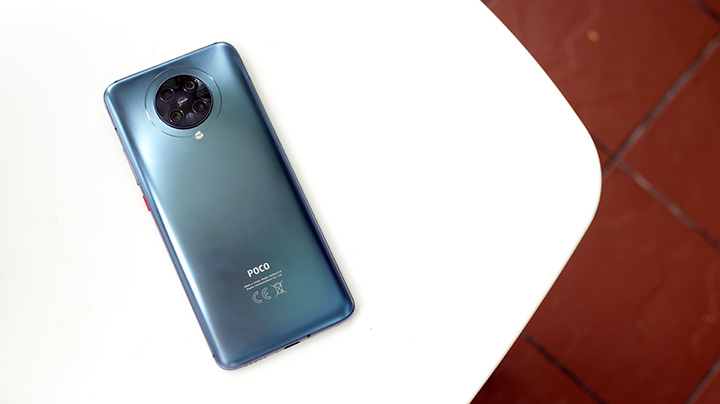 Powering the Poco F2 Pro is the latest Qualcomm Snapdragon 865 octa-core processor with Adreno 650 GPU. It’s the fastest in the market right now with benchmarks scores topping the charts. 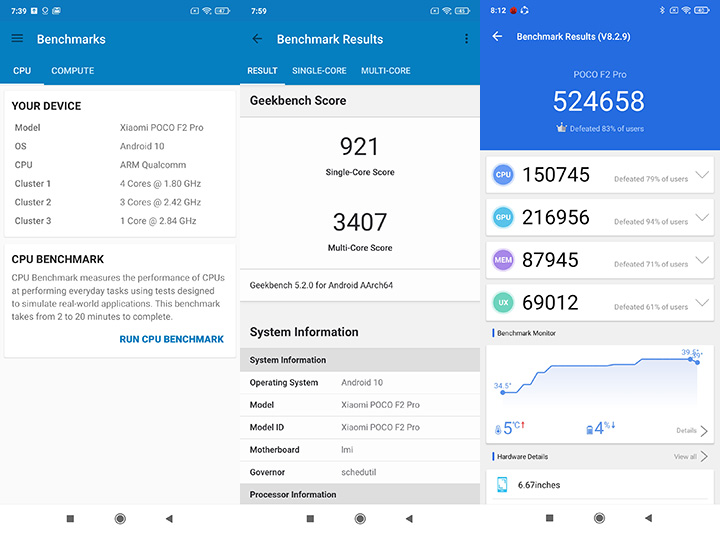 The octa-core chip is composed of a high-performance Kryo 585 clocked at 2.84GHz with a triple-core Kryo 585 slightly pegged slightly lower at 2.42GHz. There’s. another Kryo 585 quad-core processor clocked at 1.80GHz. This setup allows for the system to switch cores depending on need of the device with minimal power consumption but with optimal performance. In our Antutu benchmark test, the Poco F2 Pro scored over 500k points. 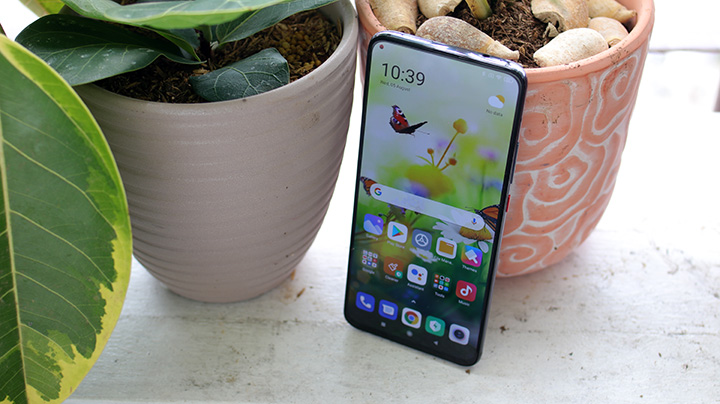 Running on the Poco F2 Pro is MIUI 11 (out of the box) which is a customized Android 10 operating system. It comes with a simple Poco launcher that is snappy and very responsive with a familiar and straighforward interface (During the course of using the device, we also got an update for MIUI 12.). We did not have any issues or encounter any lags whatsoever. The device comes with a few pre-installed 3rd-party apps like Lazada. 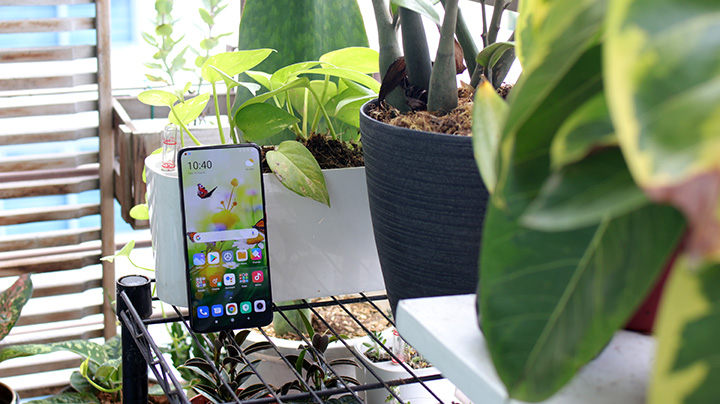 The Poco F2. Pro packs a large 4,700mAh battery which is already huge but it also managed to make it fast-charging with PD 3.0 and QuickCharge 4+ using the 30W power charger. It managed to go from zero to full in about 1 hours. Moderate to heavy usage of the device got us over a day without any problems. 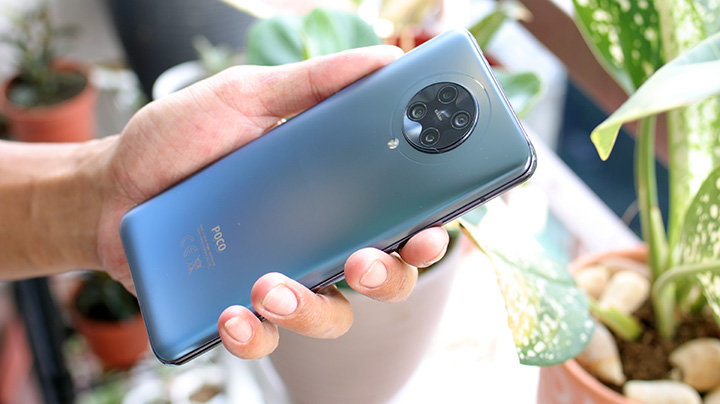 A few added features that we really liked with the Poco F2 Pro are the IR blaster, the 5G connectivity (though we never got to test it in our area for lack of 5G signal) and WiFi 6 support. The Poco F2 Pro is a great phone worthy of being a flagship competitor. Taking into consideration that it only costs half a much as many other flagship smartphones, it’s a great option for those looking for best performance on a budget.

The POCO F2 Pro comes in configurations: 6GB RAM + 128 GB internal storage and 8 GB RAM and 256GB internal storage. It is priced at Php26,990 and Php29,990, respectively and is now available on authorized Mi Stores.