Realme has announced its newest smartphone under the Realme 3 series — the Realme 3 Pro. Today, we’ll take a look at how this new premium mid-ranger is different from its sibling, the Realme 3. Check it out! 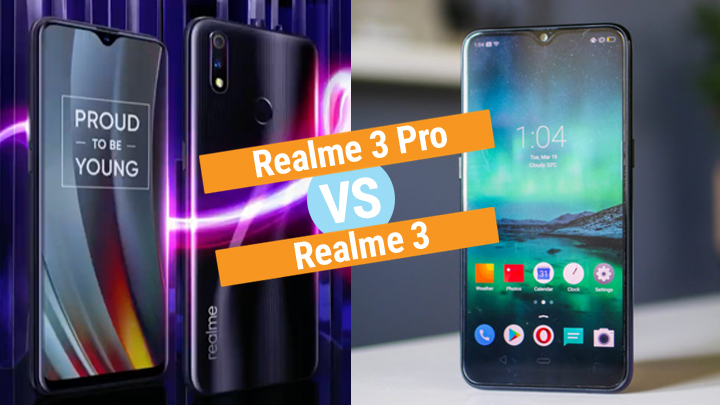 As seen in the differences above, it seems that the Realme 3 Pro got a huge upgraded starting with its display. Aside from the larger screen size, the resolution is now at Full HD+ with a taller aspect ratio as compared to the Realme 3. Lastly, the former now comes with a Gorilla Glass 5 which is stronger than the Gorilla Glass 3 of the latter.

Next up is the chipset used by the Realme 3 Pro which is better performing and more power efficient than the Realme 3. Based on our AnTuTu benchmark score for the OPPO R17 Pro that sports the same Snapdragon 710 chipset as the former, it scored 167,110 while the Realme 3 has 128,288. These scores already say a lot on which device is better in terms of CPU and gaming not to mention that the former has a higher RAM capacity than the latter.

Aside from its performance, the Realme 3 Pro gets a camera performance upgrade not just in the number of megapixels, but also in features. Compared to the Realme 3, this device now has an upgraded nightscape, Ultra HD mode, added 960fps slow motion, and 4K video recording.

The Realme 3 Pro can also have a faster Wi-Fi speed thanks to its Wi-Fi ac connection while it also has the latest Bluetooth 5.0 connectivity.

For battery, the Realme 3 has a larger battery capacity; however, the Realme 3 Pro comes with a VOOC 3.0 flash charging technology and 20W charger in the box.

Here are the prices of both devices:

Based on the prices above, we’re expecting the Realme 3 Pro to sit around the PHP10K price range, but if you are upgrading from the Realme 3, then I’d say that you should hold it for now given that its launch is relatively new in the country. However, if you’re looking for a better smartphone performer and camera capabilities, then go ahead and purchase it.