Realme has just confirmed that the Realme 3i will be officially unveiled in India. 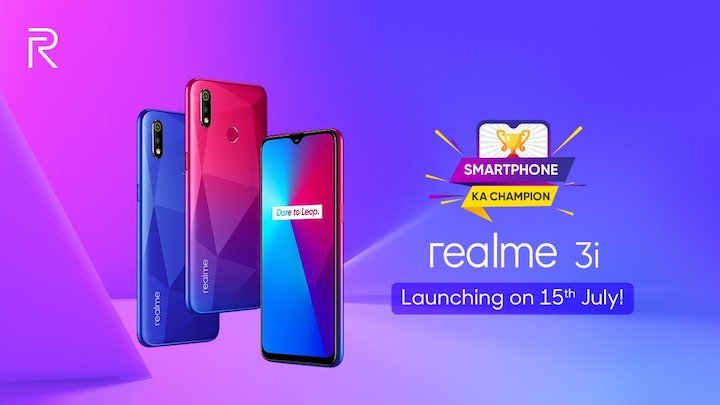 The upcoming smartphone will be powered by Helio P60 and that it will have a 4,230mAh battery capacity. From the official images, the Realme 3i will have a drop notch upfront, while it will have a diamond-cut pattern design on the rear. It’s set to have a dual camera setup and a fingerprint scanner on the back as well.

More information such as other official specs, pricing, and availability will be released on the Realme 3i launches, together with the Realme X, on July 15. Stay tuned.