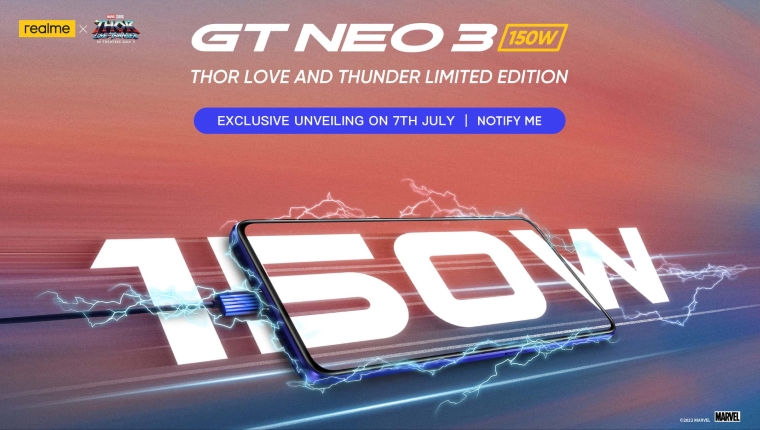 The realme GT Neo 3 150W Thor: Love and Thunder Edition, as the name suggests, is a collaboration with Marvel for the latest Thor movie. We can expect it to sport the same specs, like the MediaTek Dimensity 8100 5G chipset, but instead of 80W fast charging, will have the 150W UltraDart Charge, which can charge the battery to 50% in just 5 minutes.

Other details were not provided, but we’ll know more once it is officially unveiled on July 7.