realme has launched in the Philippines its latest smartphone, the realme GT Neo 3, packing a 6.7-inch AMOLED screen with 120Hz refresh rate, MediaTek Dimensity 8100 chipset, triple rear cameras, and a 5,000mAh battery with 80W SuperDart Charge. Read our initial thoughts about the device below. 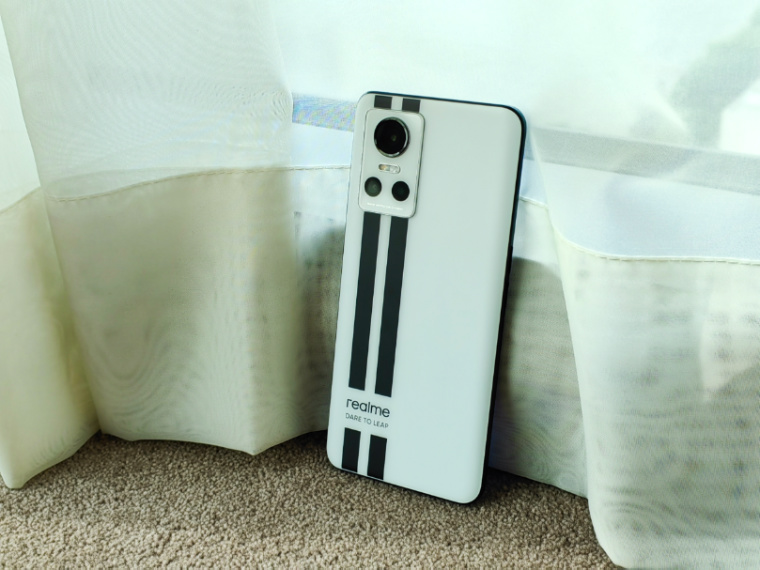 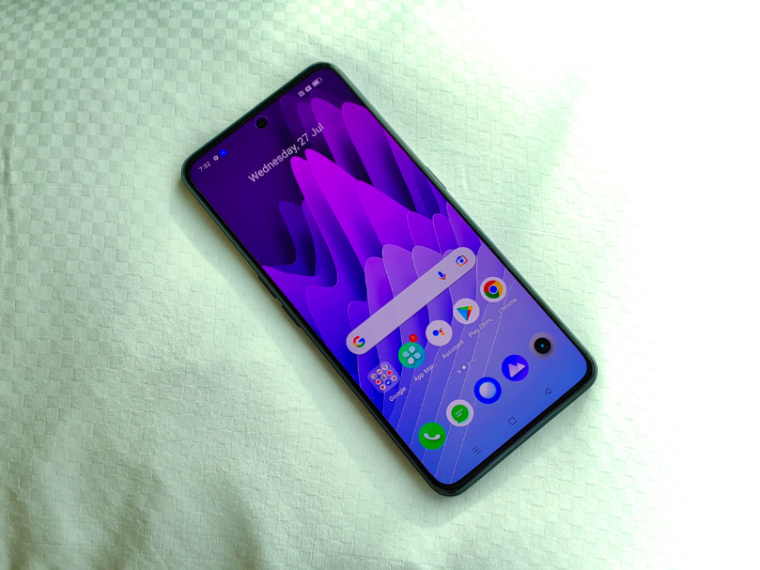 The realme GT Neo 3 features a large screen at 6.7-inches with a Full HD+ resolution that equates to a pixel-packed 394ppi. The panel is AMOLED so it produces deep blacks with punchy colors. Protecting it is Gorilla Glass 5. Animations and transitions are smooth thanks to the 120H refresh rate.

Placed above the screen is the hole for the 16MP selfie camera, then right above it, in the bezel is the earpiece. 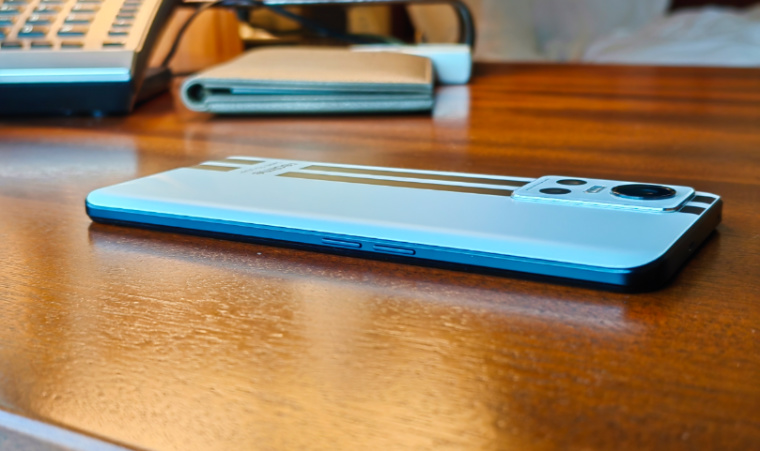 Found on the right side are the volume keys, while on the right is the textured power button. The buttons are tactile yet firm and quiet, They’re also easy to reach as the buttons are placed right in the middle of the frame where your fingers naturally land when holding the device. 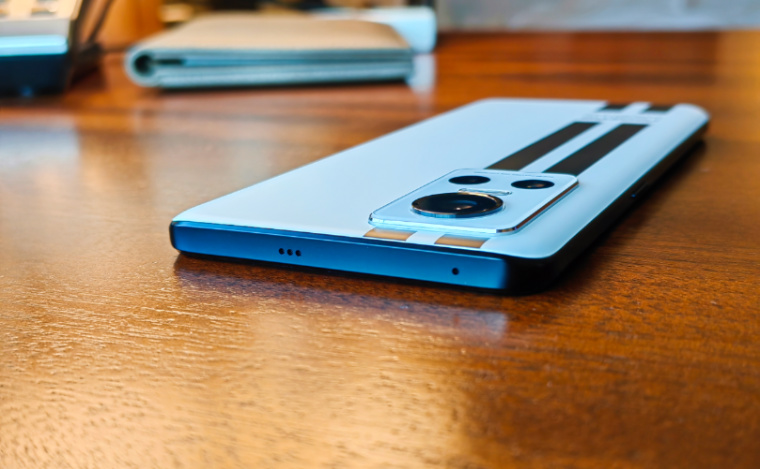 Looking up top, we have the secondary microphone and loudspeaker. 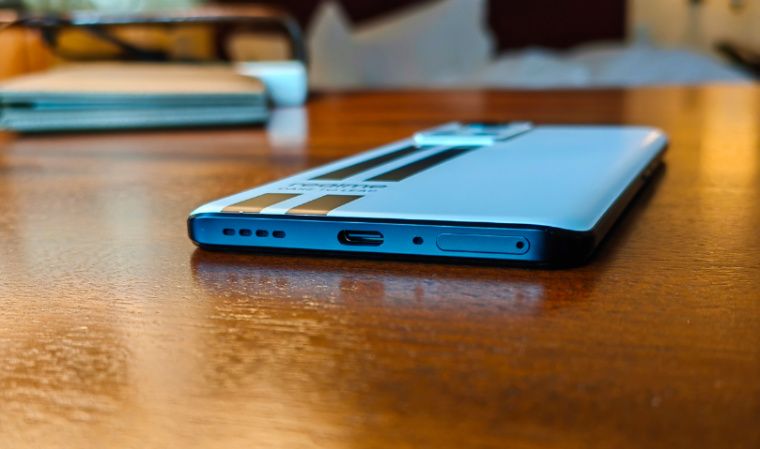 Down at the bottom is the card tray for dual nano SIM cards, main microphone, USB-C port, and loudspeaker. 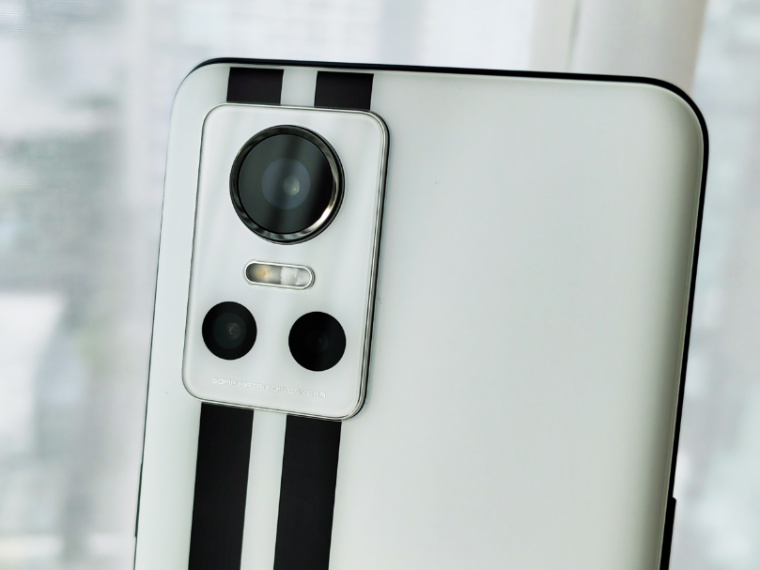 At the back, we have the protruding camera module that houses the 50MP Sony IMX766 main camera, 8MP ultra-wide, the 2MP macro, and the LED flash. The realme GT Neo 3 looks and feels like a flagship. It comes in Spring White and Nitro Blue. The design, highlighted by the racing stripes at the back, gives an impression that it is about performance. The frame is metallic so it’s cool to the touch, while the back panel has this smooth ceramic finish that repels fingerprints and smudges very well. Despite the size, it’s comfortable to hold. Although you’ll likely use two hands for easier navigation. If you want to keep it protected, there’s a clear case included in the package. We’ll discuss more about its performance in our full review, so stay tuned.