The realme narzo 50i is one of the most affordable smartphones that realme has released. At PHP 6,290, it has that familiar narzo design, realme UI Go Edition for software, and a large 5000mAh battery with support for reverse charging. Sounds interesting? Keep on reading for our hands-on. 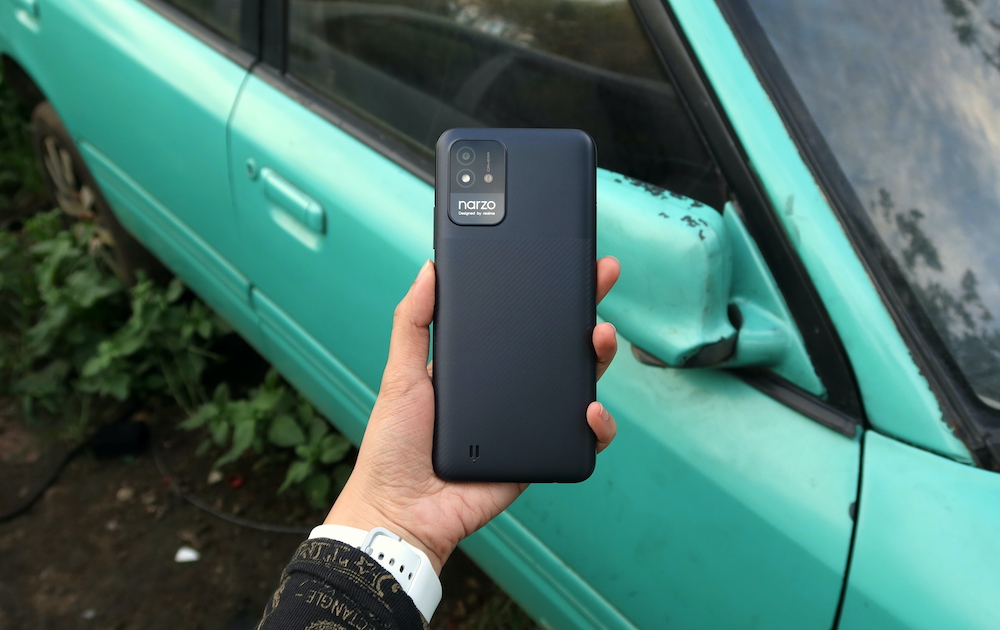 Even if it packs a massive battery, the realme narzo 50i surprisingly sports a lightweight build with a 2021 narzo look, with its polycarbonate diagonal stripe design topped with a matte feel. It’s slim at 8.9mm, making it pretty comfortable to grip. Locally it’s available in either Mint Green or Carbon Black. We like how the camera module looks seamless with a not-so-protruding bump that packs its single main rear camera, LED flash, and some realme narzo branding. There’s no fingerprint scanner here (or even on the side), but looking closely at the bottom, it’s where the main loudspeaker is located. 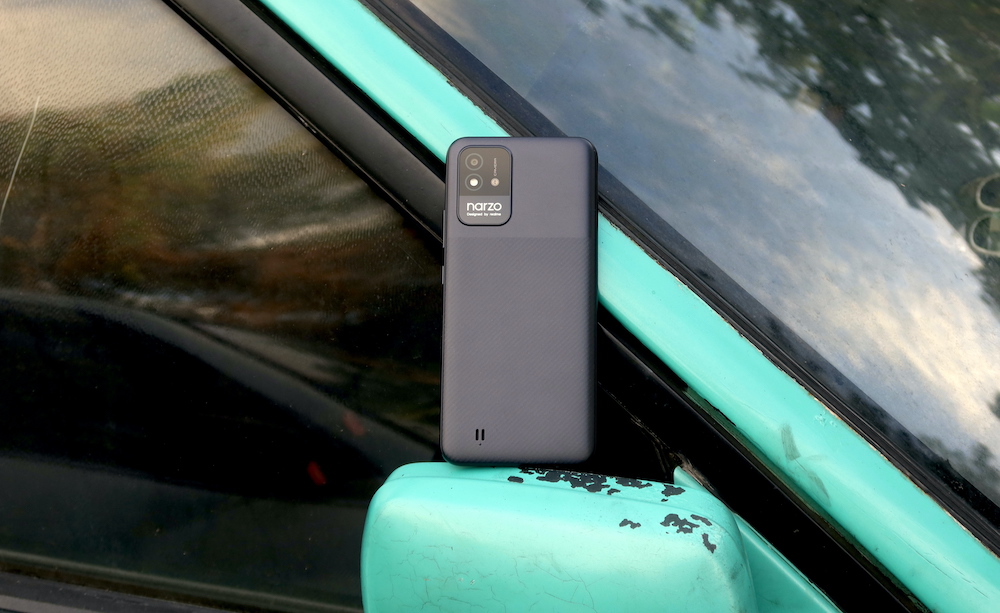 Meanwhile, located on the right are all the buttons: the power trigger and the volume rocker. 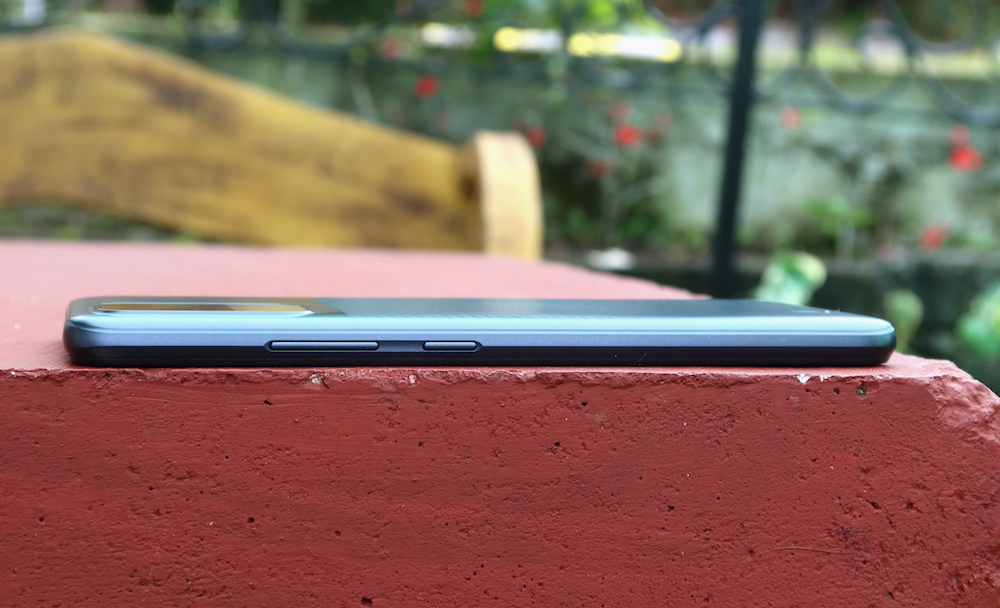 Then alone on the left is its triple card slot for two nano-SIM cards and a dedicated microSD card for up to 256GB. 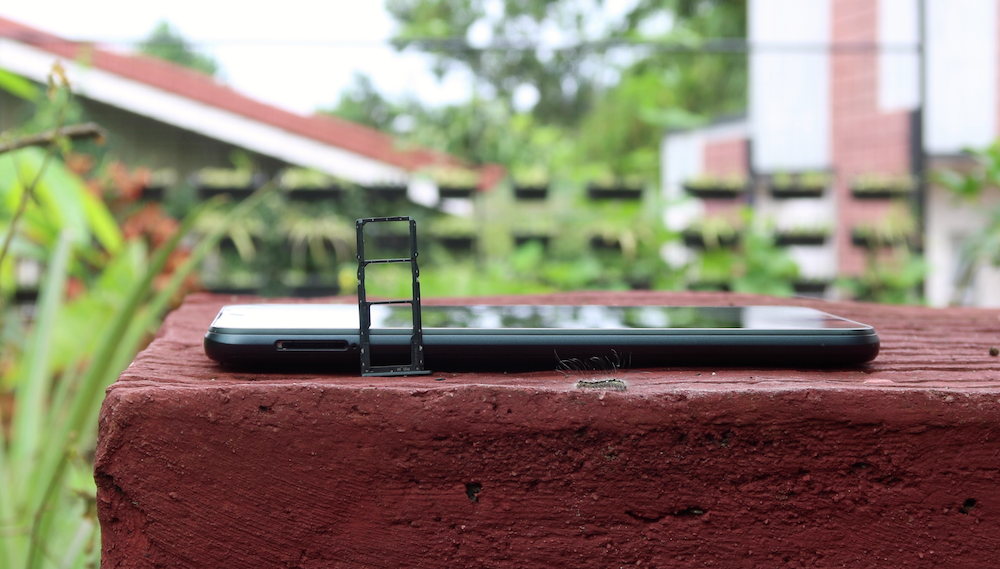 There’s nothing on top, but at the bottom, there’s the headphone port, two microphones, and the MicroUSB port. Checking out the display, we get a large 6.5-inch IPS LCD screen with a 1600 x 720px resolution and a pixel density of 270ppi. Noticeably, the bezels look slim with slightly thicker chin part like most smartphones today. 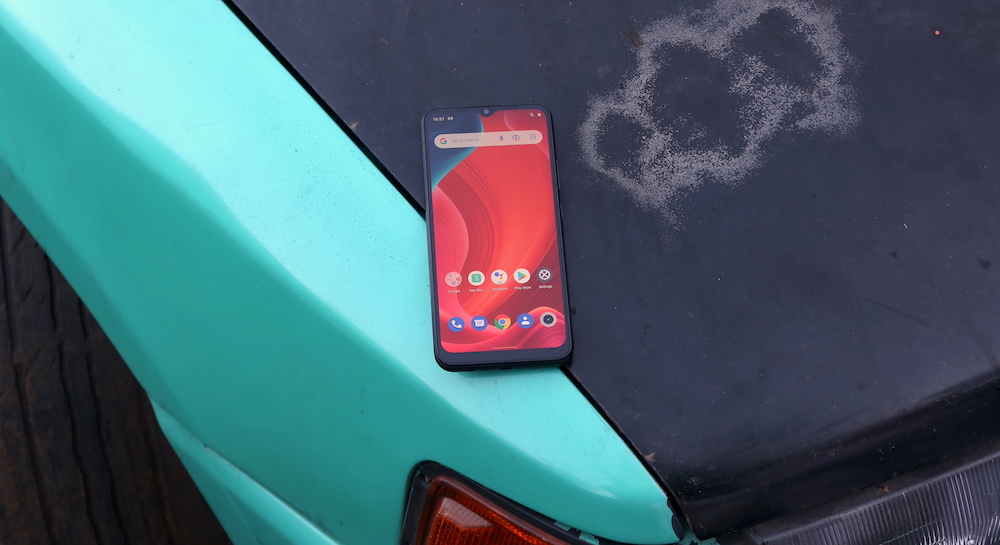 The notch part is quite outdated, with a mini drop notch in the upper middle right below the earpiece. For protection, there’s already a screen protector pre-installed. 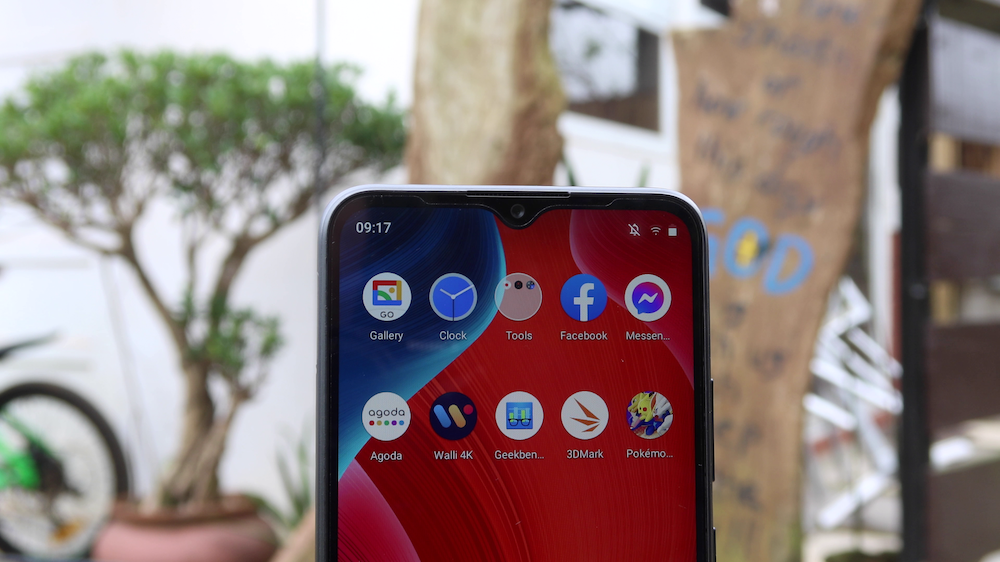 When it comes to internals, the narzo 50i packs a decent Unisoc SC9830A processor that’s paired with an IMG 8322 GPU, 4GB of RAM, and 64GB of internal storage. Running the software is Android 11, skinned with realme UI Go Edition that’s giving us a mixed vibe of ColorOS and Stock Android. 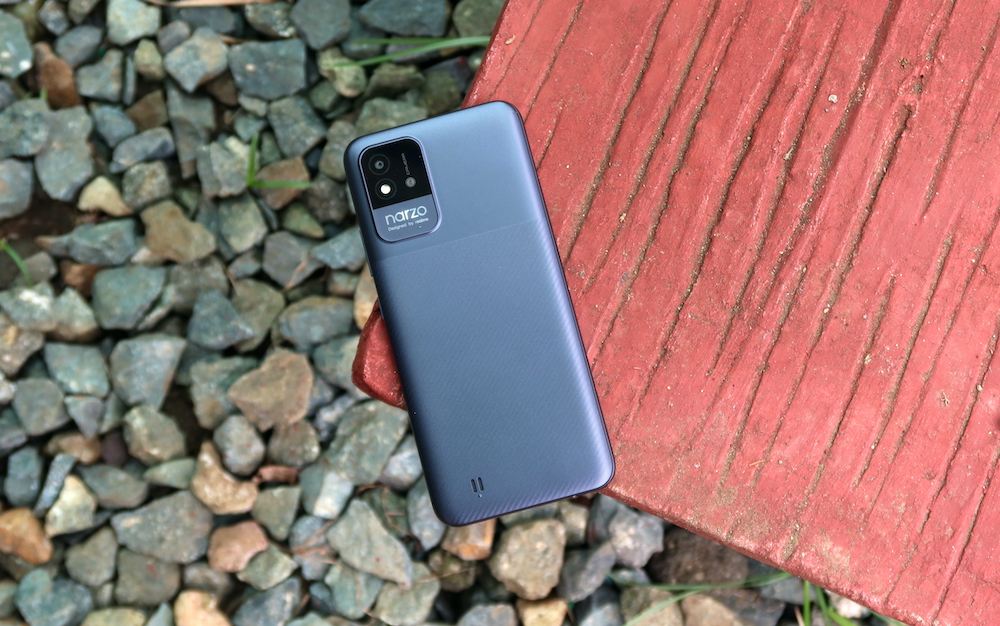 As for its highlight feature, keeping this device running is a whopping 5,000mAh battery with support for reverse charging. We’re already expecting this to last you more than a day, but do note that it doesn’t have any fast charging on board. 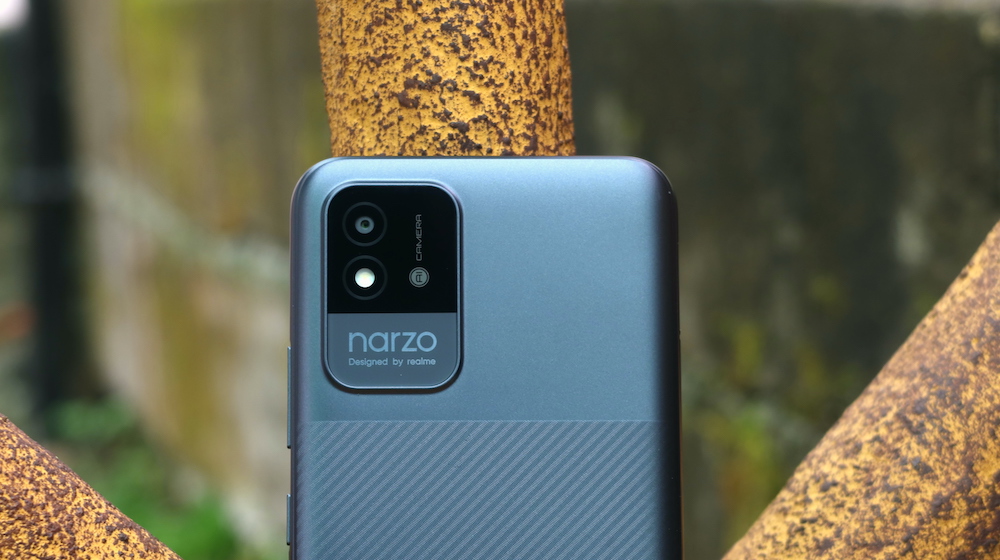 So moving on to cameras, we get a single 8MP shooter at the back and a 5MP front camera on its notch. We took it for a quick spin, and here are a few sample photos so far:


As mentioned earlier, the realme narzo 50i has an SRP of PHP 6,290, and locally we only get the 4GB + 64GB variant. Unlike previous narzo smartphones, this won’t be a Lazada exclusive, so it will also be available via realme stores and selected partner dealers. We’ll use it more in the next few days, so stay tuned for our full review.