In February of this year, we were able to get our hands-on on the realme X50 5G. We thought it was a well-rounded premium midrange device for having a near-flagship device performance, not to mention that smooth 120Hz refresh rate display is also pretty sweet. But unfortunately, the said device didn’t make it into the country. 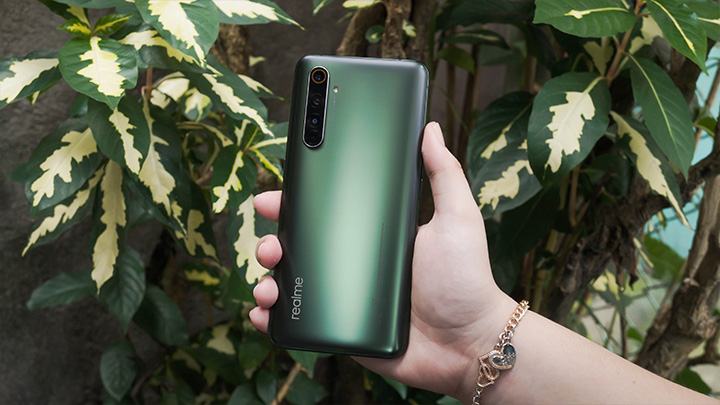 Fast forward to today, realme officially launched its Pro version here, the realme X50 Pro 5G. We’ll see what this phone is all about and everything in between.

From the get-go, the realme X50 Pro 5G radiates this subtle, elegant look. It sports a low-keyed matte texture, and yes, it’s made up of glass. The unit we have is in Moss Green, but it’s also available in Rust Red. The design looks classy and creates this subtle color change when light hits it. The phone feels really solid, and it’s probably, by far, the most solid realme devices we’ve touched. It comes with a heft at 205g, which makes it feel more premium. Its rear glass back curves into the metal frame, making it comfortable to hold. However, due to its quite slippery matte finish, it can be quite slippery, so better use the jelly case that comes with the retail box. 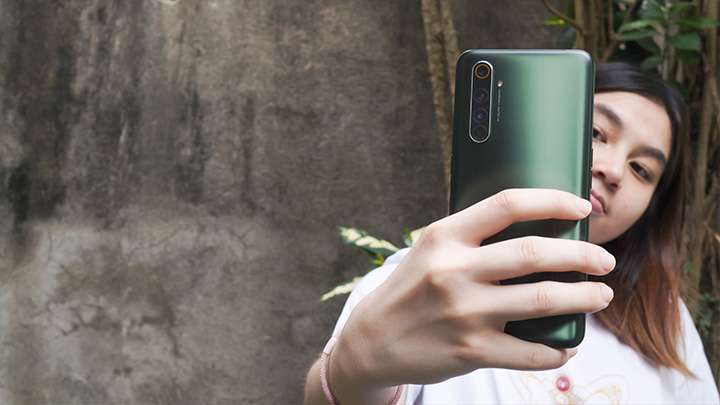 Also found here at the back are its quad rear camera setup and the realme branding. 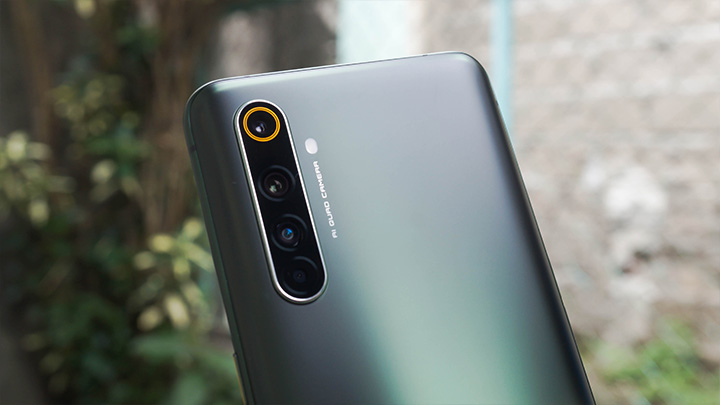 Upfront, we have the notch that houses the dual front camera, the call speaker, and the in-display fingerprint scanner. 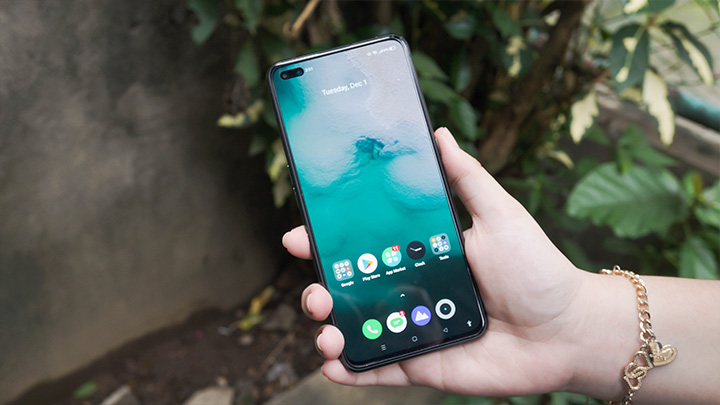 We have the power/lock button with some yellow accents embedded on it and a pair of antenna bands on the right side. While on the left side, we can find the volume keys and a pair of antenna bands. Up top, there’s another pair of antenna bands and a noise-canceling microphone. 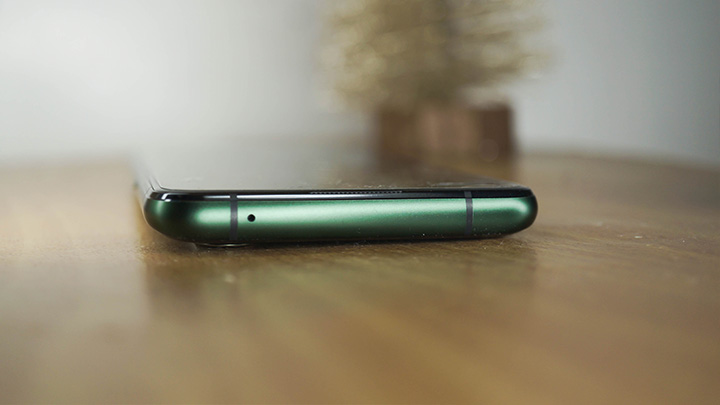 Down below, we have the USB Type-C port, the primary microphone, the dual nano-SIM card slot, and the speaker grille. As of today’s flagship smartphone standards, this phone doesn’t come with a 3.5mm headphone jack, and you don’t get a type-C to 3.5mm adapter in the box, so there’s that. 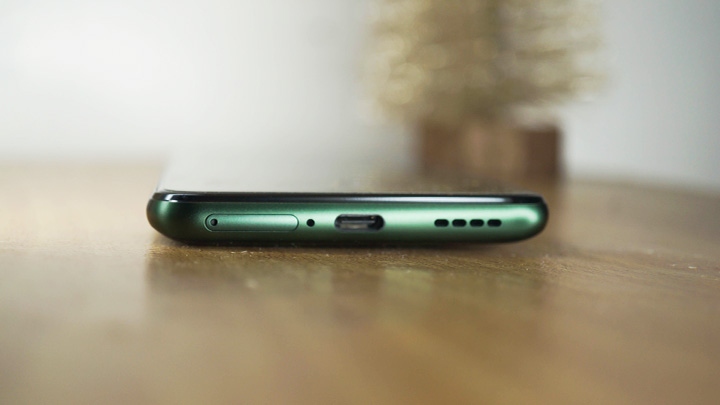 The realme X50 Pro 5G sports a 6.44-inch Full HD+ Super AMOLED display with a resolution of 2400 x 1080. As per usual, the screen looks great. The 90Hz refresh rate is buttery smooth and responsive. You have the option to downgrade to 60Hz, and there’s also an Auto-Select option that selects the best refresh rate for an app, and we mostly use that one. 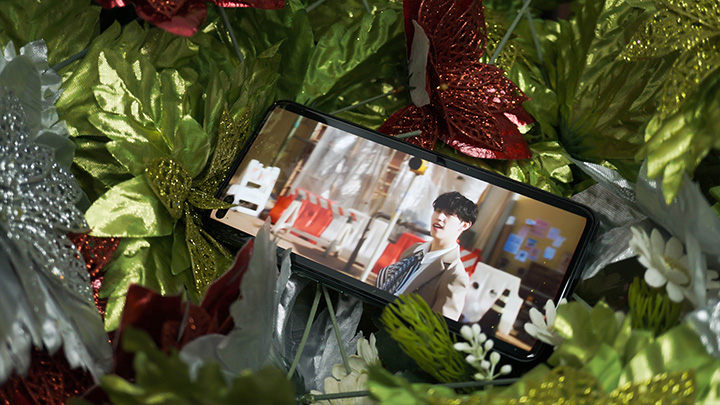 The colors look sharp and vibrant, and the blacks look deep, considering that it’s AMOLED. On the downside, though, since this phone uses an AMOLED panel, it’s prone to screen burn-in, and it’s apparent when using the Dark Mode, especially on grey backgrounds, and is usually found around the notch area.

For display features, you get screen color temperature, OSIE visual effects for better viewing experience and improved color reproduction in supported apps (such as Tiktok), Bright HDR video mode, screen color modes, and Edge lighting for notification light effects, which, by the way, looks awesome. You get to choose three color effects such as Neon Purple, Ocean Blue, and Amber Orange. There’s also an option to hide the notch, but you have to do it per app. 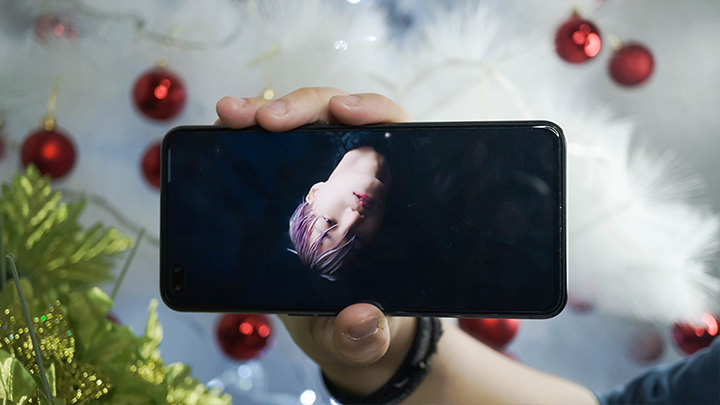 Audio-wise, it features dual stereo speakers and Hi-Res audio with Dolby Atmos. Audio quality is impressive for a smartphone. It gets loud enough, has the right amount of bass and clarity, and there’s only little distortion when the volume is set at max. You can also utilize the Sound Amplifier to filter ambient noise, amplify faint sounds, and soften loud sounds, and it works pretty well. Unfortunately, it works only with wired earphones. 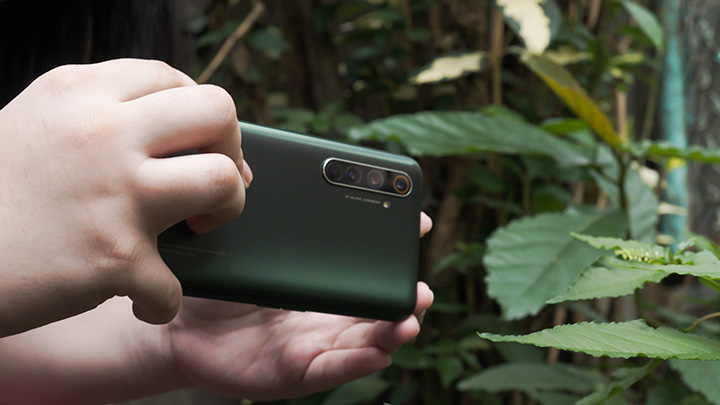 As for camera features, you get Ultra NightScape, AI, Portrait, 64MP, Panorama, Text Scanner, and PRO, among others.

Now for camera quality, the images produced are superb. They all have a great dynamic range, and we love how crisp and sharp the details are. The colors are also on-point, and the AI mode doesn’t boost the saturation that much, which we appreciate a lot. Even in a backlit environment, the camera performed really well. Shots from the ultra-wide lens also come with little distortion, while images from the telephoto also look equally good. We could also get really sharp photos from the 64MP mode, but the normal mode would do just fine.


Don’t even bother with lowlight because shots were also quite impressive. The Ultra NightScape feature is no joke. Though it’s not perfect, the images taken a look great. You can see how the surrounding stood out without having the lights look overblown. Apart from that, they look sharp and crisp too. We also tried taking pictures in a near-pitch black room, and it was still able to produce pretty decent shots.

Selfies also look good, and we like that the skin tones look natural. The AI Beautification isn’t overpowering and we appreciate that it doesn’t look artificial.

For videos, it can shoot up to 4K at 60fps and slow-mo videos up to 1080p. The downside, though, is that you can’t utilize the ultra-wide lens at 4K. Its front cameras, on the other hand, can shoot up to 1080 at 30fps. Both the rear and the front features the UIS mode for stabilization, while the UIS Max mode is only applicable for the rear.

As for quality, it’s terrific and sharp. The UIS performed well, and we barely noticed any shakes when we’re shooting handheld. Video quality tends to downgrade a bit when shooting with the UIS Max mode on, so we recommend you use it in places with good lighting, but it still works great. The front camera’s video quality is average and tends to suffer from finding the right exposure now and then.

The realme X50 Pro 5G runs on realme UI 2.0 based on Android 11. As we often mention in our realme reviews, realme UI is one of our favorite skins. Besides having a clean and fluid UI, you get many personalization options, including changing the icon styles, color UI, notification drawer, and even the fingerprint animation, which is cool. We also get an Always-On display with several custom patterns, text, and clock styles to choose from. There’s also the Smart Sidebar that lets you quickly access certain features and apps. Speaking of apps, we get a couple of realme proprietary apps and Google apps and other third-party ones like Facebook, Netflix, Lazada, and OfficeSuite, to name a few. Out of the 256GB internal storage, we get a usable 236.3 storage. No expandable storage here.

Powering the realme X50 Pro 5G is the latest Qualcomm Snapdragon 865 5G processor coupled with Adreno 650 GPU, 12GB LPDDR5 RAM, and 256GB UFS 3.0 w/ Turbo Write. The performance of this phone is a no-brainer. Apps launch fast, and navigating the UI is very fluid and responsive. 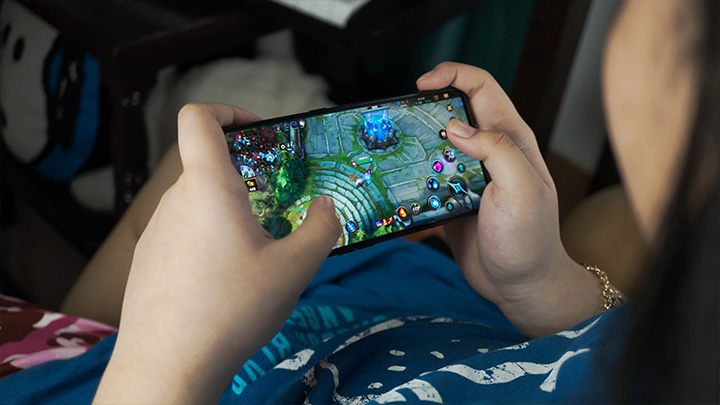 Playing graphically intensive games also went smooth and lag-free. We were able to play Wild Rift and PUBG Mobile at the highest possible settings with ease, and it’s further enhanced with the 90Hz refresh rate. The phone heats around the rear cam after an extended period of usage, but not that it would cause an alarm.

There’s also the Game Space app to even further enhance the gaming experience. You can access this by swiping the upper corner of the screen, and it’ll show you various options such as the FPS count, CPU and GPU consumption, screen record, and Immersive Mode to block out all notifications. 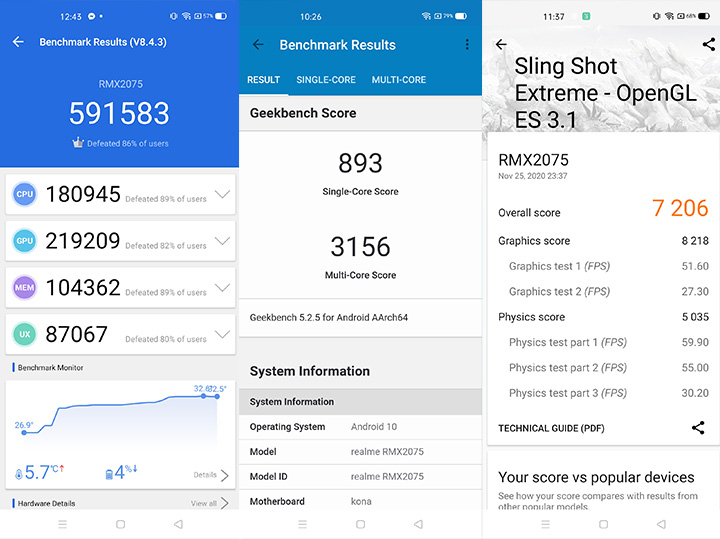 We get the usual stuff for connectivity, including Wi-Fi 6, Bluetooth 5.1, dual-frequency GPS, and NFC. As you know, this phone is 5G-ready. But then again, it will vary based on the availability of 5G in your area. We tested it in San Pablo, Laguna, and it’s still not yet available. 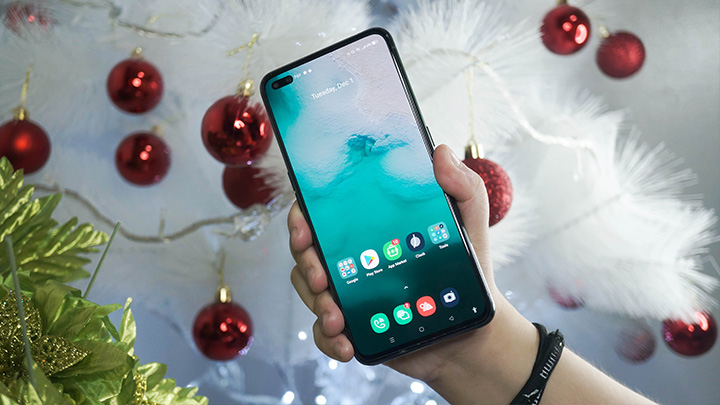 Giving life to the realme X50 Pro 5G is a 4,200mAh battery. For a smartphone of this caliber, we think that the battery capacity isn’t enough. The battery drains quite quickly, mostly if you use the 90Hz refresh rate, as it is quite power-hungry. We suggest you lower the refresh rate and if you want to prolong battery life. Charging is also really fast since it supports 65W SuperDart Charging. From 0%, it was able to juice up the phone at 30% in just 20 minutes. It took less than an hour, around 45-50 minutes, to recharge the battery completely.

In our PCMark battery test, the phone yielded 14 hours, while our standard video loop test got a score of 15 hours and 10 minutes. Pretty average, we must say.

Just like its standard version, the realme X50 Pro 5G is also a well-rounded device and a solid one, for that matter. We get a 90Hz Super AMOLED display, a flagship processor, a large 12GB RAM, and a great set of cameras, which, we must say, a lot of people would appreciate. And it’s also 5G-ready! If you can overlook some of its shortcomings, like the screen burn-ins and average battery life, we think it deserves a spot as one of the best 5G-ready smartphones here in the country. You may get it in postpaid under the Smart Signature Plan 1,499 with a one-time cash-out of PHP 6,900 and a monthly fee of PHP 1,899 monthly (PHP 1,499 plus PHP 400 monthly amortization).

It also comes with a pre-order promo from December 3 to December 10, 2020. Those who will avail of the plan will get a free realme Watch worth PHP 3,990. Availability of the device will be on December 11 onwards via Smart Signature plans both online and in-stores.