The Redmi K20 Pro is one of the most popular Snapdragon 855-powered smartphone in the market right now, which is attributed to its aggressive pricing. Some are even calling it the “new flagship killer.” Is it? Then let’s compare it to the OnePlus 7 Pro which recently became available in the Philippines. 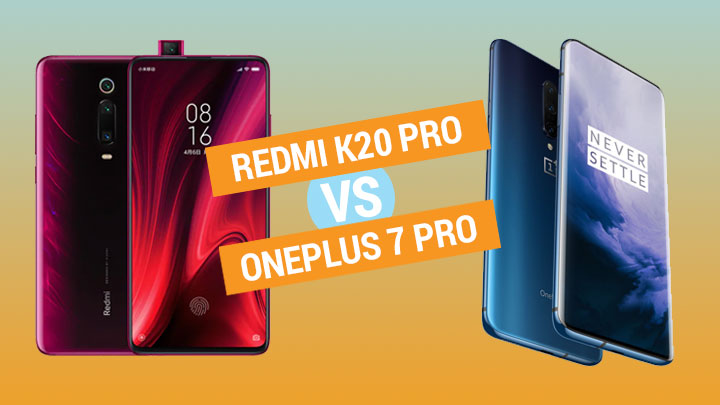 Although the Redmi K20 Pro and OnePlus 7 Pro have the same engine under the hood and plenty of similarities, the two are still different beasts, and it looks like the latter offers more.

The Redmi K20 Pro is not to be underestimated. Its asking price is hard to beat given the specs it offers. It is one of the reasons why it was called the new flagship killer. It even has some advantages over the OnePlus 7 Pro, such as the 3.5mm audio port and FM Radio. The two also use the elevating front camera design, but the K20 Pro has the highest camera resolution.

The OnePlus 7 Pro takes over from here, though. The display alone is impressive, having a significantly higher resolution, support for HDR10, and a smooth 90Hz panel.

When it comes to performance, the two use the same chipset. However, the OnePlus 7 Pro comes with a 12GB RAM model. It also has a faster UFS 3.0 storage and USB 3.1 Type-C port. Both also have the same battery capacity, but the OnePlus 7 Pro has the 30W Warp Charge 30 compared to the K20 Pro’s 27W Quick Charge 4+.

Now, for the price, the K20 Pro is available in resellers at under PHP 25K. That’s an affordable price tag for a flagship-grade smartphone. However, since it’s not officially offered in the country, it doesn’t have a warranty and runs on a Chinese ROM. You won’t have that problem with the OnePlus 7 Pro, but you’ll have to pay a premium starting at PHP 38,990 for the 6GB + 128GB mode.

So which one to get? If you have a tight budget and want a flagship-grade smartphone and don’t mind the lack of warranty and Chinese ROM, you will be happy with the K20 Pro. But if you have deeper pockets and want the best cameras, performance, and features, the OnePlus 7 Pro is the one to get.