The Samsung Galaxy J5 (2016) sports a 5.2-inch Super AMOLED display with an HD resolution equating to a passable 282ppi of pixel density. Up front is the well-saturated display with the earpiece, 5MP front-facing camera with an LED flash, and a couple of sensors on top. Down below is the familiar Samsung home button sandwiched by two capacitive keys for return and recent apps. Unfortunately, the keys don’t have a backlight. 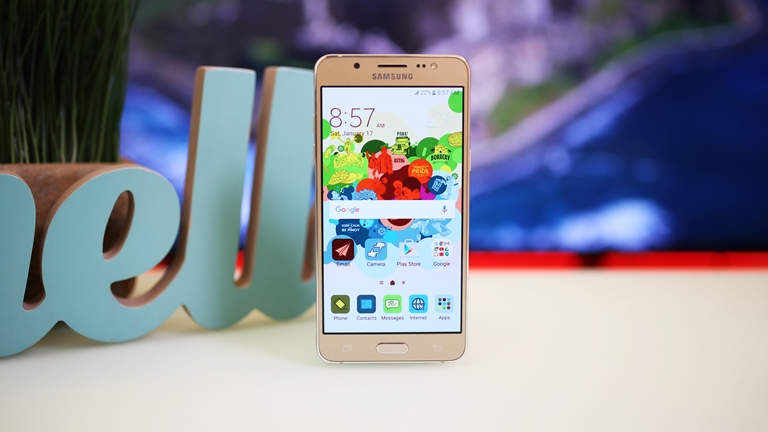 To its right is the power/lock button while the volume keys are on the left. The sides of the handset show a similar design to the likes of the former Galaxy S6 flagship. 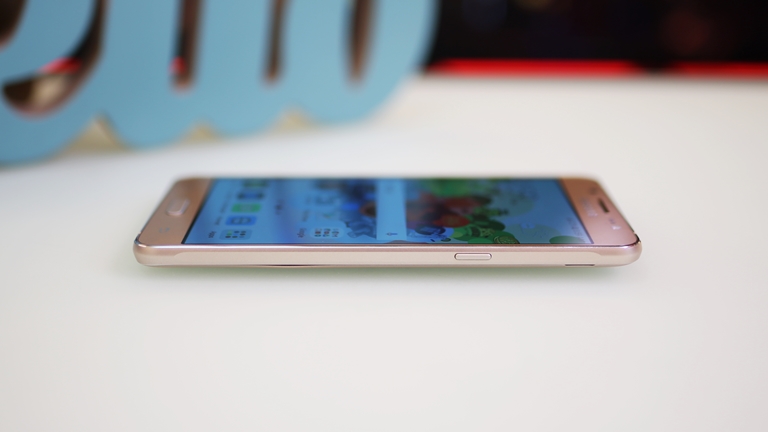 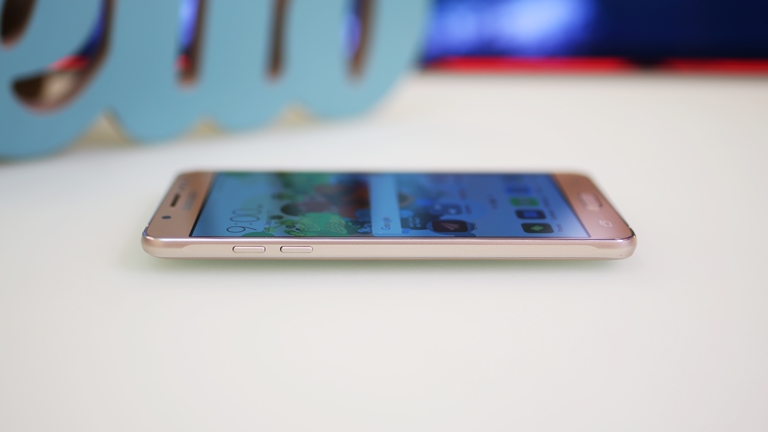 Right and left side

The top part of the device is virtually clean aside from the usual plastic strips for signal penetration. This leaves the bottom end to house the microUSB port for charging and connectivity, and the 3.5mm headset jack. A tiny pinhole for the microphone is also present. 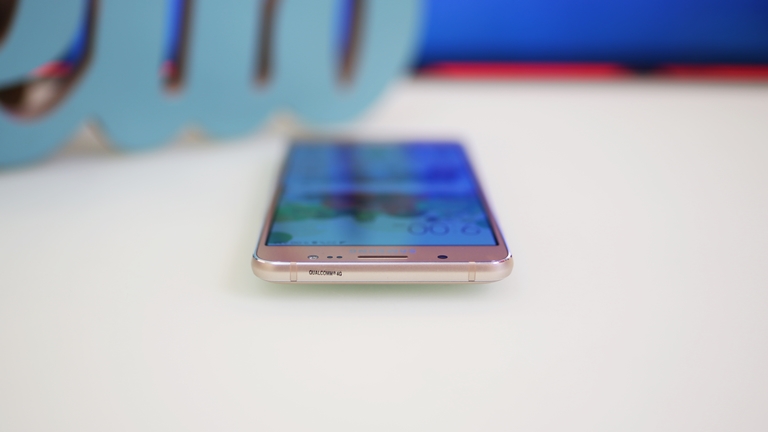 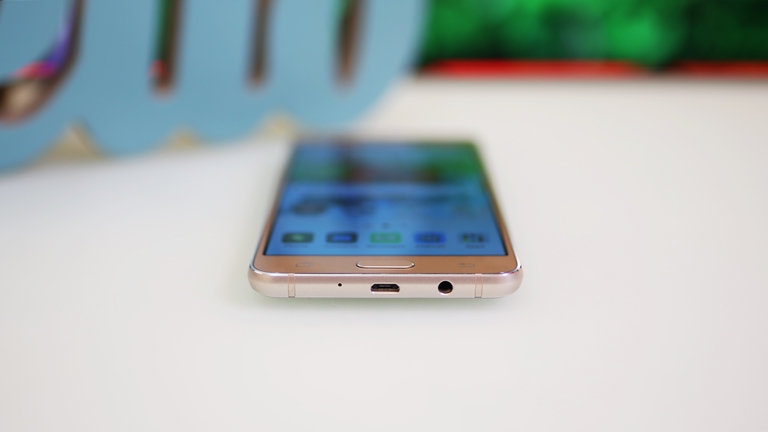 The back has a removable plastic panel for access to the removable battery, SIM card, and microSD card slots. The main camera module sits in the upper center with the loudspeaker and LED flash beside it. Thanks to the upgrade from plastic to metal, the J5 (2016) feels better on hand compared to its predecessor. While a design change is a very much welcome, Samsung opted to use their familiar blueprint with very few tweaks.

The display of the device measures 5.2-inches which is about the average and somehow ideal for most users. It’s a Super AMOLED panel from Samsung themselves with a resolution of 1280 x 720 pixels or simply HD. That results to a modest pixel density of 282ppi. As always, Super AMOLED exceeds expectations thanks to its vibrant hues and deep blacks. Viewing angles are wide as well with a minor shift only at extreme sides. Samsung didn’t include an ambient light sensor for auto brightness which is disappointing especially when using the device in various environments. 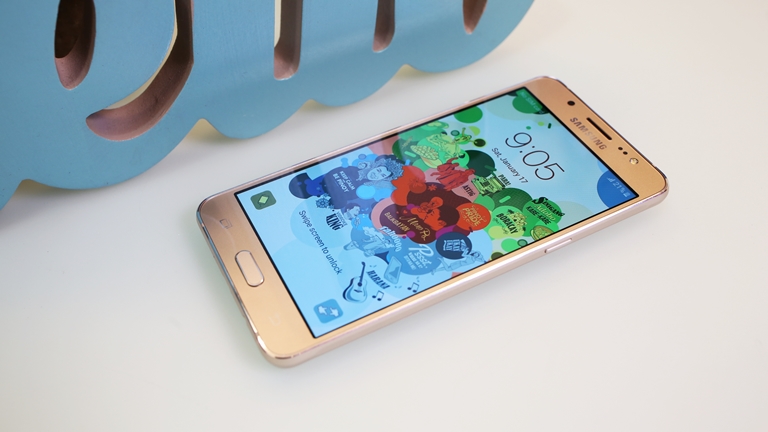 The back-firing speaker is loud enough to fill a small room but definitely not the best option to enjoy music with a group of people. Also, it sounds softer than usual since it is not directed to the user.

Android 6.0 Marshmallow is present here although, like with all Samsung devices, it’s topped with TouchWiz. Samsung’s own UI for Android gets a special treatment here under the slogan “Made for the Philippines” with the inclusion of the local theme specially made for the J5 (2016) and also the J7 (2016). 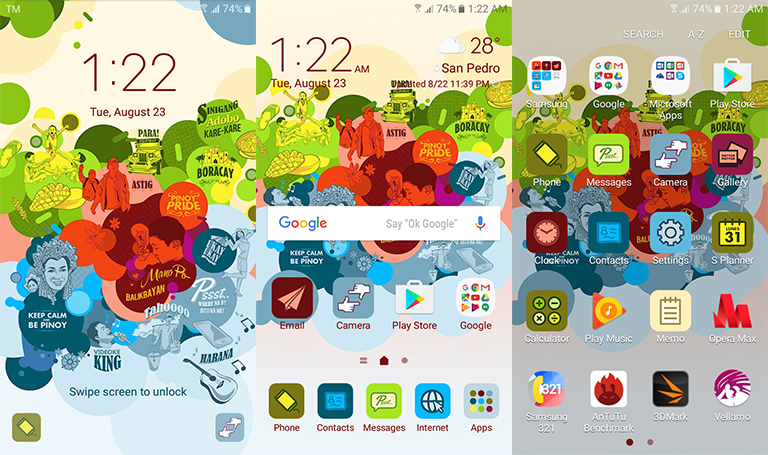 The theme dubbed Pinoy Pride features a vibrant interface with customized icons and wallpaper. It’s what made the J5 (2016) released in the Philippines unique but we do have some reservations about it. The UI somehow looks too busy to look at since it clashes with the custom wallpaper. But, you can always change it to default. Apart from that, there’s also the Samsung 321 which might come in handy during emergencies. Through the app, you can get a list of nearby police, fire stations, and hospitals. You can also contact some of the registered auto services, mobile stores, and appliance repair shops. A quick dial to the country’s former emergency number, 117, is also found here which should be updated pretty soon. 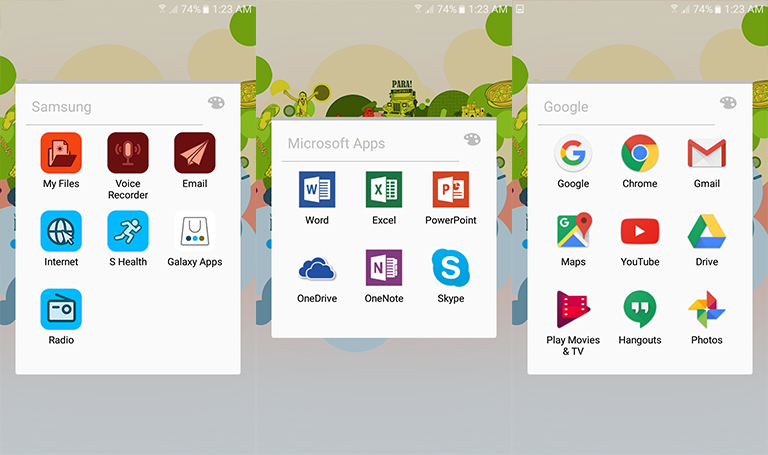 A number of Microsoft apps and key Google apps are on board as well. All in all, the system occupies 4.91GB leaving just around 11GB to the end user.

The J5 (2016) is equipped with a 13-megapixel shooter on its back and a 5-megapixel upfront. Both have a f/1.9 aperture which provide better results than most shooters in its range. 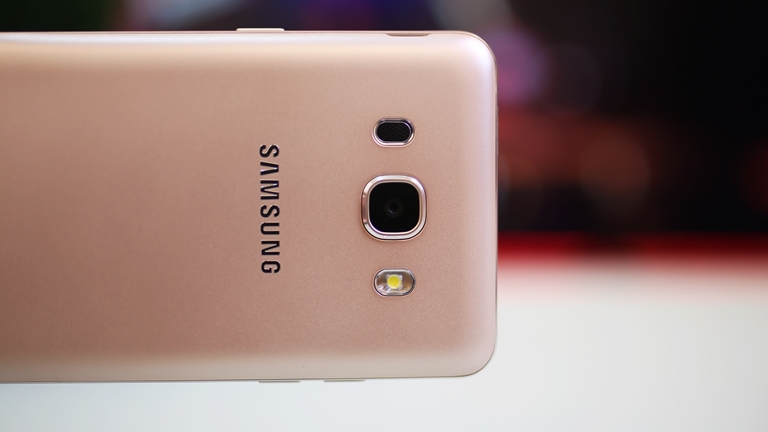 The rear camera has autofocus and a single LED flash. Stills from the main shooter are generally okay with good amount of details and subtle sharpening. The color may seem vibrant when viewed on the device but checking out the full sample somehow shows a slightly less saturated output. As for the front camera, same observation with the hues of the rear camera but softer and less detailed. Here are a few samples:

Video recording maxes out at 1080p with no options for any stabilization feature. As expected, it can a bit shaky but overall quality is good. Continuous autofocus is inconsistent even in bright daylight as we’ve noticed that sometimes it’s aggressive in adjusting while there are times that it just doesn’t look for a clearer subject quickly. Here’s a Full HD sample:

The camera department of the handset leans on the average side of things although the inclusion of a front-facing flash could please selfie takers out there.

The device is powered by an entry-level quad-core chipset from Qualcomm — the Snapdragon 410. While the chipset is on the low-side, memory is quite adequate at 2GB. Performance-wise, it can handle things smoothly. From everyday tasks to social media apps, there’s nothing much to complain about apart from the occasional slow loading times for some applications. Although, when it comes to gaming, it’s a bit of a struggle to pump the settings too high. Medium setting is the sweet spot for most of the games while intensive games, especially NBA 2K16, needs to be set low for smoother FPS.

For objective comparison, here are the benchmark numbers we were able to obtain from the J5 (2016):

Calling on the J5 (2016) didn’t show any signs of any dismay. The earpiece is loud and produces clear voices and in return, the microphone picks up well thanks to the noise-cancelling mic. 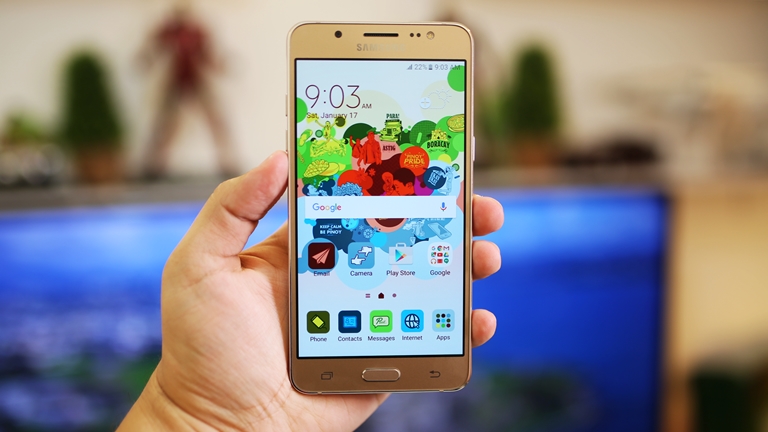 The device is well equipped with LTE onboard, so internet speeds shouldn’t be a problem as long as you’re in a good area. There’s also Bluetooth v4.1, Wi-Fi 802.11n, GPS, and even NFC. There’s FM Radio as well for the airwave tunes.

A removable 3100mAh battery provides oomph to the handset which is already ample for its size. Under our traditional battery test wherein we loop a full HD clip in airplane mode with 50% brightness and volume through earphones, we were able to get 12 hours and 30 minutes with the phone. While with the PCMark battery test, it was able to score 8 hours and 16 minutes.

As we wrap up the review, we can say that the Galaxy J5 (2016) is a well-built phone with decent specs. Although, a usual concern for most thrifty consumers is the pricing of the device. For something this underpowered yet encased in an above average body and topped with a vibrant display, the brand is asking for Php11,990. The official pricing may have put a frown on some but rest assured, it’s a pretty good handset with nifty features crafted for everyday use. 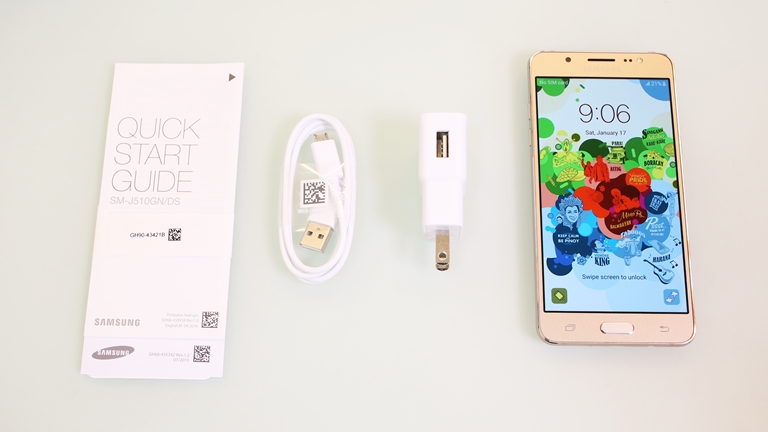 In this range, there are other devices on the market than can offer more. It’s just disappointing how Samsung prices their devices despite the stiff competition with other manufacturers of budget devices.

Thanks for the review. I’m planning to buy this Samsung Model