Last September, Samsung launched two new low mid-range smartphones with a new fingerprint scanner placement — the Galaxy J6+ and J4+. Today, we got our hands on the J6+, so here’s our initial impressions and benchmarks on the device. Let’s start! 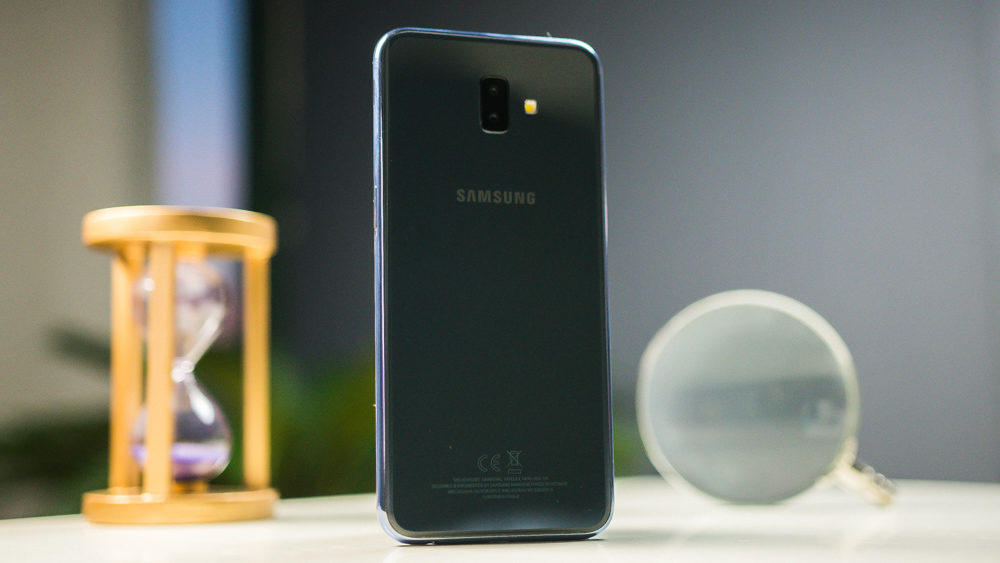 The Galaxy J6+ has a different design compared to the J6 that launched last a few months back. From the polycarbonate back with matte finish material, it now has a glossy polycarbonate back which I found very similar to the OPPO F9. It also sports a tiny criss-cross design which is a nice touch. Overall, it looks solid and premium while you won’t even notice that the device is made up of plastic at first glance.

Starting at the front is the 6-inch display with an 8MP front camera, call speaker, and sensors sitting on top. The J6+ uses on-screen navigation buttons which is a common implementation considering the slim bottom bezel. 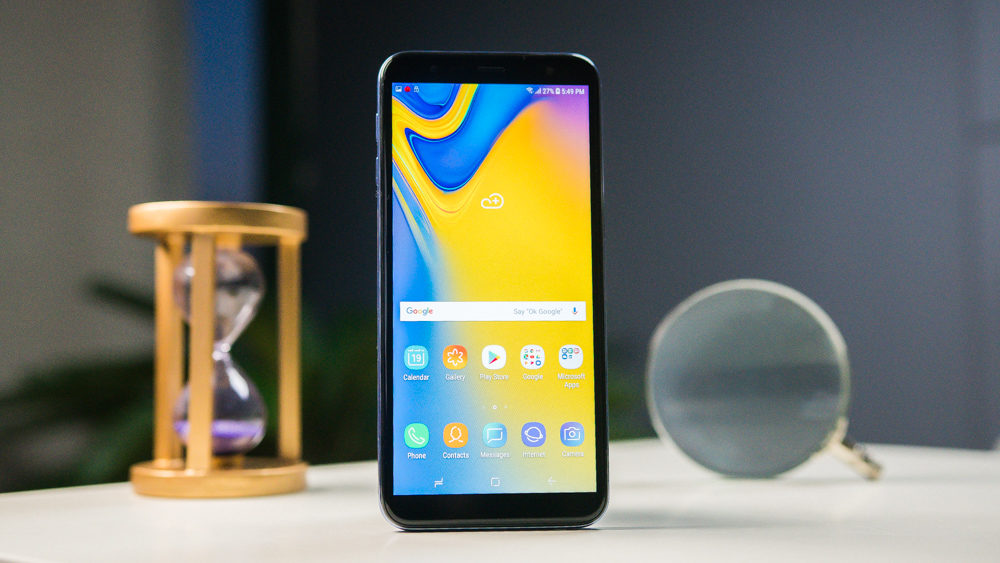 On the right are the loudspeakers and power button which also serves as a fingerprint scanner. I noticed that Samsung is going for a side-mounted fingerprint sensor with their latest releases like the Galaxy A7 2018 and A9 2018. This is not entirely new in the smartphone industry as Sony also implements this kind of design to their Xperia family. On the left are the volume rockers, an independent SIM 1 slot, and the tray that houses the dedicated micro SD card and the second SIM slots. Flipping on its back and you’ll see the dual 13MP and 5MP shooters with LED flash. The Galaxy J6+ feels solid in the hand and easy to grip. On the downside, it’s a fingerprint and smudge magnet which is a common occurence for a phone with this kind of build. 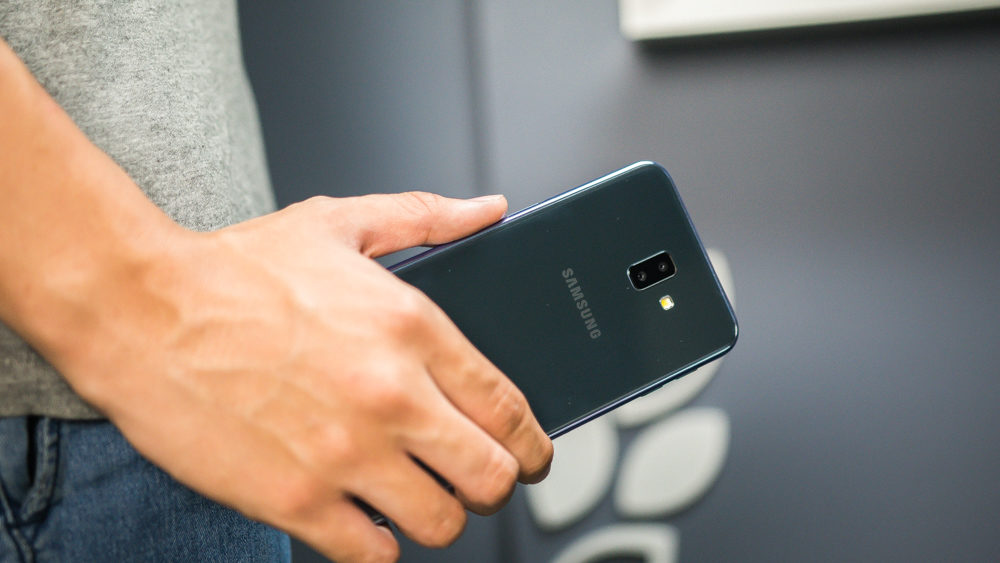 Our initial camera test of the Galaxy J6+ produced nice results. The rear camera photos are great, especially in bright conditions. Images are detailed while colors are accurate. Noises are visible when it comes to low-light conditions, which is expected for smartphones of this caliber.

For the front camera, the quality is okay with decent sharpness, but the colors look paler than what we actually see.

The Galaxy J6+ is powered by a Snapdragon 425 quad-core processor, Adreno 308 GPU, and 3GB RAM. So far, performance is okay and was able to run basic tasks and light apps smoothly. This is an entry-level smartphone so don’t expect great performance when it comes to graphic-intensive games. We ran our usual benchmarking apps and here’s what we got: 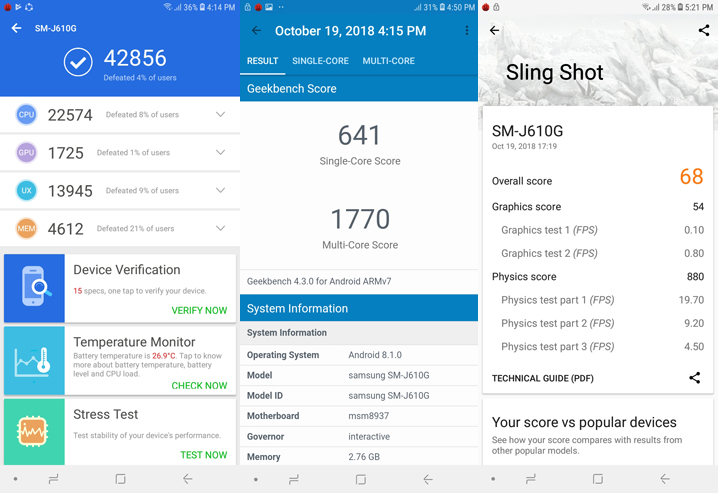 The device runs on Android 8.1 Oreo and carries a 3,300mAh battery capacity which is above average for its class. We’ll know more about its overall performance when we take it for a full spin in the coming days. The Samsung Galaxy J6+ is priced at PHP 10,990 and is now available in Samsung authorized stores nationwide.