Samsung’s mid-range M-series welcomes a new member in the Samsung Galaxy M31, whose biggest selling point is definitely its huge 6,000mAh battery. But aside from that, what’s it all about? Find out here. 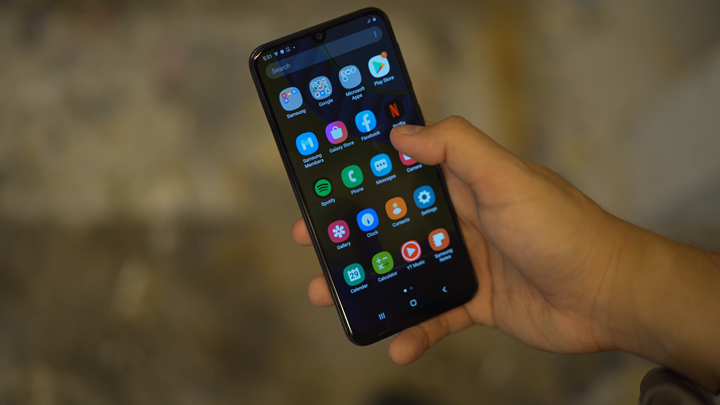 Phone in hand, you immediately feel its heft — definitely towards the bottom for obvious reasons. However, if you look back in time at older smartphones with batteries greater than 5,000mAh, you might remember how thick and bulky they were. It’s amazing that the Galaxy M31’s form factor feels quite normal despite that huge battery. 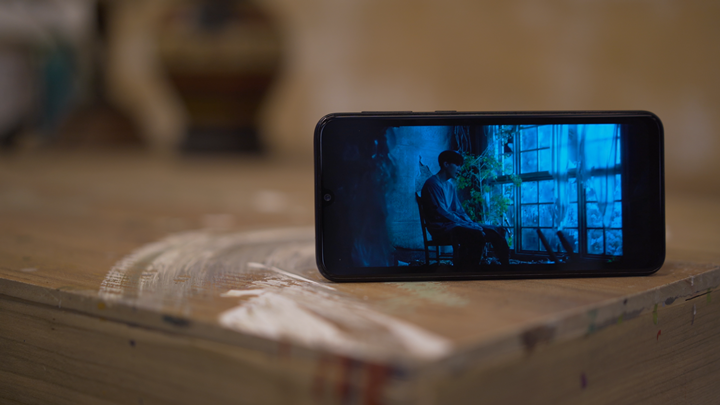 The front panel consists of a 6.4-inch FHD+ (2340 x 1080) sAMOLED Infinity-U display, which equates to 403ppi. The screen gets relatively thick bezels on all sides. The front camera is housed in a waterdrop notch, which also contains the speakerphone. This is all protected by a sheet of Corning Gorilla Glass 3. 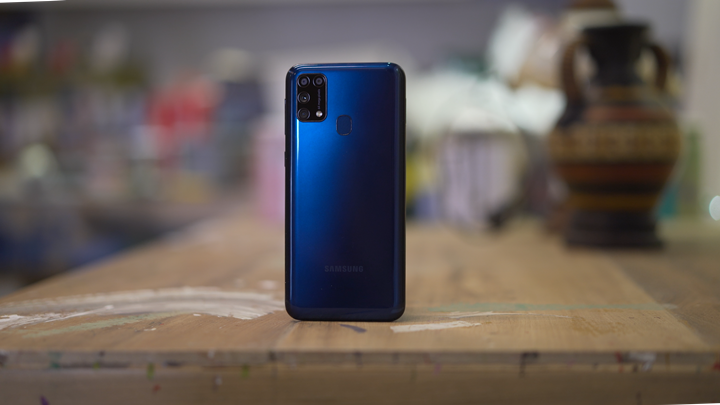 Moving to the back, we get a glasstic panel that curves all the way to the sides. Here we can find the rectangular quad rear camera module as well as the more traditional rear-mounted fingerprint scanner. I say traditional because most of the phones we’ve seen come out this year utilize either a side-mounted or under-display fingerprint scanner. 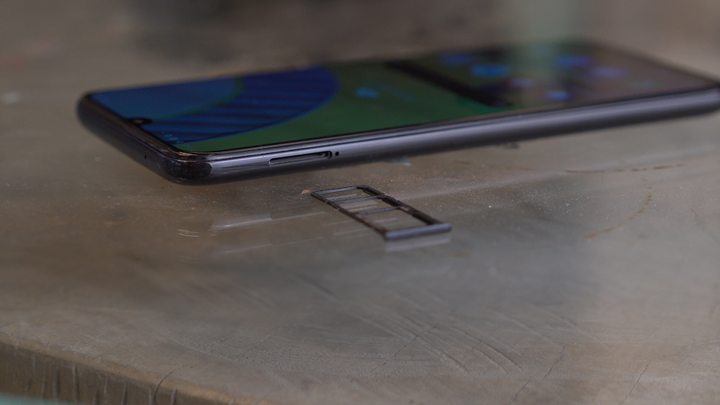 On the left side, we get the triple card tray with dedicated slots for two nano-SIM cards and a microSD card. 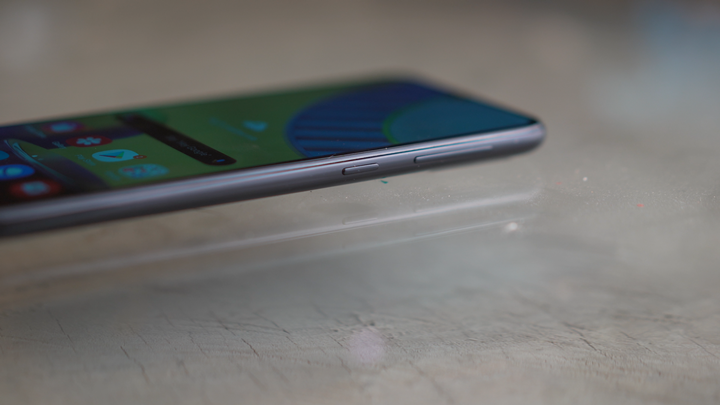 On the right, we get the volume rocker and power button. They’re nice and clicky, although some users may find them to be placed a tad too high. Checking out the bottom, we have the 3.5mm audio port, USB Type-C port, the main microphone, and loudspeaker. On top, we only get the secondary microphone.

Taking a look at the internals, the Galaxy M31 is powered by an Exynos 9611 chipset with a Mali-G72 MP3 GPU plus 6GB of RAM and 128GB of internal storage. 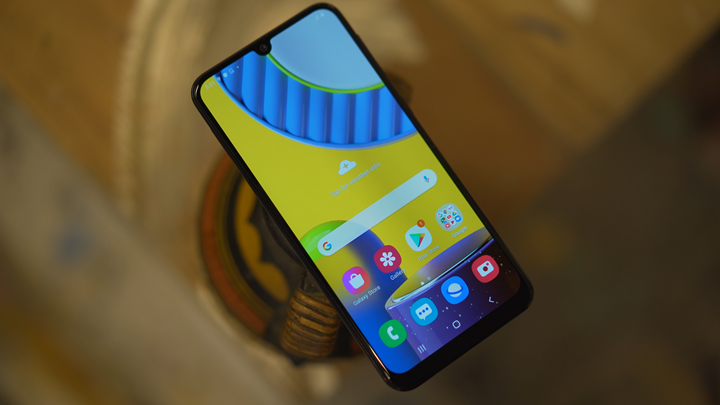 Now, this may be an older platform, but it’s still going to provide solid performance. And besides, the main reason you’d want to get this phone is its 6,000mAh battery that has support for 15W fast charging.

Or perhaps it’s the software experience you’re after, as the Galaxy M31 is running One UI 2.0 on top of Android 10. 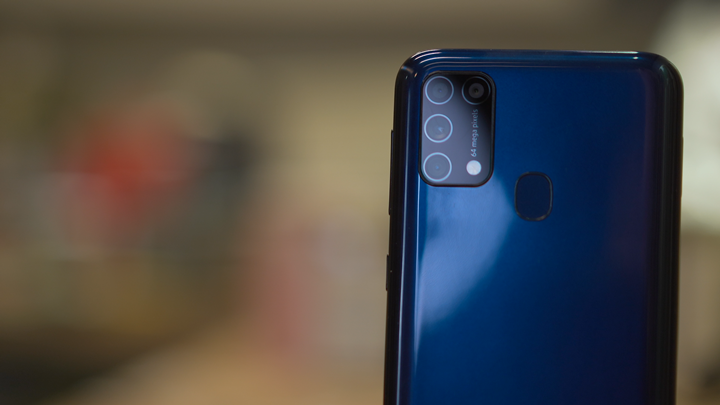 For cameras, we have a quad setup at the rear, consisting of a 64MP main sensor, 8MP ultrawide, 5MP macro, and 5MP depth. For selfies, a single 32MP shooter.  You may check out some of our sample photos below:

Here in the Philippines, the Samsung Galaxy M31 is priced at PHP13,990. This isn’t a bad price at all, considering that the Galaxy M31 is definitely in contention for this year’s mid-range battery king. Stay tuned for our full review.