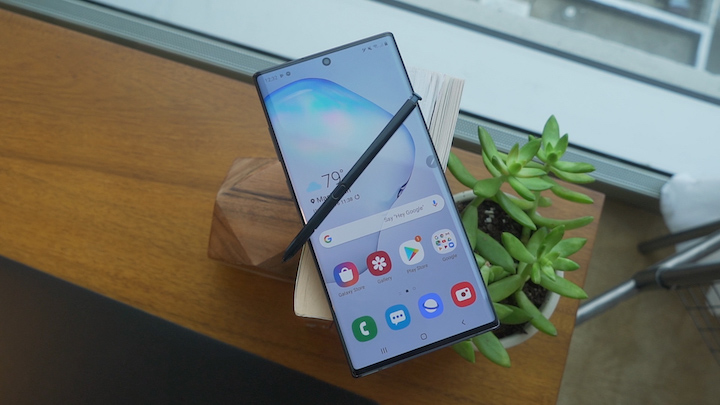 When you compare both the Note10+ and the Note10, you’ll see the big difference in terms of screen size as the former has 6.8-inches while the latter only has 6.3. The whole body is made up of glass which is covered by Corning Gorilla Glass 6, which brings safety to people who have butterfingers. 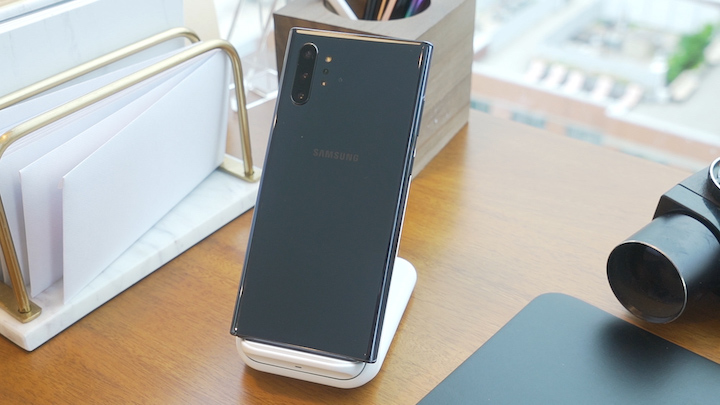 It has a Dynamic AMOLED Infinity O display that comes with a QHD+ resolution. The punch-hole design is now moved at the top-most middle part which looks symmetrical and more pleasing to the eyes as compared to the S10 series’ camera placement. The weird thing here is that it has a single camera set up that comprises of a 10MP front shooter. At the top, you’ll find the hybrid dual-SIM card tray. Looking at the bottom shows the noise-canceling microphone, USB Type-C port, and the S-Pen slot. What’s new here is that Samsung ditched the 3.5mm audio port, which is a bummer, especially for people who are using wired earphones to listen to music or watch movies. 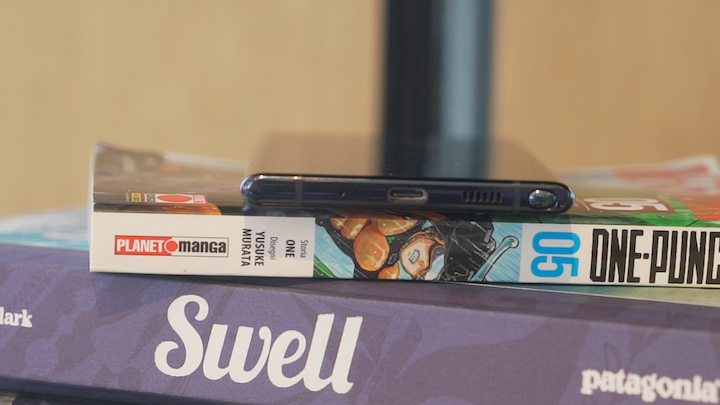 Checking the left side of the device shows the typical volume rocker – power button pairing while the right side doesn’t have any ports or buttons. Another thing that we found out is that Samsung removed the dedicated Bixby button. Flip on its back, and you’ll see the quadruple-camera setup with a 12MP triple aperture adjustment lens + 16MP + 12MP and Samsung’s DepthVision camera which is the Time-of-Flight sensor found in several flagship smartphones released this year. Checking out Samsung’s unique feature for the Note series is the S-Pen which now supports air gestures. You can now control the camera app with switching between the front and rear or switching modes and zooming them in. 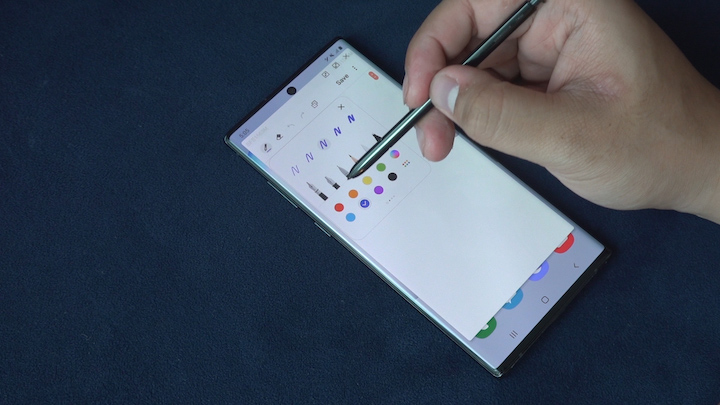 The Galaxy Note 10+’s build quality is solid and premium. Samsung kept its industrial and classy design with its curved glass back and front covering its aluminum frame. It feels relatively light for a 6.8-inch smartphone with its 196 grams of weight. One recurring issue here; however, is that it is a smudge and fingerprint magnet which could be annoying for people with who like their smartphones clean. 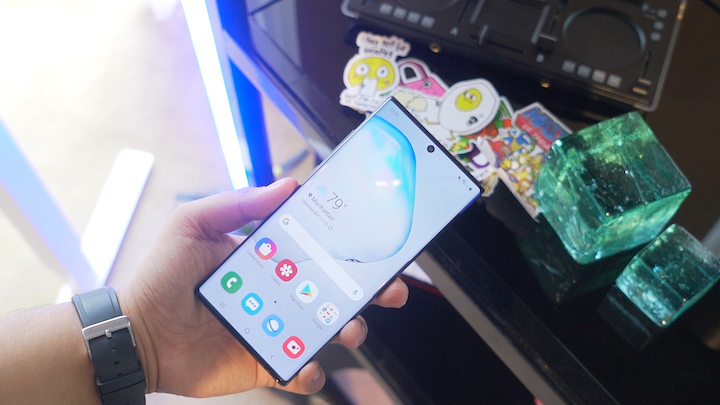 Powering the device is either a Snapdragon 855 chipset or Samsung’s very own Exynos 9825 which is built on a 7nm architecture which is smaller than last year’s 8nm Exynos 9820. It also has a massive 12GB of RAM, which is more than plenty to run multiple apps and multitask at the same time. The Galaxy Note10+ carries a 4,300mAh battery with a 45W fast charging and 20W wireless charging.

We’ll know more once take the Note10+ for a full spin so stay tuned for that. It also has the following prices: