7 reasons why the Galaxy Note 4 is Samsung's best ever

Love it or hate it, the Samsung Galaxy Note 4 will get a lot of attention from people when it releases, and a lot will go for it versus the other huge smartphones in the phablet category that it has pioneered in. However, that doesn’t stop people from doubting the Note – and I’m here to reassure you that Samsung is indeed putting its best foot forward with the Note 4’s release. 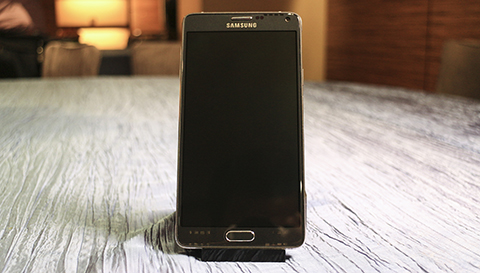 For as long as I can remember, people have been complaining about Samsung’s use of cheap glossy plastic on their flagship phones – me being one of those. The first Note looked okay, then came Hyperglaze on the sequel, then they added on faux leather and a fake stitching to complete the trilogy. Come part 4, it’s just faux leather now, but they’ve finally made the plastic sides metal – and it looks a lot better! However, the faux leather on the back is still plastic, but on the bright side, a lot of us do like it compared to other plastic textures, specifically the one on the S5.

Another thing to note (pun), Samsung may have been forced to play this card right now as there are strong rumors of a huge iPhone coming out soon. If that proves to be true, then the Note series has finally got itself some serious competition.

2. All the latest hardware

Just thinking about a 2560 x 1440 Super AMOLED display makes me want to buy into it already, especially with the Note’s size, we’re sure to enjoy all the colors, the pixels, and the clarity. Not only that, but the Note 4 is also an S5 improved in a lot of ways, jumping from a Snapdragon 801 to an 805, from 2GB RAM to 3GB RAM and a lot more, still including the heart rate monitor and the fingerprint scanner – love it or hate it. 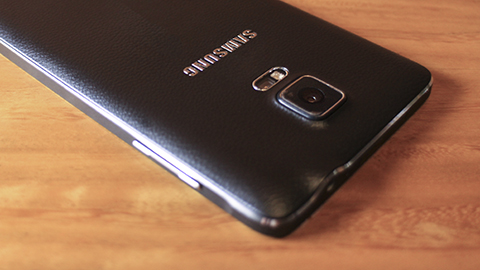 Even if you’re coming from a Galaxy S5, there’s sure to be some improvement when taking pictures. For one, there’s finally optical image stabilization to help lessening the shaking and the blurring when taking photos. Then, if you’re fond of taking selfies, a 3.7 megapixel front-facing camera with a wider angle will surely satisfy.

Samsung focused a lot of their efforts on hardware on this Note iteration, and I think that’s a good thing. All of the things you can do on the Note’s stylus already has a steep learning curve – adding a lot more into that can make it messier. So, Samsung barely highlighted the software in the announcement, but they seem to have polished it and added only very little. For Android skinning, I do believe that in most cases, less is more, and while Touchwiz still looks it needs improvement, it’s getting there.

5. It’s still the king of multitasking

Multi-window, 3GB RAM, having working apps on top of each other and dragging content from one app to another – those are just a few things found in the Galaxy Note 4, proving it to be a very capable multitasker. Add to that the fact that you’re working on a spacious 5.7-inch display, and for sure you’ll get some work done that other phones can’t do or if they can, they’ll do slower. 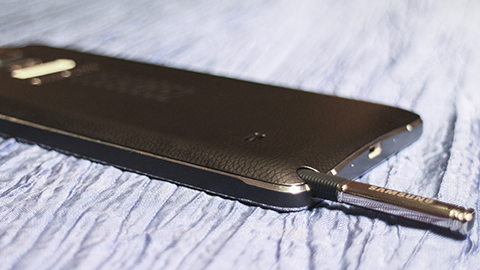 A lot of companies have tried to replicate this smartphone’s competitive advantage, and they have all failed miserably. One secret to the Note’s success is the stylus, or as Samsung would market it, the S-Pen. If you’re one to take a lot of notes, draw and write on files on the go, then there is no other option out there – the Galaxy Note is really the one to beat. For those who are not excited with the thought of a stylus, well you can always just keep inserted in the back and not use it. Whether or not you use it, there’s no denying that it’s more than just a gimmick.

7. Samsung’s best phone is not the Galaxy Note Edge

If you haven’t heard about the Galaxy Note Edge, it’s basically everything that the Note 4 is, but with a curved display falling over to the right side, and is expected to be priced higher than the Note 4. On this, we’d like to say that while the Note Edge carries Samsung’s best technologies, the Note 4 is still the one I’d bet on as the Edge is still a first generation product and has a lot of improvement to undergo before finally achieving the title of Samsung’s best smartphone in their lineup. It will still need developers for that edge, and Samsung has to do something with that lack of symmetry which some people find weird, especially for left-handed users.

Maybe the next iteration will have the curve on both sides, or maybe next year, we’ll find a curved display on the Note. Who knows? For now, the Note Edge remains a statement that Samsung can do these kinds of things, but just because something is different doesn’t make it the best. (But hey, the Note was once different and weird. Look where crazy got it now.) But of course, the Galaxy Note 4 does have its disadvantages and shortcomings. A lot of people may have expected 64-bit, 4GB RAM and a few more – and while it could be just me, I would have preferred it more if it was waterproof like the Galaxy S5.

The Samsung Galaxy Note 4 is the company’s best ever, but competition is just around the corner, and we have yet to see how everything will play out. Local pricing and availability are also yet to be announced so you have to stay tuned for that. Are you interested in getting a Galaxy Note 4? Or do you like the Galaxy Note Edge? Neither? Feel free to leave your insights in the comments section down below.