It seems like a handful of information about upcoming smartphones are scattered all over the Internet today as another report surfaces about Samsung‘s next phablet — the Galaxy Note 5. 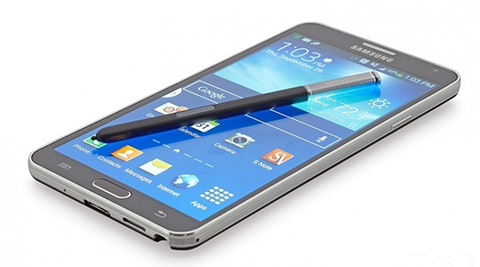 The fifth iteration of the premium phablet might fly solo during its launch as the company may not opt to go for a tandem release like what it did with the Note 4 and Note Edge last year. Instead, the company might release a successor to the Note Edge at a later date with specs like 5.4 or 5.5-inch Super AMOLED display, Snapdragon 808 CPU, 16GB storage, 16MP camera with OIS, 8MP front cam, and an S-Pen stylus.

As for the Note 5 that should launch this September, it’s been reported that it might have a 2K and 4K Super AMOLED displays. Just like before, internals should be top-notch and we could be seeing an Exynos 7422 processor which is touted as Samsung’s first ever all-in-one chip with processor, GPU, RAM, storage, and modem all packed in one single chip. That, or an Exynos 7430 chip may be seen when the device makes official arrival.