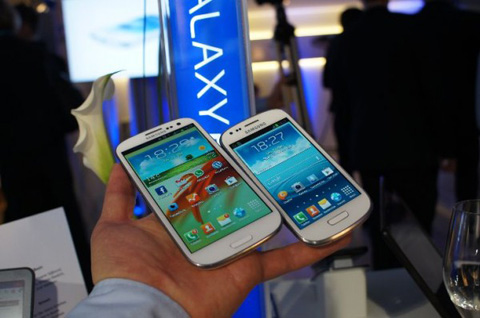 The Galaxy S3 Mini looks similar to its bigger brother but with a smaller body. However, it still packs a lot of punch especially for a smartphone with the word ‘mini’ bound to its name. For starters, it has a 4-inch Super AMOLED screen with WVGA resolution, a 5 megapixel camera with LED flash and will be available in 8GB and 16GB variants. Under the hood is a ST-Ericsson NovaThor chipset with dual Cortex-A9 cores clocked at 1GHz, 1GB of RAM, Mali-400 GPU and runs Android 4.1 Jelly Bean.

The Samsung Galaxy S3 Mini is expected to launch in November. No official pricing as of the moment but some stores in the UK are pricing it at Â£298 or approximately Php20,000.