We finally got a more time with the elusive Samsung Galaxy S5 today during the tutorial hosted by Samsung in their SM Aura Store. The smartphone is scheduled to be released on April 11 but the media launch is already set for tomorrow, April 3. 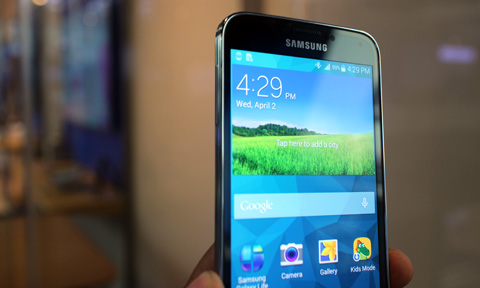 We’ve had several short encounters with the Galaxy S5 since the MWC in Barcelona and in all those occasion, we’ve always mistaken it for the Galaxy S4.

Of course, there are some tell-tale signs that it’s the S5 and the most obvious one is the dimpled back panel.

We suggest watching this short hands-on video to get acquainted with it:

The Galaxy S5 is more powerful and Samsung made sure that’s evident. It has a monster of a specs with additional features we’ve also seen elsewhere.

So one of the first things we did was to take some benchmarks of the handset. 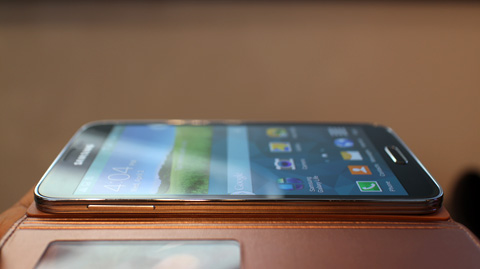 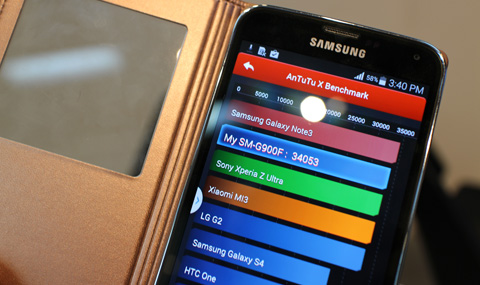 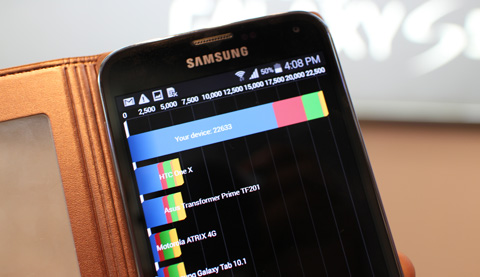 What we were a bit surprised is the frame rates it got with Nenamark 2 which is just 50fps. The full HD resolution could be the culprit. 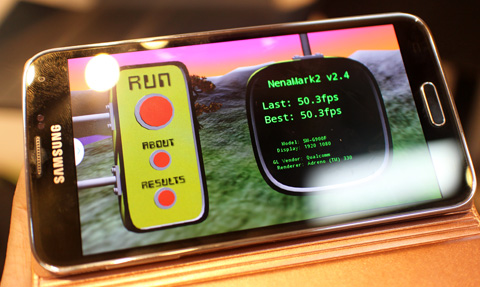 While there were a lot of jokes going around about the back panel of the Galaxy S5, we think it wasn’t a bad idea after all.

Besides, with an IP67 rating, making the handset water-proof means it should not have the same faux-leather design as the one on the Galaxy S4 Black Edition or the Note 3. 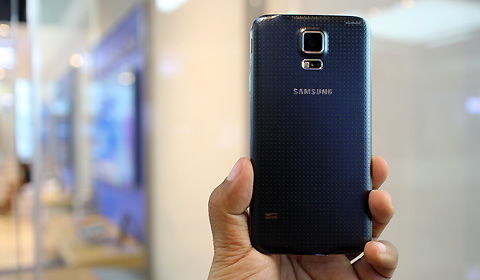 Then, during those times that it has to be submerged or soaked in water, the dimpled back cover allows for much better grip. In essence, Samsung actually created the Galaxy S5 around the design principle they executed with the Galaxy S4 Active.