Samsung has released three new devices today, and one of them is their newest flagship tablet, the Galaxy Tab S4. Check out our hands-on and first impressions below. Let’s go! 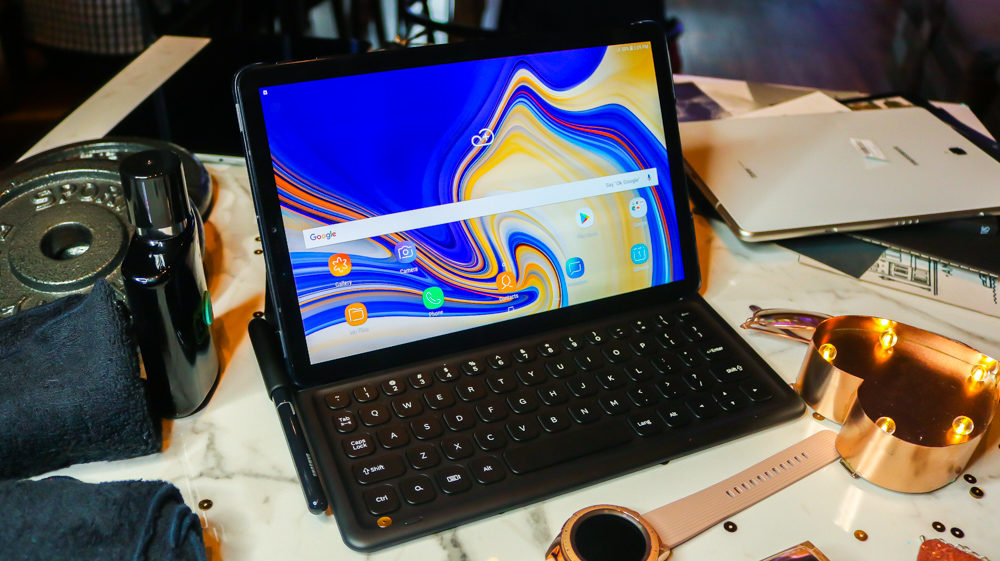 The first thing that you’ll notice with the Tab S4 is its thin top and bottom bezels. Compared to its predecessor, the Tab S3, the Tab S4 does not have any physical or capacitive buttons, as well as a fingerprint scanner which is a bit of a downer, to make the thin bezel design possible. Other than that, it basically retains the same metal frame with glass front and back panels. On the right are the volume rockers and power button along with the tray containing single SIM card slot and a microSD card slot that can accommodate up to 400GB capacities. The buttons are placed at the upper right corner which can be a bit of reach, but they’re clicky and tactile when pressed which is always a plus for me. 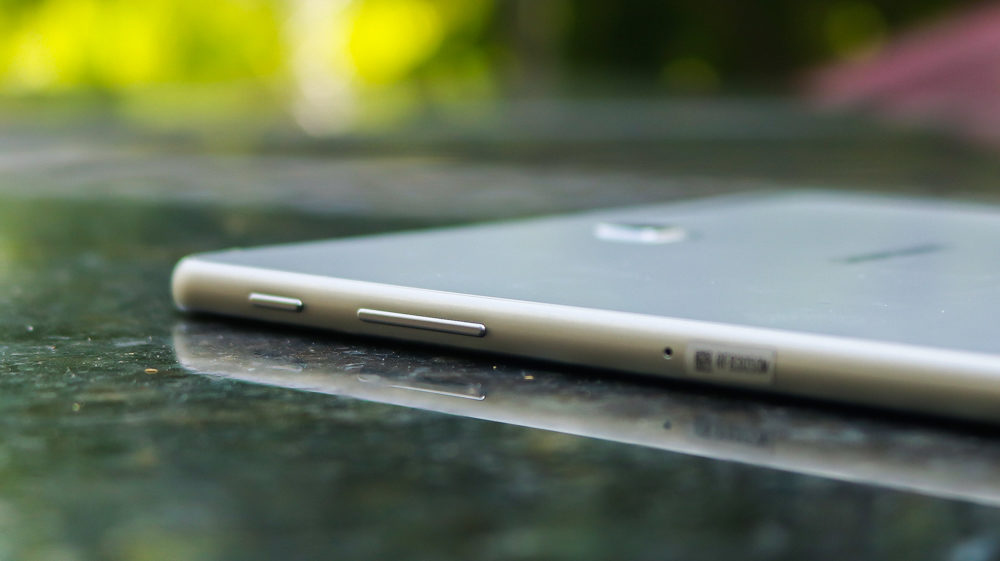 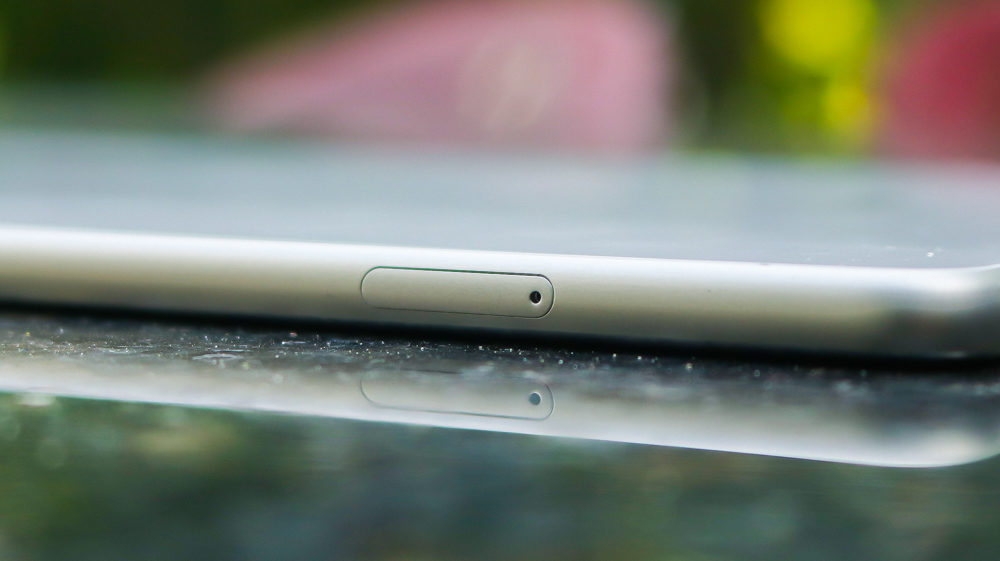 On the left are the pins for the POGO charging dock and the keyboard book cover add-on. At the top are two Dolby Atmos speakers and a microphone. 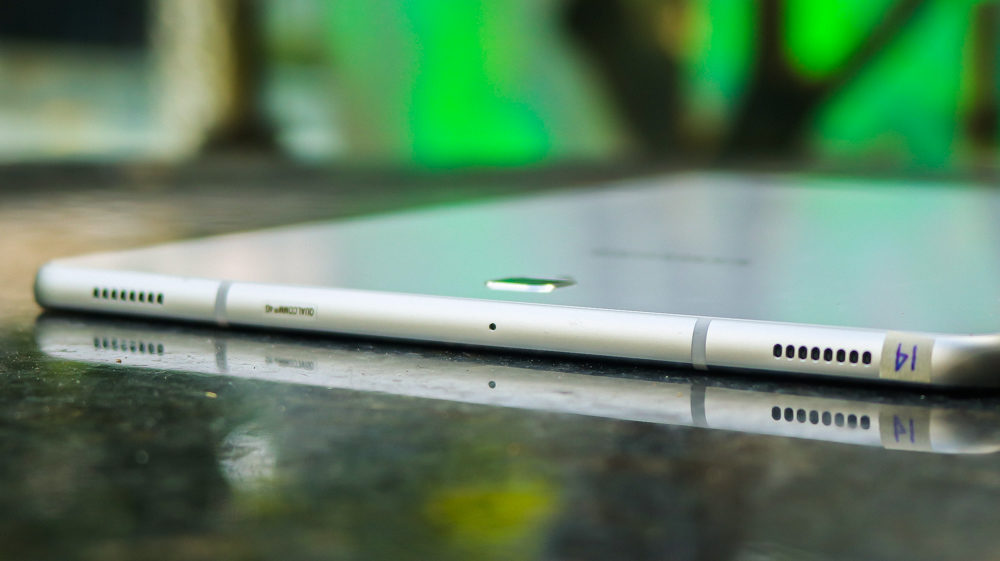 Down at the bottom are two more Dolby Atmos speakers, a 3.5mm audio port, and USB Type-C port which can also be used with the Samsung DeX HDMI adapter just like the Galaxy Note9. Do note that this is the first Galaxy Tab device to support the said feature. 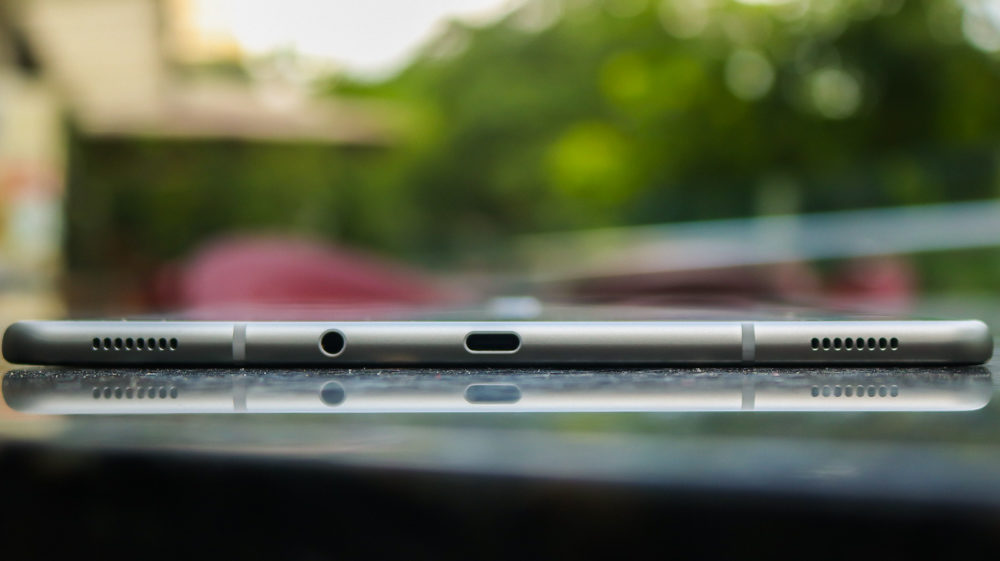 Flip on its back and you’ll see the 13MP camera along with the LED flash. 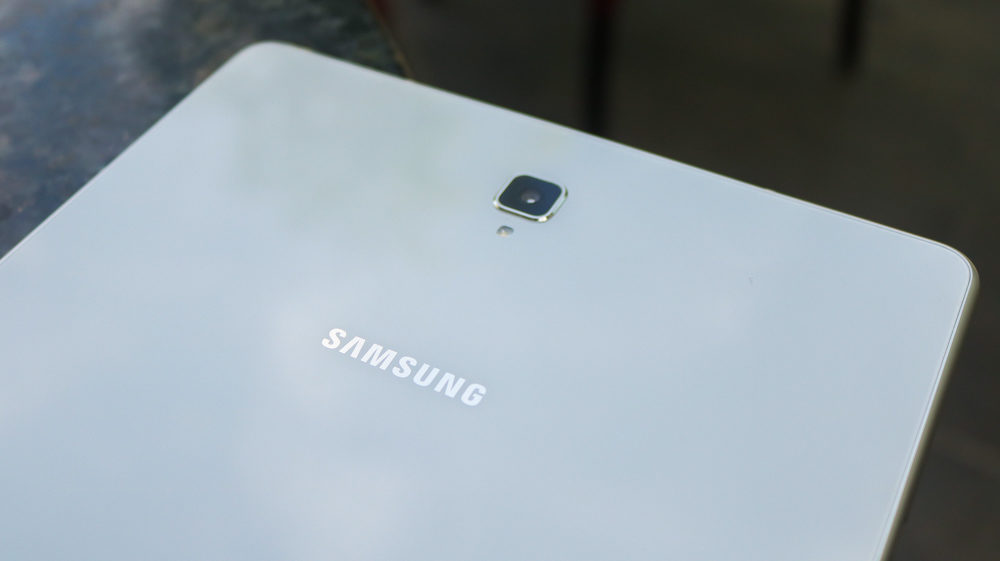 In the hands, the Tab S4 feels solid, premium but at the same time, bulky and heavy with its increased thickness (7.1mm) and mass (482g/483g) compared to its predecessor (6mm and 429g). As always, my problem with glossy devices is that it is slippery and prone to fingerprint marks and smudges but it can be remedied by equipping a keyboard book cover, which is, however, sold separately. 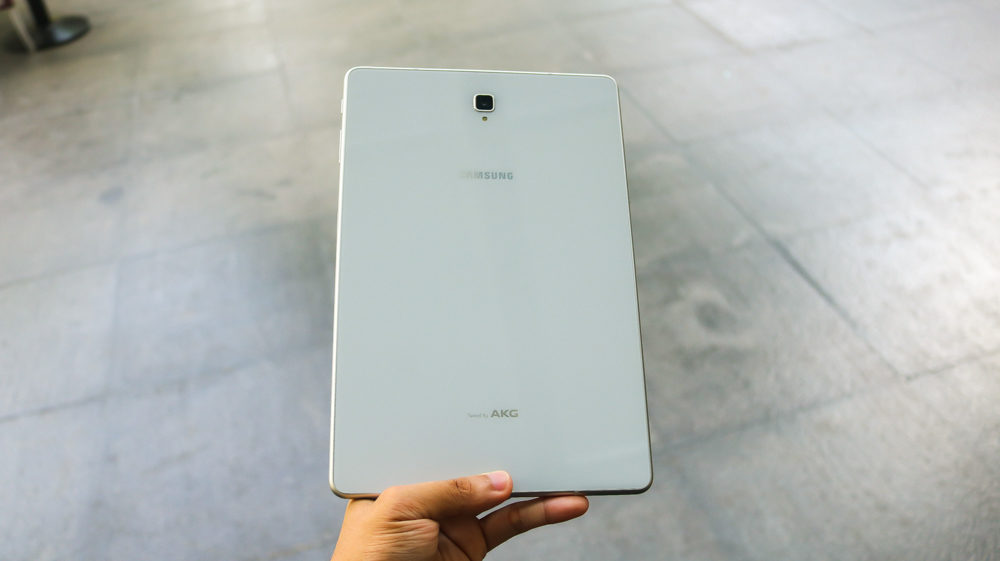 The Tab S4 comes with its own S-Pen which is aesthetically different from its predecessor. It is now more rounded and has a glossy texture with a metallic accent in the middle. The button is easily reachable and is clicky and tactile when pressed. Overall, it works well and is comfortable to use. 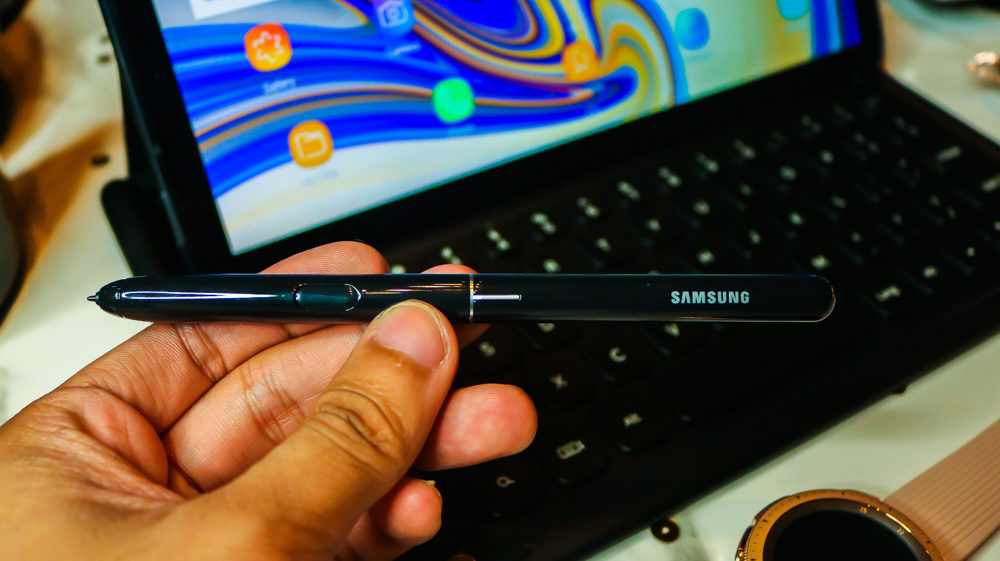 Powering the Tab S4 is a Snapdragon 835 processor, Adreno 540 GPU and 4GB RAM. Doing simple navigations such as browsing, file transferring, multi-tasking, and playing games is a breeze since the device carries a previous generation flagship chipset with enough RAM to keep things running smoothly. It also runs on Android 8.1 Oreo so the user interface is up to date. 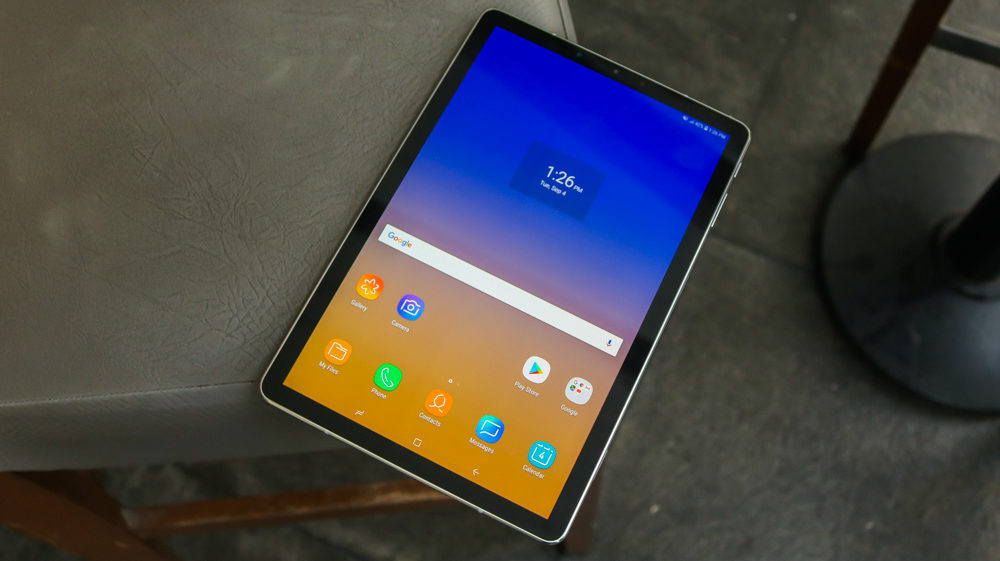 We’ll know more once we take the Samsung Galaxy Tab S4 for a full spin in the coming days so stay tuned!

The Samsung Galaxy Tab S4 is priced at Php44,990 and is available on official Samsung stores nationwide.